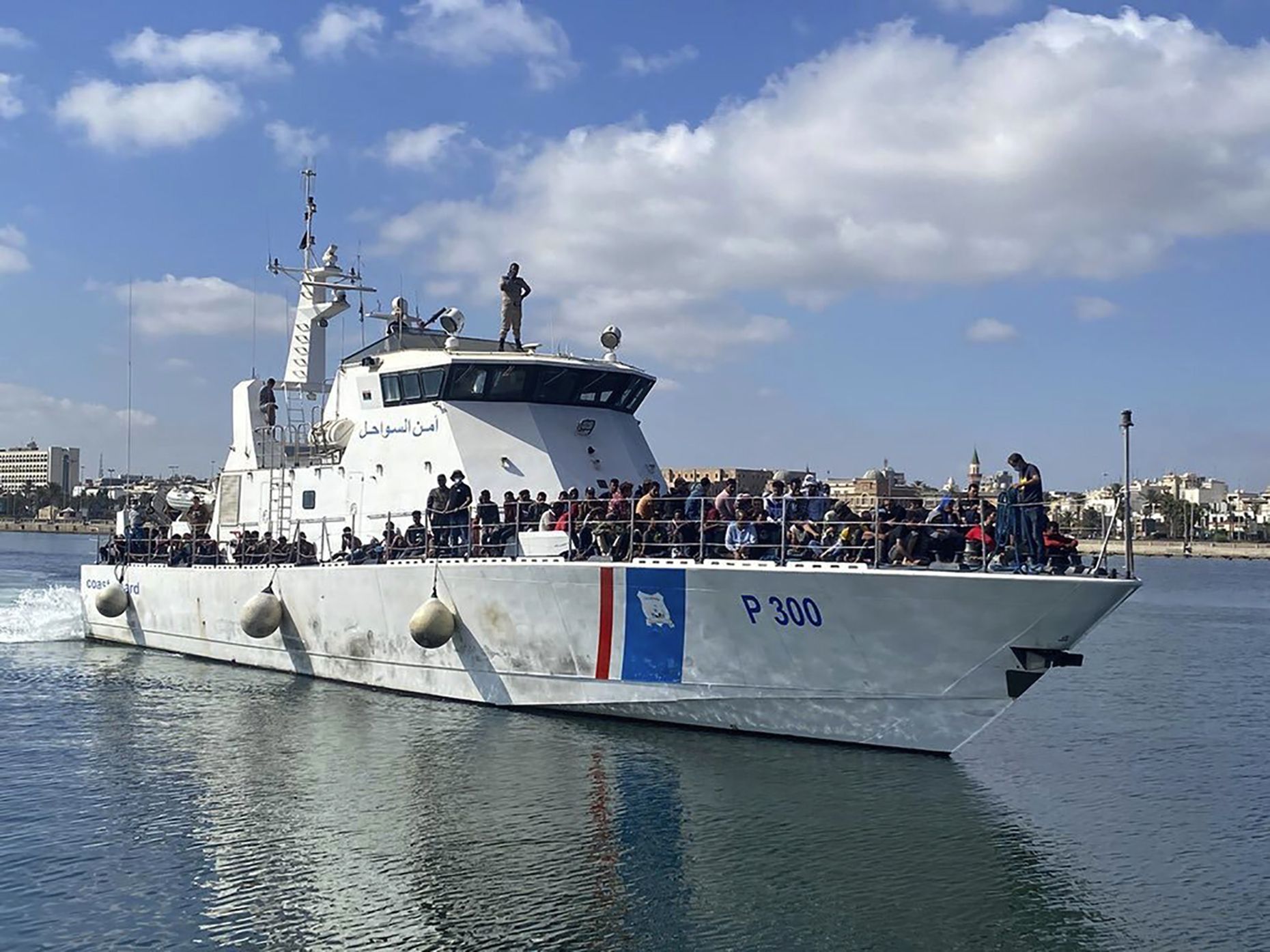 Libya’s coast guard intercepted Wednesday four boats in the Mediterranean Sea carrying migrants trying to reach Europe, a U.N. official said. According to the migrants, 20 people from one of the vessels had gone overboard earlier in the day and were presumed to have drowned.

The circumstances under which the migrants went overboard were unclear, said Safa Msehli, a spokeswoman for the International Organization for Migration. The vessel was overcrowded as many of the rubber dinghies and dilapidated boats smuggling the migrants typically are.

It was the latest disaster in the Mediterranean involving migrants seeking a better life in Europe.

Since Tuesday, a total of seven vessels smuggling hundreds of migrants were intercepted off Libya’s coast, Msehli also said. Around 500 migrants, including nine children and 43 women, were returned to shore and taken to the Mabani detention center in Tripoli, she said.

Many of the migrants were exhausted and suffered from dehydration, she added.

There has been a spike in crossings and attempted crossings from Libya in recent months. Amnesty International has said that in the first six months of this year, more than 7,000 people intercepted at sea were forcibly returned to detention camps in Libya.

“The situation in the central Mediterranean is a humanitarian crisis,” Msehli said. “We are in July, and already have exceeded the number of interceptions for the entire year of 2020.”

An IOM report earlier this month said the number of migrants and refugees who died while attempting to reach Europe on dangerous sea crossings more than doubled so far this year, compared to the first six months of 2020.

The report said at least 1,146 people perished between January and June, with the Central Mediterranean route between Libya and Italy being the deadliest, claiming 741 lives.

The deadliest shipwreck so far this year took place on April 22 off Libya, when 130 people drowned despite the ship sending multiple distress calls.

Libya has in recent years emerged as the dominant transit point for migrants fleeing war and poverty in Africa and the Middle East. The oil-rich country plunged into chaos following a NATO-backed uprising that toppled and killed longtime autocrat Moammar Gadhafi in 2011.

Rights groups and officials at U.N. agencies that work with migrants and refugees have for years now cited survivor testimony about systematic abuse in the detention camps in Libya, including forced labor, beatings, rapes and torture. The abuse often accompanies efforts to extort money from families before migrants are allowed to leave Libya on traffickers’ boats.

Earlier in July, Libyan maritime authorities acknowledged that one of their coast guard vessel had fired warning shots at a migrant boat it was chasing in the Mediterranean, in an apparent effort to stop it from crossing to Europe and endangering the lives of the migrants onboard.