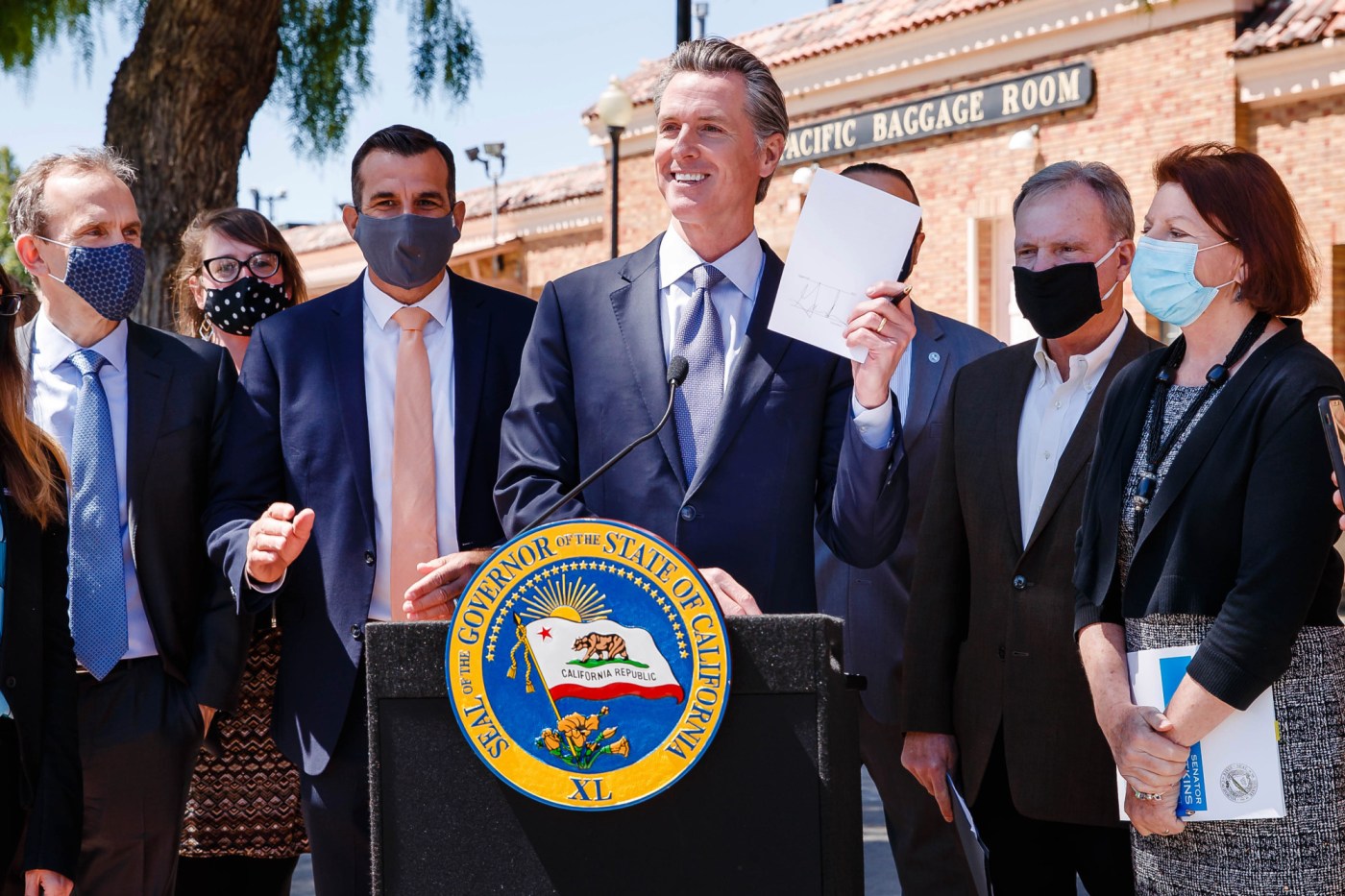 SACRAMENTO – Analysis of the recall effort of Gov. Gavin Newsom has shifted from questions about whether this special election will take place to when it will happen. Recall supporters seem to have gathered plenty (2.1 million) of signatures to qualify the measure for the ballot, so Democratic Lt. Gov. Eleni Kounalakis will soon get to select a date.

As the Mercury News explained, the state Department of Finance had 30 days to estimate the costs of the election, which it completed this week, and now a legislative budget committee has 30 days to review that estimate. But Democratic leaders needn’t wait the full time to proceed and, as the newspaper noted, many of them believe that sooner is better than later.

Political observers had expected a fall election, but this one might take place in August, when Californians are surfing and vacationing rather than stewing about politics. It’s easy to understand why Newsom’s supporters want to quickly dispense with this annoyance. The state is re-opening, the governor is spending an unexpectedly large budget surplus, and his poll numbers are high.

Even more daunting for Newsom’s opponents, the state’s politically dominant public-sector unions are pulling out the stops to save the governor. “California educators stand in strong opposition to the recall of Gov. Gavin Newsom,” said California Teachers’ Association president E. Toby Boyd in a recent statement. Who can blame the CTA?

Newsom pushed the public schools to reopen earlier than they had wanted (hey, why open up when you’re paid to stay at home?), but ultimately forced districts to negotiate with the unions before returning to classroom education. More broadly, Newsom signed a package of CTA-priority bills that will hobble the charter-school competition.

California’s largest state workers’ union, SEIU Local 100, held an emergency meeting to pledge $1 million to defeat the recall. Again, who can blame them? Newsom has spent record amounts on the state bureaucracies, has resisted reforms that would revamp the way those bureaucracies operate, and boosted pay following some modest, pandemic-related rollbacks.

Recalls depend on throngs of volunteers, but the governor “is counting on a union-heavy army of allies to make up the difference,” Politico reported. It pointed to an expected “mass mobilization effort, dispatching members to doorsteps across the state.” Newsom’s subservience to the unions is the best reason to recall him. With the condensed timeline, that’s unlikely to become a salient issue.

We need to face reality. The recall, however justified, is going to be a bust. I’ve admittedly always been ambivalent about it. On the plus side, it gained steam during crucial points in the pandemic and arguably pushed Newsom to step up the re-openings and return some money to taxpayers rather than squander it all on government programs.

“Suffice it to say, so far as the recall is concerned, did the solution of the matter rest with me, I would apply it to every official,” said Gov. Hiram Johnson, in his 1911 inaugural address. He saw it as a means to keep all elected officials on their toes, but never mentioned that an unsuccessful recall will embolden …read more

SF Giants’ patient plan at the plate is paying off in walks, home runs

Israel braces for unrest ahead of right-wing Jerusalem march