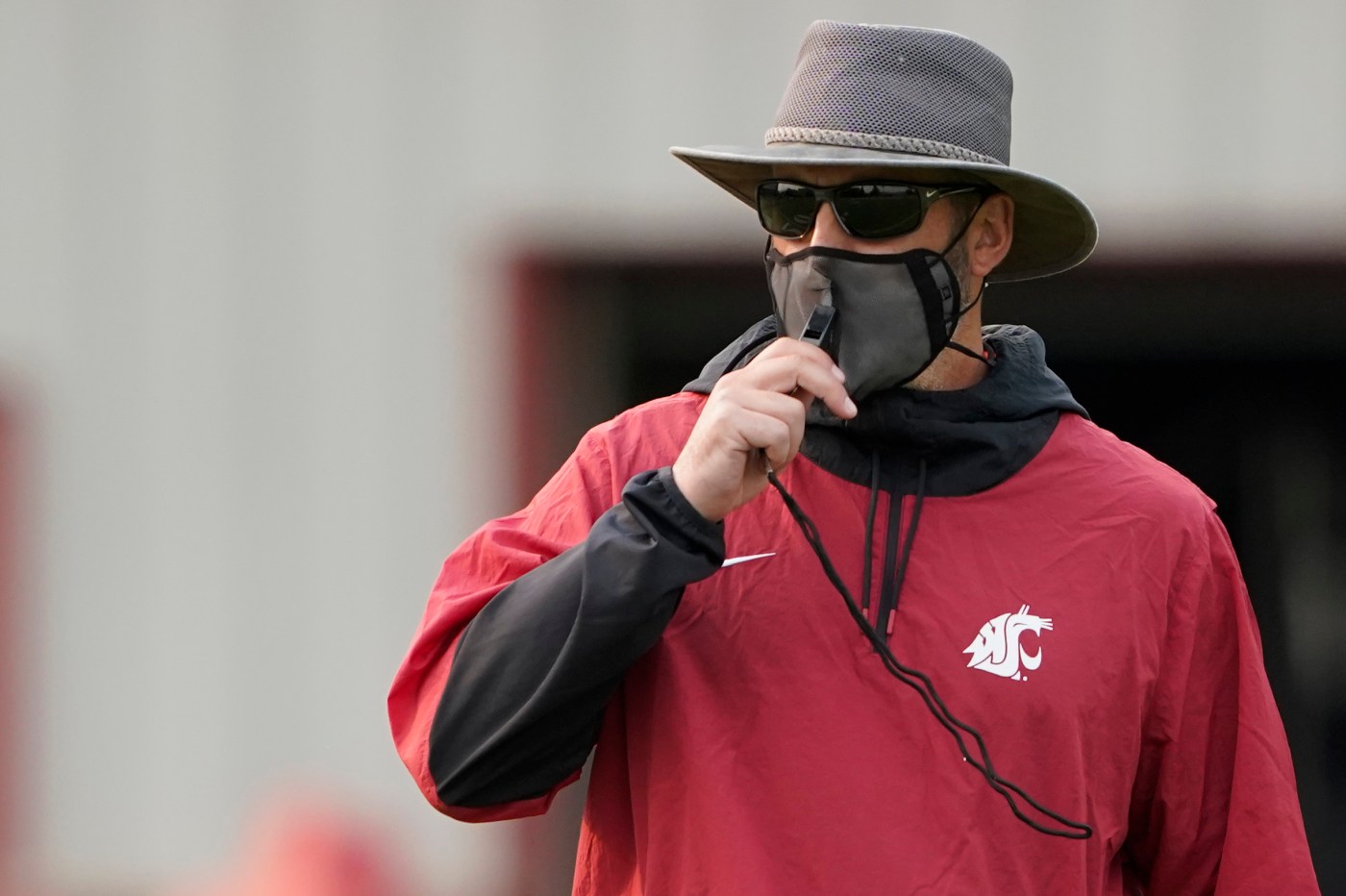 Washington State coach Nick Rolovich is seeking a religious exemption from the state mandate and has declined to get vaccinated despite urging of his mentor, according to a published report.

USA Today’s account is based on comments by June Jones, who coached Rolovich at Hawaii.

“He believes the way he believes, and he doesn’t think he needs it,” Jones told the publication. “It’s like I told him: It’s not about him anymore. It’s about the people around you and the credibility of the university, and he’s got to take one for the team.”

Rolovich announced in July that he had declined the COVID vaccine but kept his reasons private. A month later, Washington Gov. Jay Inslee issued a mandate requiring state employees in higher education to get vaccinated by Oct. 18. The order allows for exemptions for medical and religious reasons.

If he doesn’t comply with the mandate, Rolovich could lose his job in the middle of the season.

Meanwhile, his anti-vaccination stance has created an awkward situation for Washington State, an R1-level research institution (highest classification) with a medical school.

Rolovich is the state’s top-paid employee — he earns approximately $3 million annually with a contract that runs through the 2024 season — and the face of the university’s highest-profile entity.

“A most universities, people pay attention to what the university president, the football coach, the basketball coach and the athletic director have to say — that’s just the reality,” WSU president Kirk Schulz told the New York Times.

“People look at them for leadership because they’re highly visible and highly compensated. It doesn’t help when you have people who are contrary to the direction we’re going.”

Inslee’s mandate doesn’t have a test-out option, allow for philosophical exemptions or provide guidance on how state institutions should define the criteria for religious and medical exemptions. So WSU worked with the state attorney general’s office to set a framework, then trained a team of people to evaluate the requests.

Rams at New York Giants: Who has the edge?

Rolovich had until Oct. 4 to file his request for a religious exemption. The form, available online, has six questions:

(Note: WSU has implemented a blind review process, so identifying marks for all employees will be removed when the panel evaluates the requests.)

— Question 2: “Describe the sincerely held religious belief, practice, or observance that is the basis for your request for a religious exemption/accommodation to WSU’s COVID-19 vaccination requirement.”

— Question 4: “How long have you held the above religious belief, practice, or observance?”

— Question 5: “If you have ever received a FDA authorized or approved vaccine at any time in your life, please explain how your sincerely held religious belief, practice, or observance causes you to object to the COVID-19 vaccine compared to other vaccines you received.”

The form then …read more