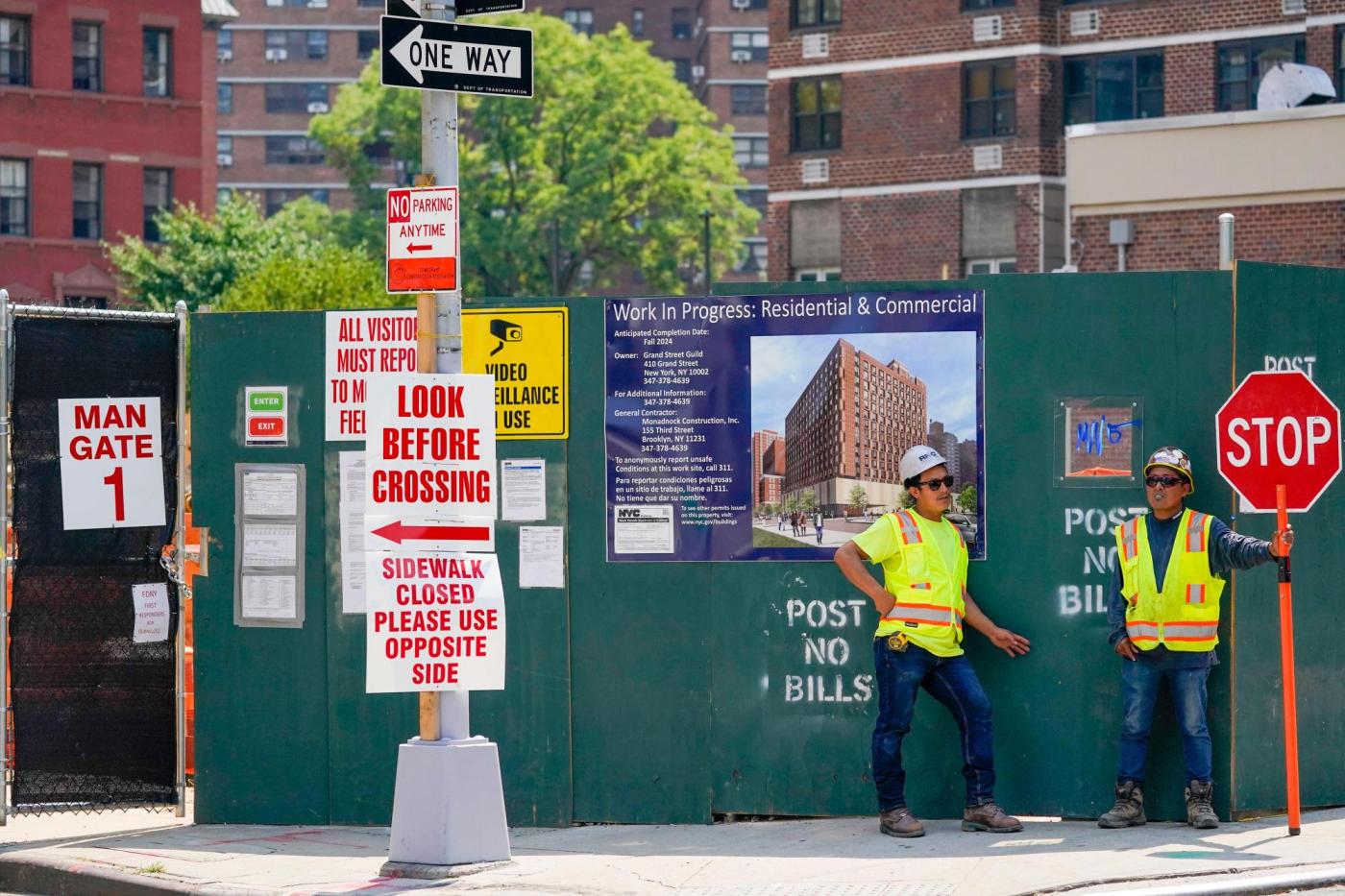 WASHINGTON (AP) — Defying anxiety about a possible recession and raging inflation, America’s employers added a stunning 528,000 jobs last month, restoring all the jobs lost in the coronavirus recession. Unemployment fell to 3.5%, lowest since the pandemic struck in early 2020.

July’s job creation was up from 398,000 in June and the most since February.

The red-hot jobs numbers from the Labor Department on Friday arrive amid a growing consensus that the U.S. economy is losing momentum. The U.S. economy shrank in the first two quarters of 2022 — an informal definition of recession. But most economists believe the strong jobs market has kept the economy from slipping into a downturn.

That surprisingly strong jobs numbers will undoubtedly intensify the debate over whether the U.S. is in a recession or not.

“Recession – what recession?’ wrote Brian Coulton, chief economist at Fitch Ratings, wrote after the numbers came out. “The U.S. economy is creating new jobs at an annual rate of 6 million – that’s three times faster than what we normally see historically in a good year. ‘’

Economists had expected only 250,000 new jobs this month.

The Labor Department also revised May and June hiring, saying an extra 28,000 jobs were created in those months. Job growth was especially strong last month in the healthcare industry and at hotels and restaurants.

Hourly earnings posted a healthy 0.5% gain last month and are up 5.2% over the past year — still not enough to keep up with inflation.

The strong job numbers are likely to encourage the Federal Reserve to continue raising interest rates to cool the economy and combat resurgent inflation.

There are, of course, political implications in the numbers being released Friday: Voters have been worried about rising prices and the risk of recession ahead of November’s midterm elections as President Joe Biden’s Democrats seek to maintain control of Congress. The unexpectedly strong hiring number will be welcomed at the White House.

The economic backdrophas been troubling: Gross domestic product — the broadest measure of economic output — fell in both the first and second quarters; consecutive GDP drops is one definition of a recession. And inflation is roaring at a 40-year high.

The resiliency of the current labor market, especially the low jobless rate — is the biggest reason most economists don’t believe a downturn has started yet, though they increasingly fear that one is on the way.

Recession is not an American problem alone.

In the United Kingdom, the Bank of England on Thursday projected that the world’s fifth-largest economy would slide into recession by the end of the year.

Russia’s war in Ukraine has darkened the outlook across Europe. The conflict has made energy supplies scarce and driven prices higher. European countries are bracing for the possibility that Moscow will keep reducing — and perhaps completely cut off — flows of natural gas, used to power factories, generate electricity and keep homes warm in winter.

If Europeans can’t store enough gas for the cold months, rationing may be required by industry.

Economies have been on a wild …read more

Golden Globes 2021: The Complete List of Nominees | Entertainment Weekly
Not even the beach offers refuge from this summer’s heat

How to Watch Taylor Fritz vs. Daniel Evans at the 2022 Citi Open: Live Stream, TV Channel