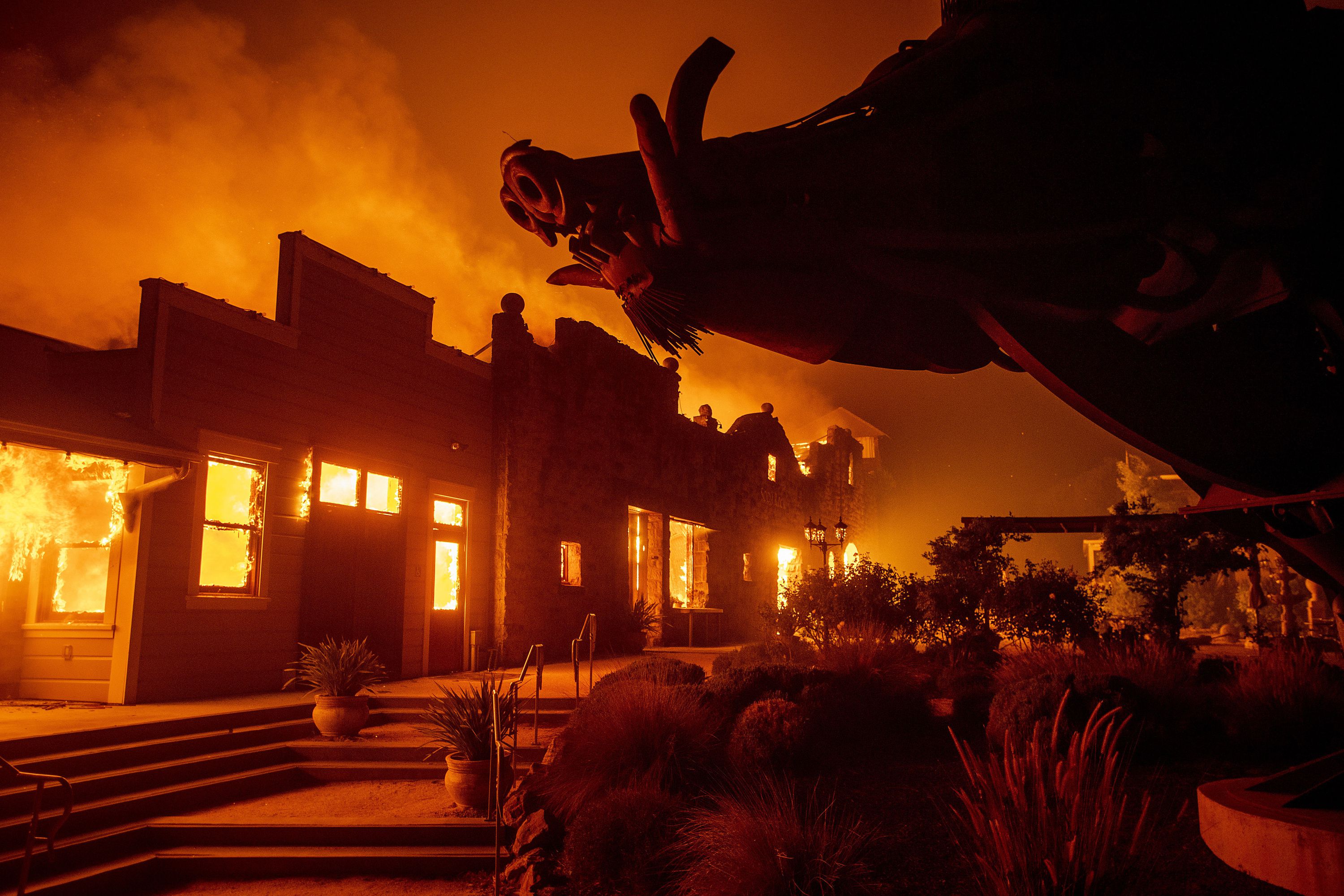 A federal judge is weighing whether Pacific Gas & Electric violated its criminal probation by sparking a wildfire north of San Francisco that destroyed more than 100 homes and injured six firefighters in October 2019.

Prosecutors and attorneys for PG&E; appeared at a hearing Tuesday before U.S. District Judge William Alsup, a month after the Sonoma County district attorney charged the company with five felony and 28 misdemeanor counts for a fire that destroyed 374 buildings and launched the largest evacuation in the county’s history, with nearly 100,000 people forced to flee.

PG&E; has accepted investigators’ findings that its transmission line ignited the fire that burned through 120 square miles (311 square kilometers), but it has denied committing any crimes. It is trying to have two-thirds of the charges thrown out on the grounds that its alleged violations of state air pollution laws don’t constitute a crime.

Federal probation officer Jennifer Hutchings alleged that the 2019 Kincade Fire violated the company’s probation from the 2010 explosion in its natural gas lines that blew up a neighborhood in San Bruno, a suburb south of San Francisco, which led to Alsup’s appointment overseeing the utility’s operations.

One of the probation terms was that the utility, which serves about 16 million people, not commit another federal, state or local crime.

Alsup said he will consider imposing additional probation conditions because of the fire, adding that “losing 100 homes is catastrophic really. There’s no other way to describe it.”

The judge has repeatedly found that the company violated other probation conditions, and each time has imposed more conditions on the company.

PG&E; last year pleaded guilty to 84 felony counts of involuntary manslaughter igniting the 2018 Camp Fire in Butte County that largely destroyed the town of Paradise in the deadliest and most destructive wildfire in California’s recorded history.

Ratepayer advocate and former San Diego city attorney Michael Aguirre argued Tuesday that PG&E; is intent on running out the clock without making any fundamental changes to improve safety before Alsup’s supervision ends in January.

“They are a convicted felon on probation who has just been found to have engaged in additional safety violations that have caused 100 homes to be destroyed,” Aguirre said.

Alsup said he is highly unlikely to accept a proposal by Aguirre for him to appoint a trustee or receiver to oversee the utility, in part because PG&E;’s federal probation term runs out in January. Alsup said he has no power to extend it, so any overseer would also lose power in January.

Holding hearings to weigh whether to appoint a trustee would also divert staff from their primary duty of preventing the company’s equipment from sparking more wildfires as California enters what officials fear will be a particularly dangerous drought-driven wildfire season.

What does potency have to do with taxing marijuana? Ask the lawyer