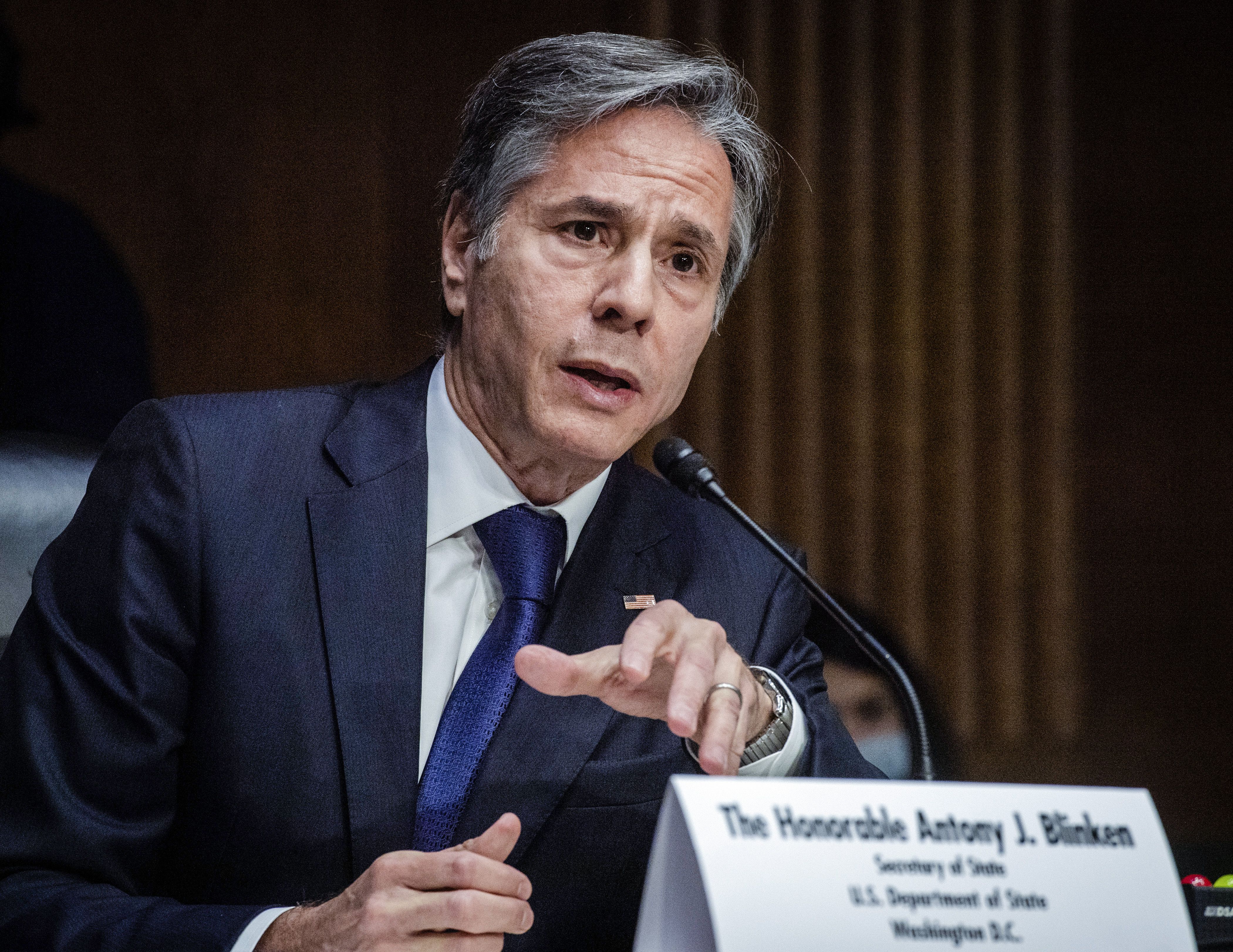 The Biden administration is releasing nearly $200 million in military aid to Egypt but will hold back millions more over human rights concerns, the State Department said Tuesday in an announcement quickly criticized by rights groups and some lawmakers.

The department said Secretary of State Antony Blinken would withhold $130 million of $300 million in military financing for Egypt due to the concerns. It said he would allow the rest go through to preserve U.S.-Egypt security engagement that Washington believes is critical to Mideast stability.

The $170 million to be released will be sent using authority the administration has to waive human rights conditions placed on the assistance by Congress. Under federal law, the secretary of state must certify that Egypt is meeting those conditions or issue a waiver for the aid to be sent.

The department said Blinken was unable to certify compliance but added that continued engagement with Egypt is a critical U.S. national security interest. The decision was criticized by human rights groups and some lawmakers as an indication the Biden administration is reneging on pledges to put human rights at the center of its foreign policy.

“Because we are continuing to discuss our serious concerns about human rights in Egypt, the secretary of state will not certify that the government of Egypt is taking sustained and effective steps related to the legislative human rights-related conditions” on the aid, the department said.

Nonetheless it said the administration would provide the majority of the assistance for border security, nonproliferation and counterterrorism programs while withholding the remaining $130 million. The withheld amount will be released “if the government of Egypt affirmatively addresses specific human-rights related conditions,” the department said.

Anticipating criticism of the announcement, which was previewed to some lawmakers on Monday, the State Department said the administration’s human rights concerns about Egypt, which remains in the throes of Egyptian President Abdel Fattah el-Sisi’s harsh crackdown on dissent, are significant.

Dodgers stymied by Luis Castillo in loss to Reds

But, it said maintaining positive ties with Sisi’s government is important and noted that new Israeli Prime Minister Naftali Bennett had visited Egypt just on Monday. Egypt is one of just two Arab nations to have gone to war with Israel to have signed a peace treaty with the Jewish state.

“Our bilateral relationship with Egypt will be stronger, and America’s interests will be better served, through continued U.S. engagement to advance our national security interests, including addressing our human rights concerns,” the State Department said.

Under Sissi, Egypt has seen the heaviest crackdown on dissent in its modern history. Officials have targeted not only Islamist political opponents but also pro-democracy activists, journalists and online critics. Lengthy pretrial detentions have become a common practice to keep the government’s critics behind bars for as long as possible.

Democratic Sen. Chris Murphy of Connecticut, a strong supporter of President Joe Biden who has repeatedly called for human rights conditions to be attached and enforced for foreign aid, lamented the decision. He called it “a big missed opportunity to stand up strongly and unequivocally for human rights.”

Golden Globes 2021: The Complete List of Nominees | Entertainment Weekly
Rare first printing of US Constitution to be auctioned

Are more Americans going hungry because of the pandemic?

‘Not backing down’: A vaccine mandate showdown is coming