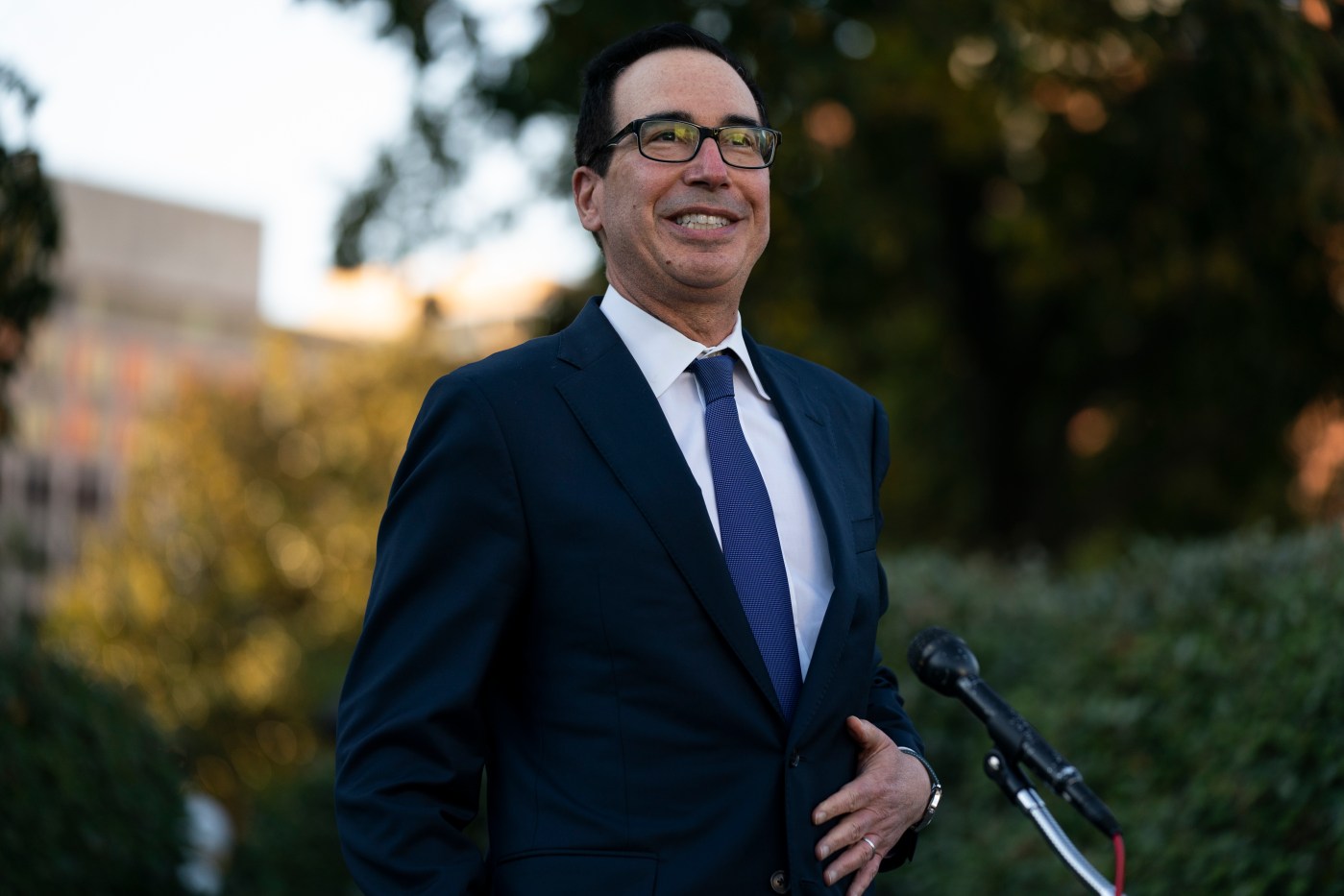 WASHINGTON — The federal budget deficit hit an all-time high of $3.1 trillion in the 2020 budget year, more than double the previous record, as the coronavirus pandemic shrank revenues and sent spending soaring.

The Trump administration reported Friday that the deficit for the budget year that ended on Sept. 30 was three times the size of last year’s deficit of $984 billion. It was also $2 trillion higher than the administration had estimated in February, before the pandemic hit.

It was the government’s largest annual shortfall in dollar terms, surpassing the previous record of $1.4 trillion set in 2009. At that time, the Obama administration was spending heavily to shore up the nation’s banking system and limit the economic damage from the 2008 financial crisis.

The 2020 deficit, in terms of its relationship to the economy, represented 15.2% of total gross domestic product, the sum of all the goods and services produced by the country. That was the highest level since 1945, when the U.S. was borrowing heavily to finance World War II.

The administration’s final accounting of the 2020 budget year shows that revenues fell by 1.2% to $3.42 trillion, while government spending surged 47.3% to $6.55 trillion. That spending reflects the relief programs Congress passed in the spring to support the economy as millions of Americans were losing their jobs.

Many of the benefit programs expired in late July or early August, and so far Democrats and Republicans have been unable to agree on legislation to re-instate them. Republicans have balked at the level of spending sought by Democrats, who warn that without significant support the country could be facing a double-dip recession.

5 questions as Trump and Biden prepare for final debate

While about half of the 22 million jobs lost in March and April have been recovered, the concern is that without more government support, those still without work will be unable to make their rent or mortgage payments and buy food. In addition to the human toll, the result would be a significant drag on U.S. economic growth.

President Donald Trump has said he is willing to compromise with Democrats on a new relief package but Senate Republicans have indicated they don’t support the spending levels being put forward by Democrats.

“The administration remains fully committed to supporting American workers, families and businesses and to ensuring that our robust rebound continues,” Treasury Secretary Steven Mnuchin said in a statement released with the budget report.

Puerto Rico, unable to vote, becomes crucial to US election