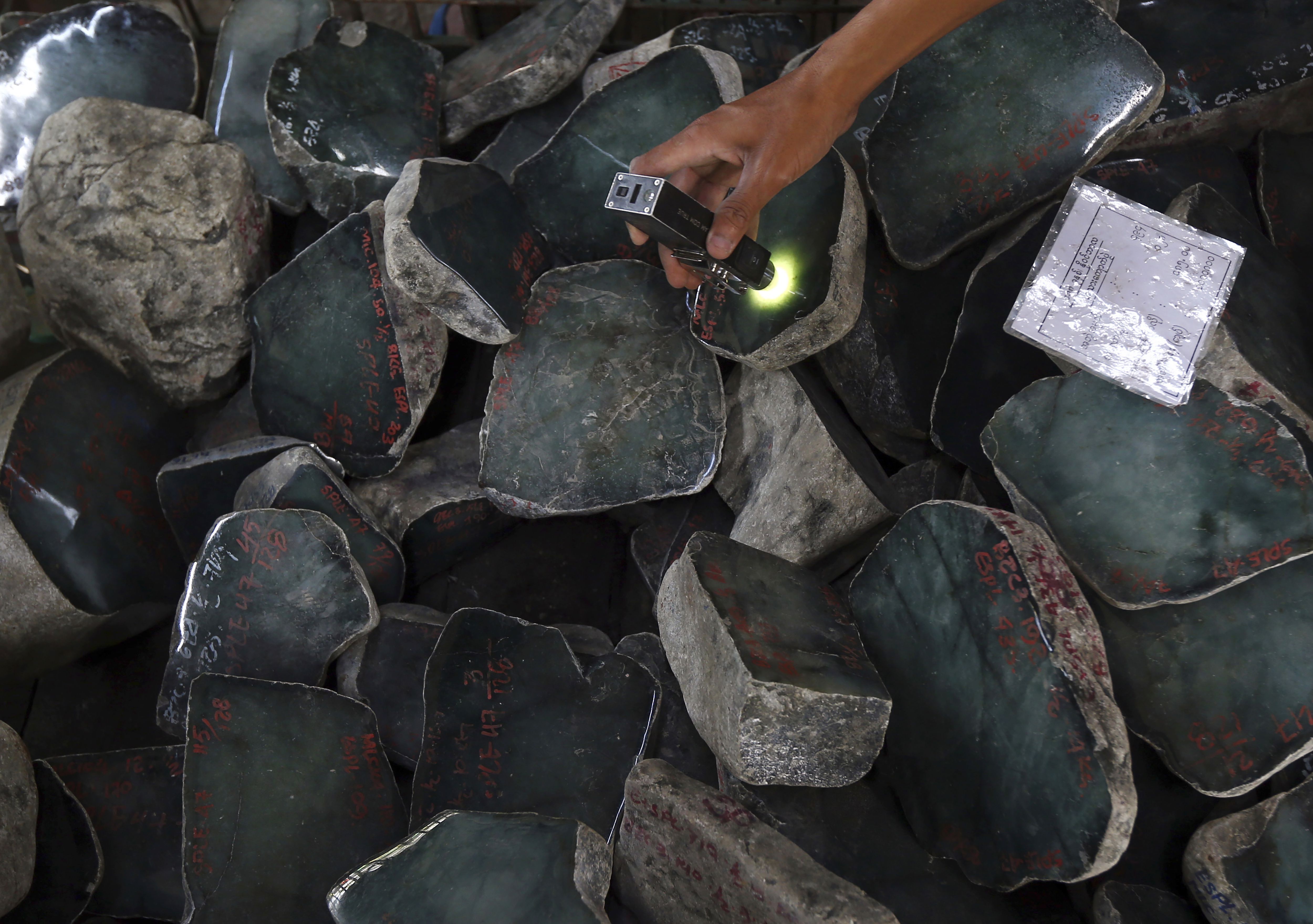 The latest U.S. sanctions on Myanmar target an army-controlled gems business rife with corruption and abuses that is one of the junta’s key sources of revenue.

It’s unclear if the sanctions will do much to close the taps of income and royalties from gems sales. Some estimates say more than half of such transactions are not declared, even though it is the country’s second biggest export after natural gas and oil.

The rights group Justice for Myanmar on Friday urged the U.S. government to expand penalties to include the Myanmar Oil & Gas Enterprise, which handles the country’s largest share of exports.

“It is imperative that other countries follow suit in sanctioning the key businesses enabling the Myanmar military’s criminal conduct,” said the group’s spokesperson, Yadanar Maung.

The most recent report from the Extractive Industries Transparency Initiative for 2016-17, found that gems, pearls and jade accounted for 13% of Myanmar’s natural resource revenues, with oil and gas accounting for 87%.

The sanctions announced Thursday freeze any assets the Myanma Gems Enterprise holds in the U.S. or in U.S. jurisdictions and bar American citizens from doing business with it.

The company oversees all gemstone activities in Myanmar, also known as Burma, the Treasury Department said in announcing the latest sanctions against the military leaders who seized power in a Feb. 1 coup.

That includes control of permits for mines, collecting royalties, and oversees marketing and sales.

The gems trade is important enough that coup leader Senior Gen. Min Aung Hlaing and Myanmar’s central bank governor were among the dignitaries who visited the opening of an annual gems, pearls and jade emporium earlier this month in the capital, Naypyitaw.

State media reports showed a uniformed Min Aung Hlaing and other military leaders striding through a hall of the emporium.

The U.S. and other governments have been ramping up sanctions in response to the coup and a deadly crackdown on mass pro-democracy protests. Earlier, the administration of President Joe Biden sanctioned Myanmar Ruby Enterprise, Myanmar Imperial Jade Co., and Cancri (Gems and Jewellery) Co. — other military-controlled traders of gems and other precious stones.

The Treasury announcement noted that the sanctions were not intended to penalize Myanmar citizens, in particular artisanal miners who depend on gem sales to survive.

The state-controlled newspaper Global New Light of Myanmar reported that 405 out of 450 lots of jade had been sold by April 7 for 3.5 billion kyats ($2.4 million).

Separately, it said 317 lots of pearls worth 1.43 billion kyats ($1 million) were sold during the first three days of the gems emporium that runs from April 1-10.

Official statistics on the gems trade in Myanmar, one of the top sources of jade and rubies, are scarce but previous emporiums netted hundreds of millions of dollars in sales. The sales are usually held three times a year.

The U.S. banned imports of jade and other precious stones from 2008-2016, following a previous crackdown on pro-democracy protests. The sanctions were relaxed after military leaders began a transition to …read more

Putin signs new law allowing him to rule until 2036