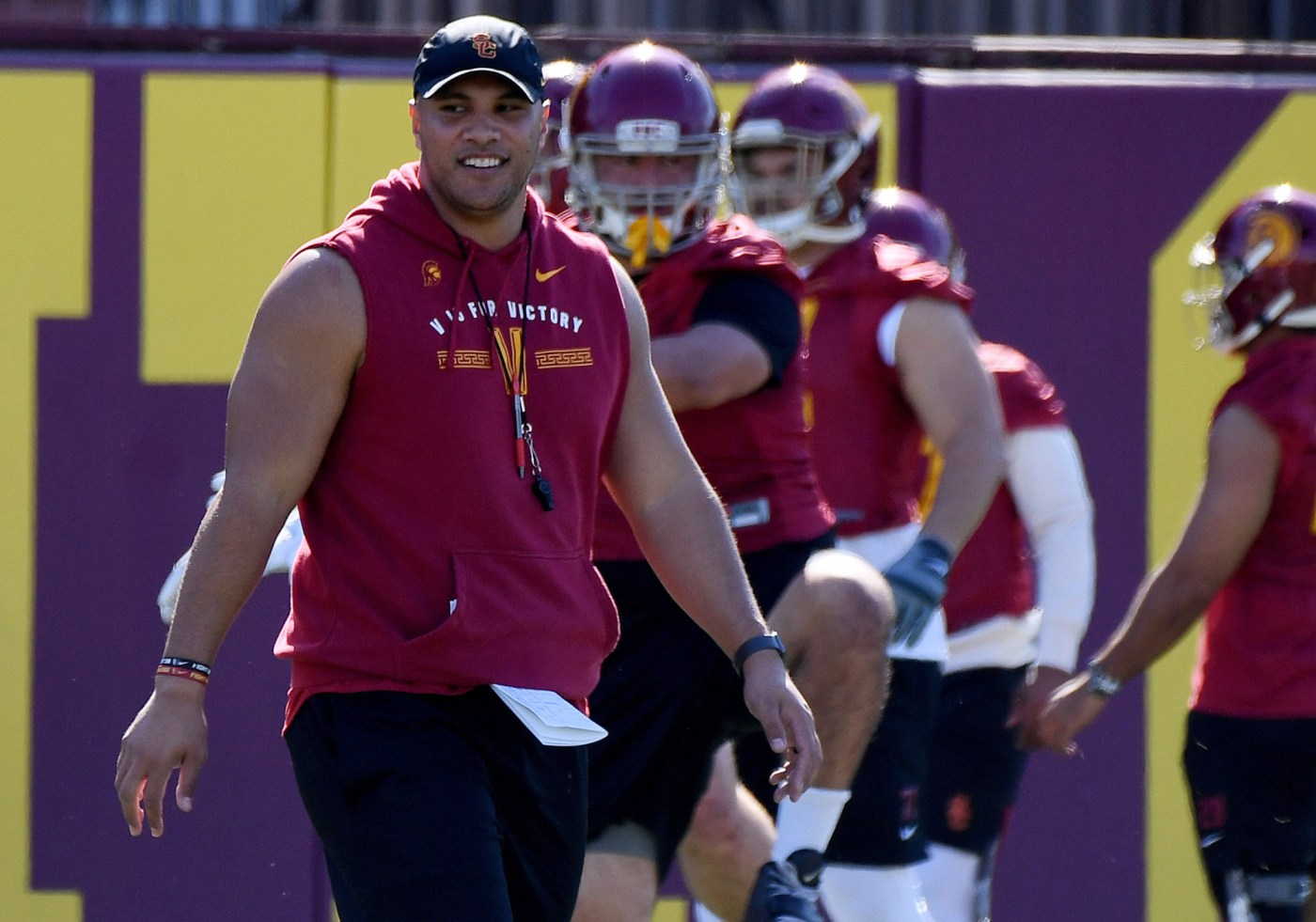 The USC defensive coaching staff feels like it missed on an opportunity to establish its cultural expectations last year. With spring football canceled due to the pandemic, it left too much game planning to be done in the fall to focus on much else.

So this spring is a much-needed opportunity for the Trojans, and defensive line coach Vic So’oto took a little time during his press conference Thursday to flex on this point.

Tuipulotu answered automatically, as though reading a script: “To establish the violent, physical nature of football through relentless effort, both immovable and unstoppable. We do not chase, we hunt.”

This is the buy-in So’oto is looking for this spring as he asks himself who is fighting for game snaps in the fall. He and his players understand there is a lot of playing time up for grabs.

The Trojans lost two key figures on the defensive line, both in the interior. Jay Tufele opted out of the 2020 season to prepare for the NFL draft, then Marlon Tuipulotu, Tuli’s older brother, declared for the NFL following a breakout fall.

So’oto would prefer to have a two-deep defensive line that rotates regularly in-game. But last year he showed he doesn’t mind playing a guy every snap if he deserves the playing time and is physically fit enough to do the job.

The edge rushers are established. USC returns starter Nick Figueroa and All-Pac-12 second-team outside linebacker Drake Jackson, who will continue to play his hybrid role. Tuli Tuipulotu can go inside or outside, and the Trojans also add the nation’s top recruit, defensive end Korey Foreman, to this group.

Inside, senior Brandon Pili will get an opportunity to prove he’s ready for a larger role. Last season, Pili missed two games due to a broken finger. In his four games, he recorded just five tackles.

“He’s the one that you look at the roster and say ‘This guy should be it,’” So’oto observed. “With him, it’s showing that he can do it day in and day out and fighting off guys who really want to play.”

As for those challengers, So’oto says sophomore De’jon Benton has transformed his body, showing more burst off the line; junior Jacob Lichtenstein has built up his body and is playing physically; and redshirt freshman Kobe Pepe is building off last year and vying for the starting job.

Alexander: What is the future for UCLA, USC men’s hoops?