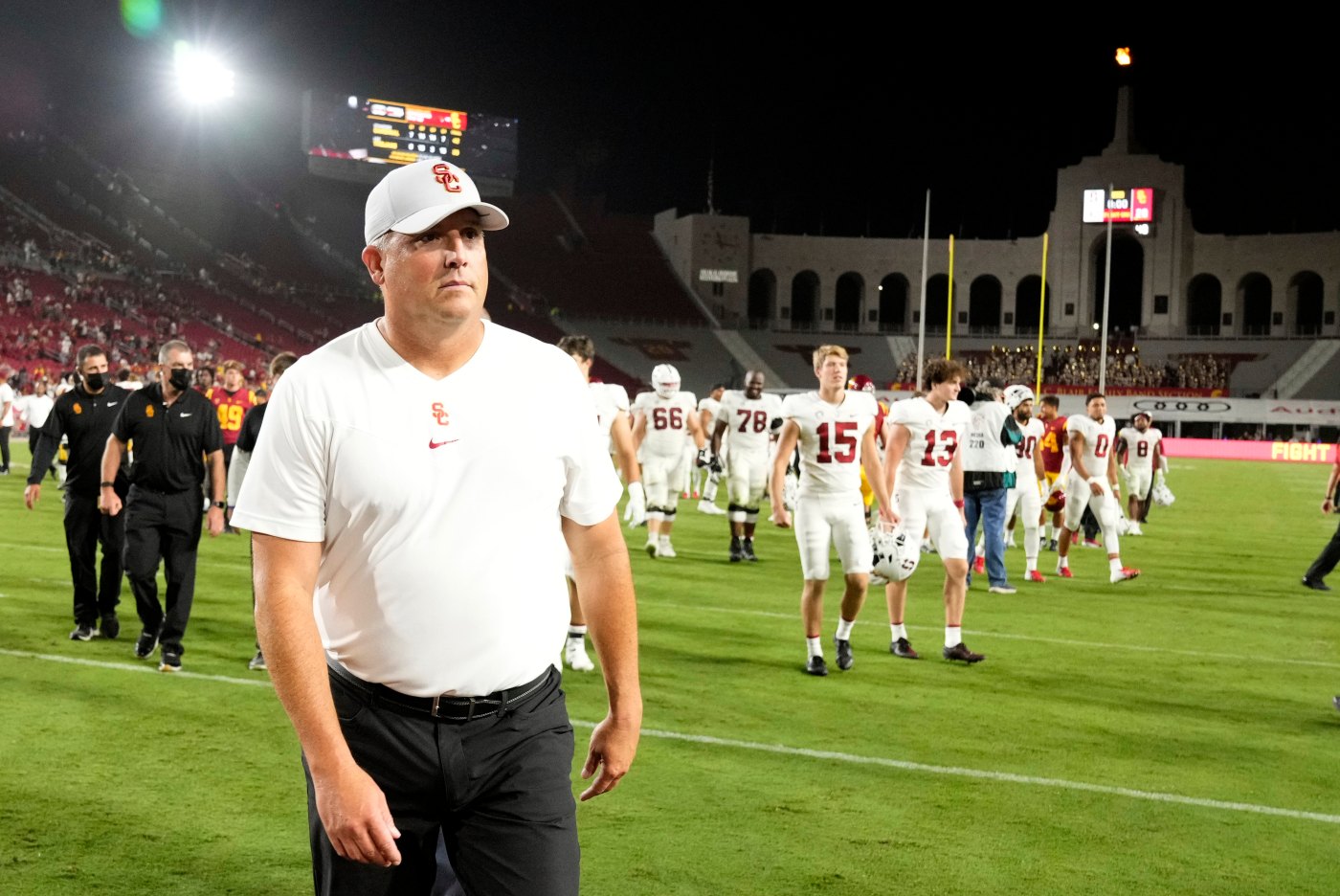 USC’s dismissal of Clay Helton on Monday, two days after yet another embarrassing loss, was jolting.

Not because Helton deserved to keep his job after so many years of stagnation.

Not because the evidence was flimsy.

Not because we’re only two weeks into the season.

But because the move was so unlike the USC that we had come to know — the USC that accepted mediocrity from its blue-blood football program and handled administrative matters with a knack for incompetence.

But athletic director Mike Bohn, on the job for less than two years, isn’t a former USC player collecting a paycheck and playing golf and signing autographs and living forever in 1973.

Bohn is a real college sports administrator, with actual experience in the field, who sees the landscape and recognizes this is a moment in time the Trojans cannot afford to let pass.

And that moment has nothing to do with which coaches may or may not be available when it comes time to make the hire.

— The wording in Bohn’s statement was exactly what USC fans want to hear and, frankly, what the fans of a program with seven AP national titles and seven Heismans deserve to hear.

“I want to be exceptionally clear: our university and its leadership are committed to winning national championships and returning USC football to glory.”

Bohn’s statement also covered his bases, noting that the Trojans have plowed immense resources into the football program and weren’t willing to watch them go to waste:

“The added resources carried significant increased expectations for our team’s performance, and it is already evident that, despite the enhancements, those expectations would not be met without a change in leadership.”

USC spent two years refurbishing the body of the program and hoping that would fix the head.

But the program’s greatest flaws — the lack of accountability, discipline and toughness — were never going to change without new leadership.

Some LAFD firefighters have lengthy commutes – as far away as Florida

— It’s the third time in the past decade the Trojans have fired a coach during the season — first Lane Kiffin, then Steve Sarkisian, now Helton.

But this end-game could be different. We don’t expect Bohn to elevate Donte Williams, the interim head coach, to the permanent position. We don’t expected Bohn to name a former USC player as the next coach.

This will be a national search conducted with deep pockets and a willingness to devote whatever resources are necessary to find the right coach. A coach worthy of USC’s tradition.

But it won’t be a former player or current assistant.

At the end of the 2018 season — after the Trojans had gone 5-7 and it was obvious to anyone with football sense that Helton could never remake USC into USC — athletic director Lynn Swann released his infamous statement of support.

From there, it has been Groundhog Clay, one year after the next with Helton on the hot seat in some …read more

Golden Globes 2021: The Complete List of Nominees | Entertainment Weekly
How the Ziggens are making up for a 19-year hiatus one song at a time