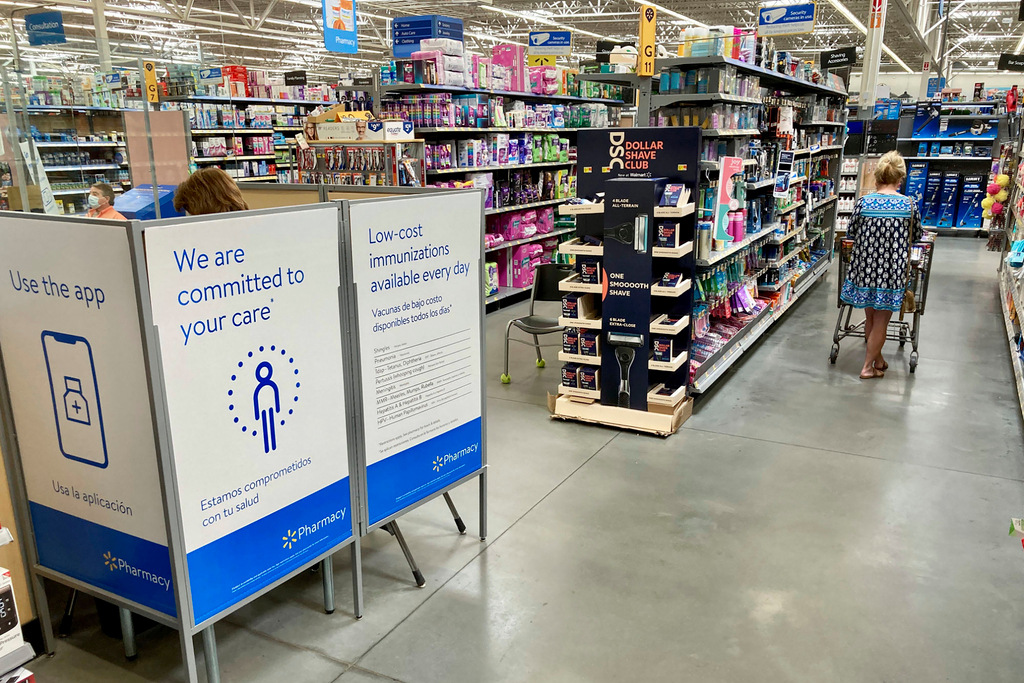 HALEYVILLE, Ala. — Tending a thrift store that displays a faded Trump flag in a nearly all-white Alabama county with a long history of going against the grain, Dwight Owensby is among the area’s many skeptics of the COVID-19 vaccine.

Owensby, 77, said he doesn’t often watch TV news or read the local paper, and he doesn’t spend much time talking about the pandemic with others — it’s just not a big topic in this rural, heavily forested part of the state. But he suspects the coronavirus pandemic was planned, as a discredited conspiracy theory holds, and he said there’s no way he’s getting any shot.

“If it’s your time to go, you’re going to go. If it ain’t, it ain’t gonna bother you,” Owensby said.

He isn’t alone in Winston County, which ranks last in terms of people who have been fully vaccinated in a state that has the country’s lowest vaccination rate, according to federal statistics. To many here, the pandemic isn’t much of a concern. Businesses are open and relatively few people wear masks, even though Alabama’s rule requiring them to be worn in public wasn’t scheduled to end until Friday.

A Union stronghold where some pushed for secession from pro-slavery Alabama during the Civil War, Winston County is a prime example of a problem that health officials say they’ll have to overcome to end the pandemic: Many white conservatives such as Owensby aren’t lining up quickly enough for vaccines.

The 25% of Americans who say they probably or definitely won’t get vaccinated tend to be Republican, according to a poll from The Associated Press-NORC Center for Public Affairs Research, and then-President Donald Trump carried 90% of the vote last year in Winston County, which was his highest margin in Alabama. The county’s population of roughly 23,700 is 96% white, and many work in small manufacturing plants.

Warriors welcome fans back to Chase Center: What you need to know

More than 2,700 people have contracted COVID-19 in Winston County, putting it in the middle of the pack statewide, and 71 have died of the disease. Yet only 7.3% of the county’s residents, or about 1,730 people, had been fully vaccinated as of Thursday. That’s about one-third of the percentage in Alabama’s leading vaccination counties, which tend to be heavily Black and vote Democratic.

As Winston County’s sheriff and the publisher of the local newspaper, the Northwest Alabamian, which has covered the pandemic and vaccination effort closely, Horace Moore has a unique perspective. Whereas he and many of the paper’s workers have gotten shots, Moore doesn’t know of a single colleague on the sheriff’s office’s 33-person staff who has gotten one.

Moore is baffled by the reluctance, which a poll commissioned by the state health agency in March showed isn’t unique to Winston County, which is about 65 miles (105 kilometers) northwest of Birmingham. It found that about half Alabama’s residents were either somewhat or very unwilling to be vaccinated.

Skepticism cut across racial and ethnic lines in the poll, but a pattern …read more

Harry wants to be with royal family after Philip’s death, but Meghan’s wishes are less clear