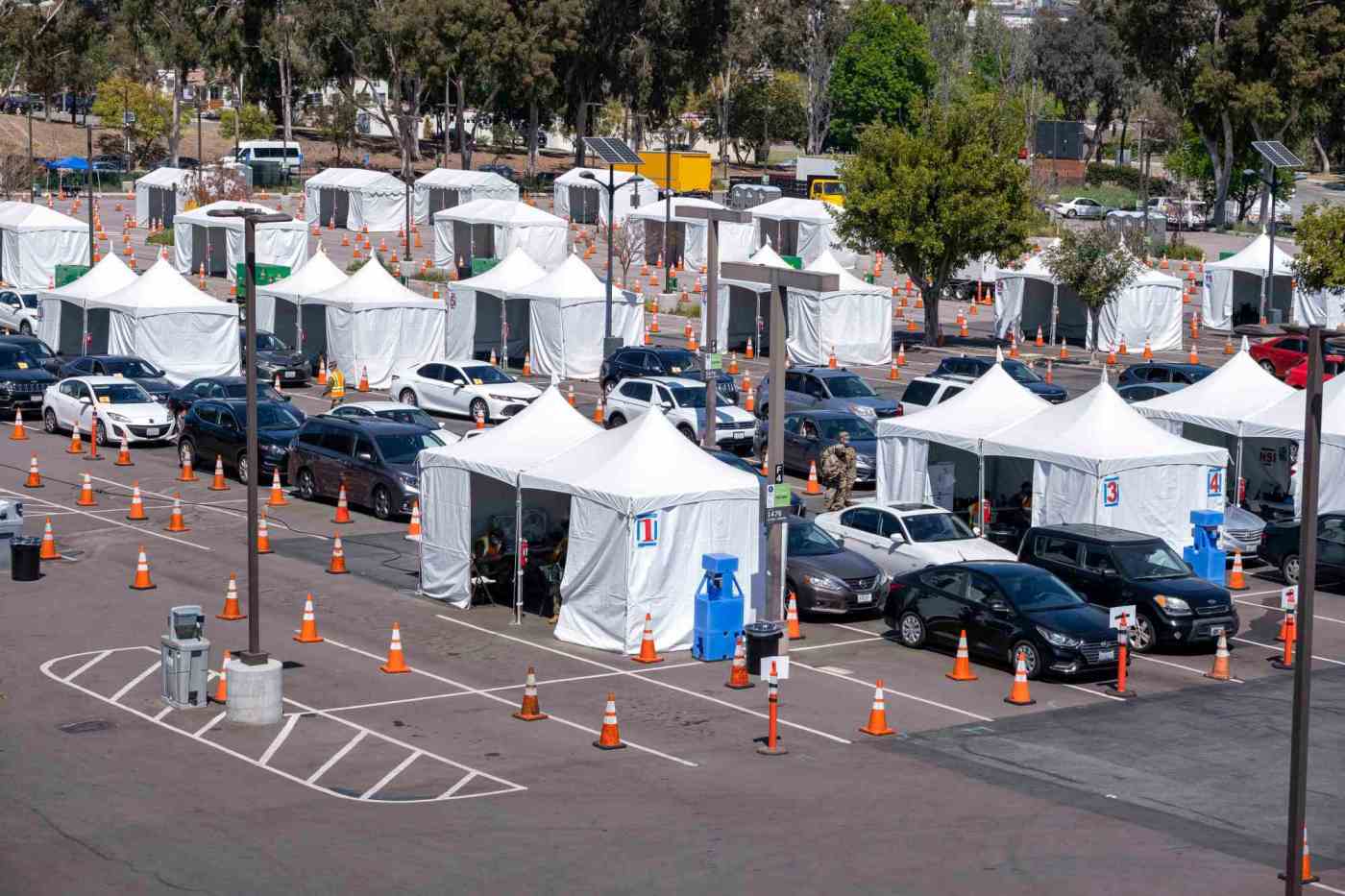 Hundreds of people lined up early at Cal State Los Angeles’ mass vaccination site on Thursday, April 8, after word spread that COVID-19 shots were available without an appointment, but by mid-morning site managers were turning people away, citing a surge that gobbled up available doses.

The governor’s Office of Emergency Services said Wednesday that many appointments for the one-shot Johnson & Johnson vaccine were going unfilled at the federally run site, and as a result, the site planned to offer shots for anyone 18 or older on a walk-up basis between Thursday and Sunday.

“To the extent to which appointments go unfilled, there may be a limited number of appointments available as walk ups for individuals 18+ between tomorrow (Thursday) and continuing through Sunday when management of the site transfers to the city,” Brian Ferguson, a spokesman with the Office of Emergency Services, told CBS2. “Providing vaccinators working at the site some flexibility to fill vacant appointment slots allows us to expand the rate of vaccinations in California in an efficient, effective and equitable manner.”

In response to that invitation, people began lining up at the site hours before it opened at 9 a.m. Things appeared to be going smoothly initially, but by 10 a.m., people were being turned away.

One person told KNX Newsradio that he was told all available slots had been filled due to the surge in demand. He said he was instructed to try to make an appointment using the state’s myturn.ca.gov website.

It was unclear why there was a glut of appointment slots, especially as local public health officials expect the most intense demand yet as eligibility widens.

The Federal Emergency Management Agency’s partnership with the governor’s office to operate the site ends on Sunday, and the city of Los Angeles will take over management of the site on Monday.

Up to now, the East L.A. site — and its associated mobile vaccination clinics — have administered more than 313,000 doses. There is enough to reach a goal of 350,000 doses by the time the federal/state partnership ends on Sunday at the site, and on Saturday among the mobile clinics.

In contrast to sites run by local counties and their affiliated vaccine networks, the Cal State site — and its sister site in Oakland — got their vaccine batches directly from the federal government. County PODS and …read more

US jobless claims up to 744K as virus still forces layoffs