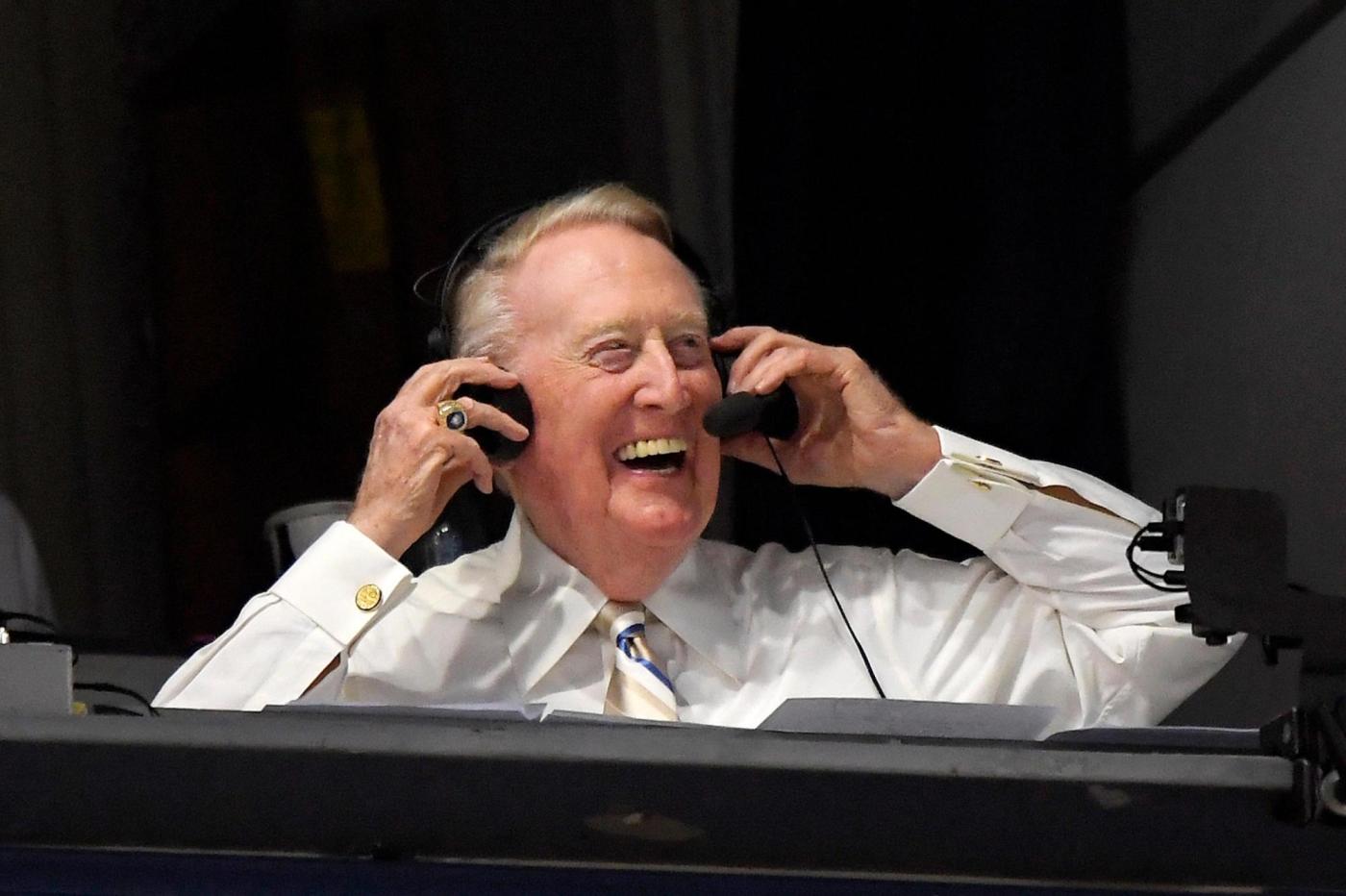 LOS ANGELES — Hall of Fame broadcaster Vin Scully, who called Dodgers games on radio and television for more than half a century and captivated generations of Southern California baseball fans after the club’s 1958 move from Brooklyn to Los Angeles, died Tuesday night, the team said. He was 94.

Scully died at his home in Hidden Hills, according to the team, which spoke to family members.

Named the No. 1 sportscaster of the 20th century by more than 500 national members of the American Sportscasters Association in 2000, Scully began announcing Dodgers games in 1950 and had the longest continuous service with one team of any major-league broadcaster.

With a mastery of the English language, a near-encyclopedic knowledge of baseball history and an unparalleled story-telling ability, Scully both educated and entertained listeners while receiving nearly every honor the broadcasting industry offers.

Voted the “most memorable personality” in Los Angeles Dodgers history by fans in 1976, Scully received a star on the Hollywood Walk of Fame and induction into the broadcast wing of the National Baseball Hall of Fame as the recipient of the Ford Frick Award in 1982.

Also a recipient of the George Foster Peabody Award for excellence in broadcasting, Scully covered 12 World Series and six Major League All-Star Games, in addition to football, golf and tennis, for CBS and NBC, but he will always be linked with the Dodgers. The team honored Scully with the dedication of the “Vin Scully Press Box” at Dodger Stadium in 2001.

Born Nov. 29, 1927, in the Bronx and raised in New York City, Scully set his sights on being a sports announcer from an early age. He spent two years in the Navy and graduated from Fordham University in 1949, having lettered for two years as a Rams outfielder before turning to broadcasting.

From the days of Jackie Robinson and Duke Snider in Brooklyn, to the early years in Los Angeles with Sandy Koufax, Don Drysdale and Maury Wills, Scully was at the microphone for nearly every significant moment in Dodgers history since 1950. Scully also called Don Larsen’s perfect game for the New York Yankees in the 1956 World Series and Henry Aaron’s …read more

“They even broke into my safe”: Trump breaks news of FBI raid on Mar-a-Lago