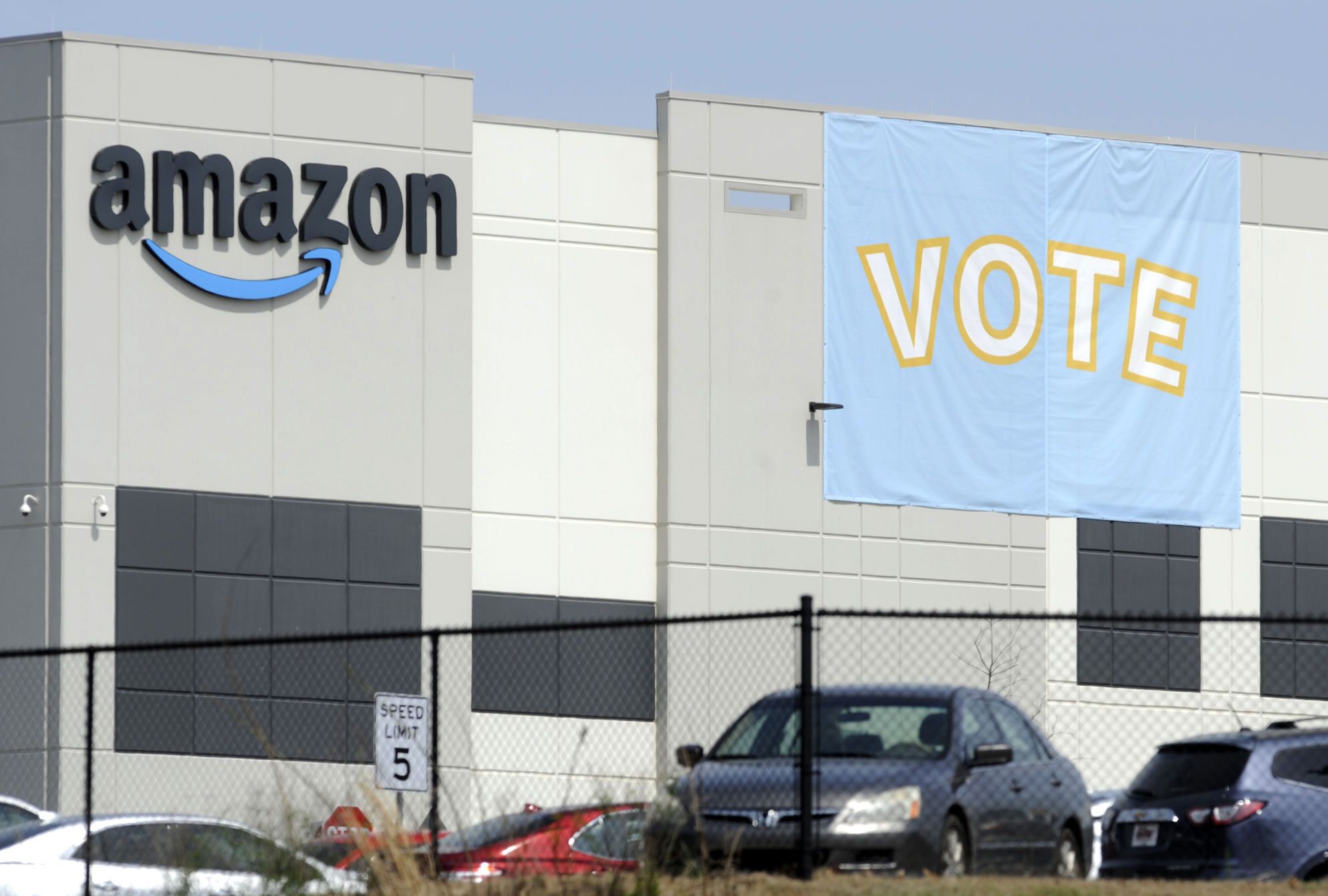 Vote counting in the union push at an Amazon warehouse in Bessemer, Alabama, is expected to start as early as Thursday, but hundreds of contested ballots could muddy the outcome if it’s a close race.

The Retail, Wholesale and Department Store Union, which is organizing the Bessemer workers, said that 3,215 votes were sent in — about 55% of the nearly 6,000 workers who were eligible to vote. The union said hundreds of those votes were contested, mostly by Amazon, for various reasons such as the voter didn’t work there or doesn’t qualify to vote. The union would not specify how many votes were being contested.

The National Labor Relations Board is conducting the vote count in Birmingham, Alabama. In order to determine a winner, the margin of victory must be more than the number of contested votes, otherwise a hearing would be held on whether or not to open the contested votes and count them toward the final tally.

The vote itself has garnered national attention, with professional athletes, Hollywood stars and even President Joe Biden weighing in on the side of the union.

If the union wins, it would be the first in Amazon’s 26-year history. But the vote also has wide-reaching implications beyond Amazon, which is now the second-largest private employer in the U.S. after retailer Walmart.

Labor organizers hope a win in Bessemer will inspire thousands of workers nationwide — and not just at Amazon — to consider unionizing. For Amazon, which has more than 950,000 workers in the U.S., it would mean a blow to its profits and could alter its business operations.

The labor board started going through each vote the next day, reading names and signatures on the envelopes with representatives from Amazon and the retail union, both of which had a chance to contest those votes. Contested votes were put to the side and not opened.

The next step is to open the uncontested votes from their envelopes and start counting “yes” or “no” votes.

Map of California COVID tiers: Only one county still in purple