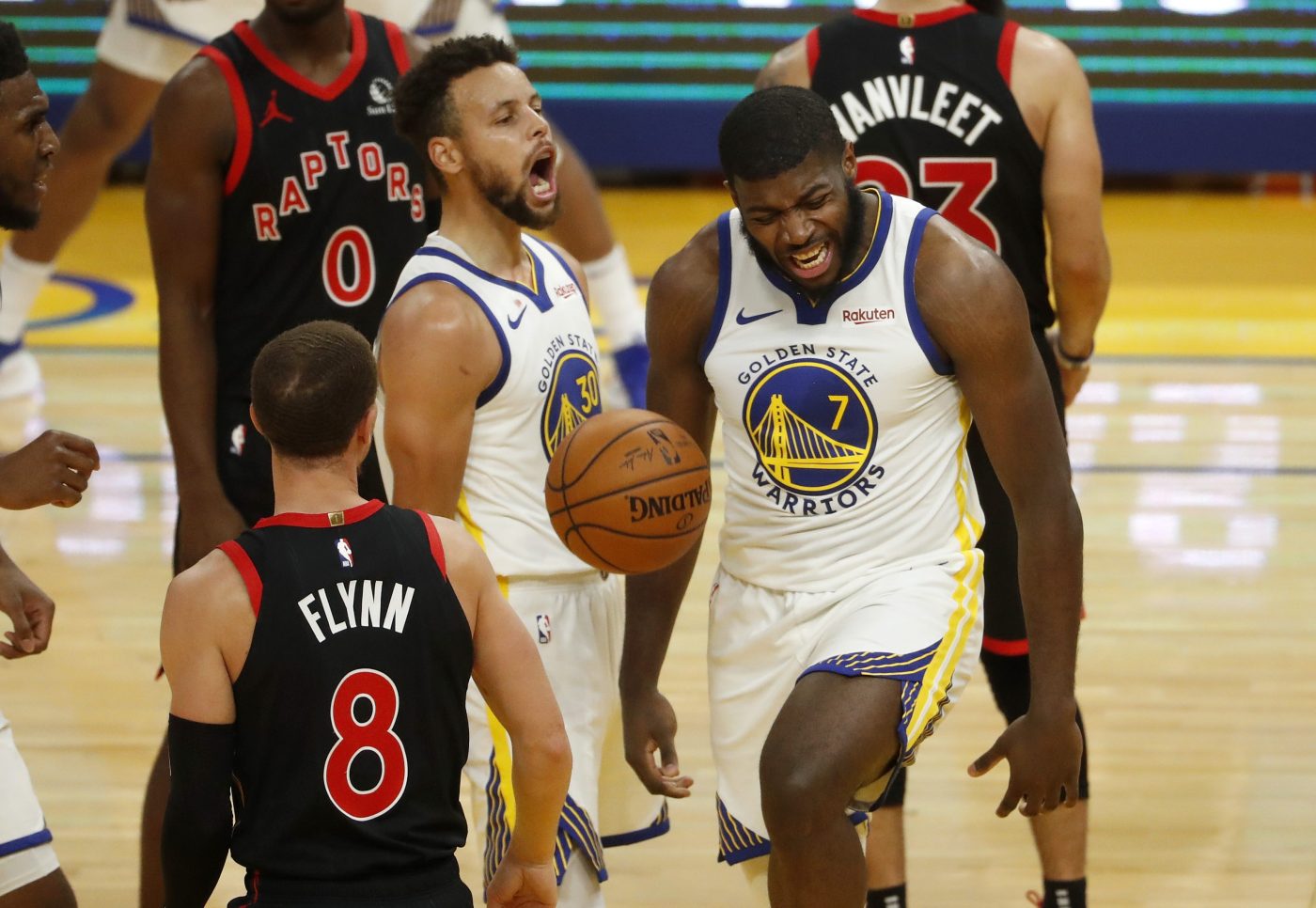 Golden State Warriors forward Eric Paschall has rejoined the team after a COVID-19 test falsely indicated he was infected with the novel coronavirus.

Paschall participated in Wednesday’s practice and will be eligible to return to game action on Thursday when the team begins a three-game road trip against the Denver Nuggets.

“I had a false positive,” Paschall said. “It was just quarantining for 24 hours until I got my test results back and I came back negative so I’m all good.”

Klay Thompson returns to Warriors bench, tells Steve Kerr ‘worst is behind’ him in Achilles rehab

Kurtenbach: Warriors are a legit playoff team, plus 3 other lessons from their 7-game homestand

Photos: Spying on Klay Thompson at first Warriors game of the season

Takeaways from the Warriors’ 104-95 loss to the Pacers

Warriors head coach Steve Kerr said Tuesday he didn’t anticipate Paschall’s absence would last long, but did not provide an immediate timetable for his return.

“Not every system is perfect, but again, it happened and it was disappointing that I couldn’t play yesterday,” Paschall said. “I’m back and happy I can get on the flight tonight.”

Paschall has become an anchor for Golden State’s second unit in the early portion of the season, often playing center in a lineup that relies less on length and more on an ability to spread the floor. His absence allowed rookie center James Wiseman to play a bigger role on Tuesday, but Wiseman was in foul trouble late in the game and did not finish out a 104-95 loss to the Indiana Pacers on the floor.

“I think it was good for James to get out there more, get more reps and be more comfortable out there,” Paschall said. “I was watching the whole game.”

Paschall is averaging 12.1 points per game and has scored in double figures in each of his last eight games. His 15 points in Sunday’s 106-105 win over the Toronto Raptors were a season high.

“This virus is nothing to play with whether it’s a false positive or an actual positive,” guard Damion Lee said. “I’m glad we took the right or proper protocols and handled everything the way we were supposed to. It’ll be great having EP back out there tomorrow.”

EXPLAINER: Can Trump be impeached after leaving office?