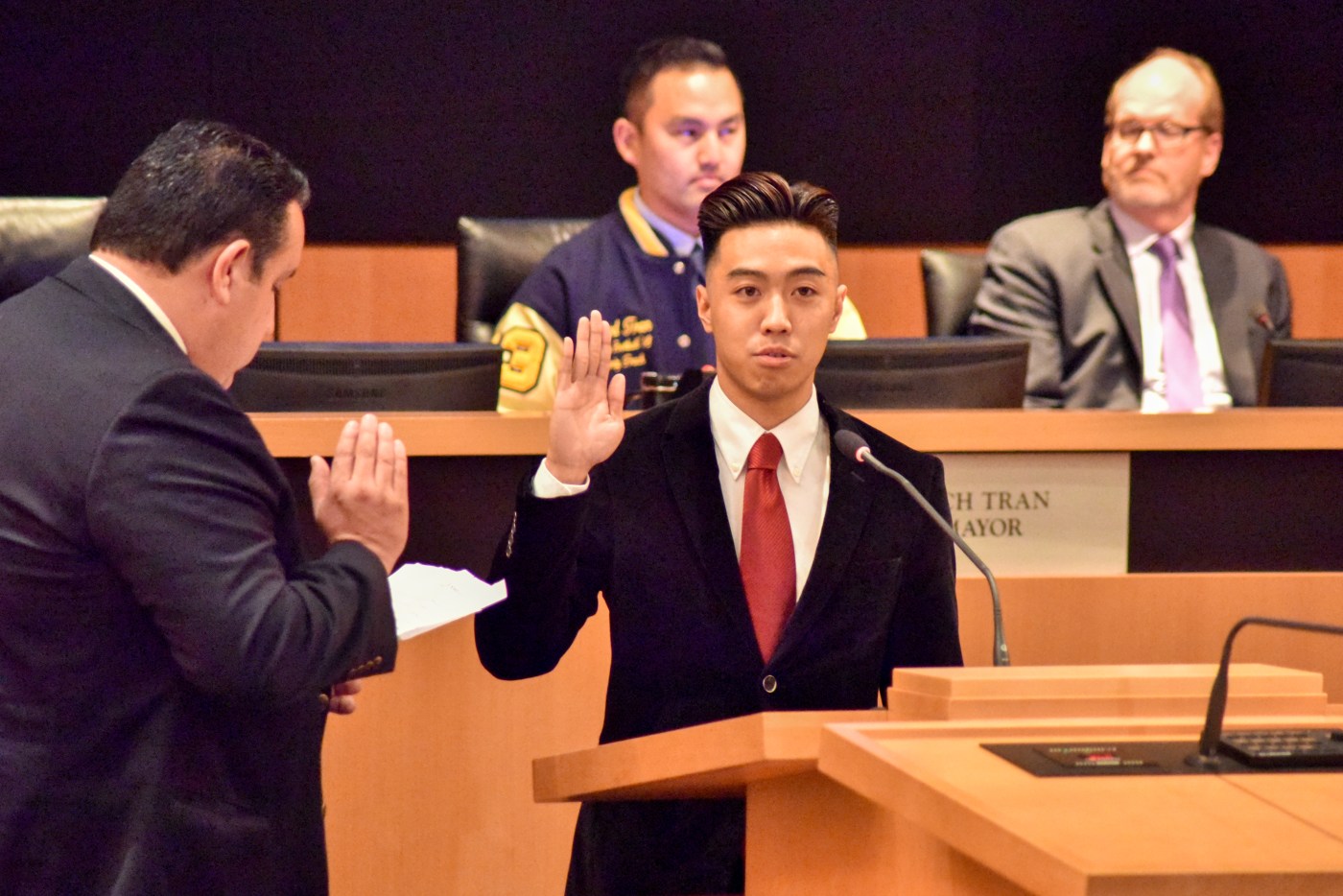 A Milpitas councilmember is being fined $15,000 by the state’s political watchdog group after making three campaign violations related to his successful 2016 bid for a council seat.

The ruling, which was handed down in May by the Fair Political Practices Commission, also states that Anthony Phan hired his 14-year-old cousin as his campaign treasurer and gave him $43,000 in a Nike shoebox, money that was later misreported to campaign authorities.

In addition, the FPPC states that Phan, 28, received and spent a prohibited amount of money of about $5,000. He also failed to disclose and fabricated the occupations and employers of some of his contributors. Phan was 22 at the time, one of the youngest individuals to be elected to public office in the country. He was re-elected in 2020.

The investigation into Phan’s campaign activities were first reported in June 2017, sparked by a filing from store owner Estrella Kawczynski and Eric Emmanuele, who at the time was president of the Milpitas Police Officer’s Association. In an interview, Phan said the end of the investigation is a “sigh of relief” for him.

“This case has been going on for too long,” said Phan. “Its been exhausting for me. For my mental health. For my family. Over mistakes that were made when I was 22 and fresh out of college.”

Phan said that he found the fine to be “fair” and “reasonable.”

On August 24, 2016, the councilmember’s campaign committee, Neighbors for Anthony Phan 2016 — City Council, reported a loan of $43,000, the FPPC’s ruling states. But authorities could not find a matching bank deposit. Phan told investigators that after he gave $43,000 in a shoebox to his cousin — his campaign treasurer at the time — to deposit in the bank. But his cousin’s mother told the 14-year-old “not to deposit such a large amount of cash into the Committee bank account.” And, according to Phan, his aunt held on to the rest off the money for safekeeping.

Phan’s cousin ended up only depositing $5,000 into the bank account, which the councilman told investigators he discovered only after the election. After finding out about the erroneous deposit, Phan says he made an amendment to his campaign filings that $20,000 of the loan had been forgiven.

When asked why he hired his cousin, who was a minor at the time, Phan said he wanted to give them “valuable experience” on a campaign. But he admitted it was a mistake.

“I would not do that again,” he said. “Putting such an inexperienced person in a capacity like that.”

In their report, the FPPC said that it “was unable to confirm or deny Phan’s account of these events, but the bank statements confirm that $5,000 in cash was deposited.”

The FPPC ruling was first reported by the Milpitas Beat.

The fine will almost certainly become a stumbling block in Phan’s bid for mayor this November and provides fresh ammunition for his opponents in the race, councilmember Karina Dominguez and Vice Mayor Carmen Montano.

Golden Globes 2021: The Complete List of Nominees | Entertainment Weekly
Arrests made in shooting death of Monterey Park officer in Downey

Boys missing with caretaker are found abandoned in Ukiah, one of them dead

Inside The Coolest New Boutique Hotel In Paris