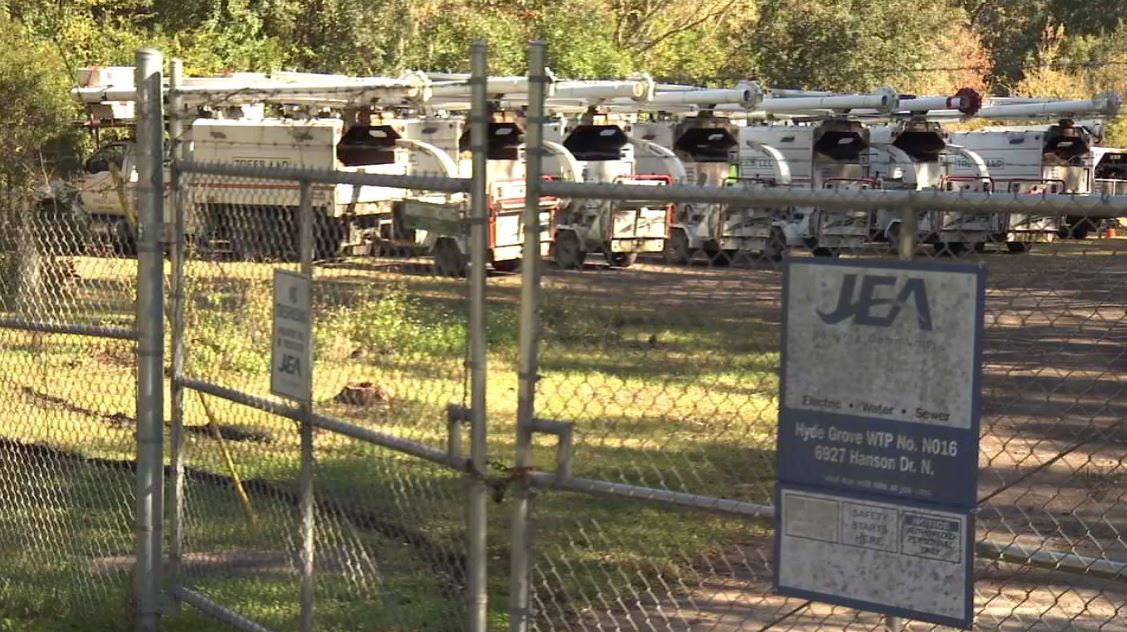 A westside neighborhood is not very thankful about a new addition to the area.

Some homeowners in this Hyde Grove Acres neighborhood, near Ed White Highschool, said that tree trimming trucks have made a permanent home in a small JEA lot near houses, and it’s causing big problems with traffic and noise.

Residents told News4Jax that about two months ago, JEA began clearing a lot near a water sewage treatment lift station and added a parking area. They said shortly afterward, tree trimming trucks began using it as a staging area and parking overnight.  They also said the workers chip up the trees and make a lot of noise.

One homeowner nearby said he has concerns.

Others in the area agree, saying when the trucks leave and come back that it’s a concern for those up and down the street.

“I have an eight-year-old grandson that lives across the street and I’m concerned about his safety,” Gary Roegner said.

Cole said they started asking questions to JEA about what was going on with the lot when it was being cleared several months ago. He said they told him that as of now this is probably going to be a permanent place.

News4Jax looked into this complaint, and was given this statement from JEA:

“I understand JEA owns the lot, but to tell me they have nowhere else to put them, I don’t believe that,” Cole said.

“Because we’re in a city that is the largest landmass in the United States.”

The trucks belong to Trees LLC, which bases out of Houston, Texas. The company does work for utilities and government agencies. We reached out to them as well.

JEA told News4Jax they do not believe this will be permanent, but for now, can’t say when they will leave this neighborhood for good.

No, Nancy Pelosi didn’t buy a mansion in Florida