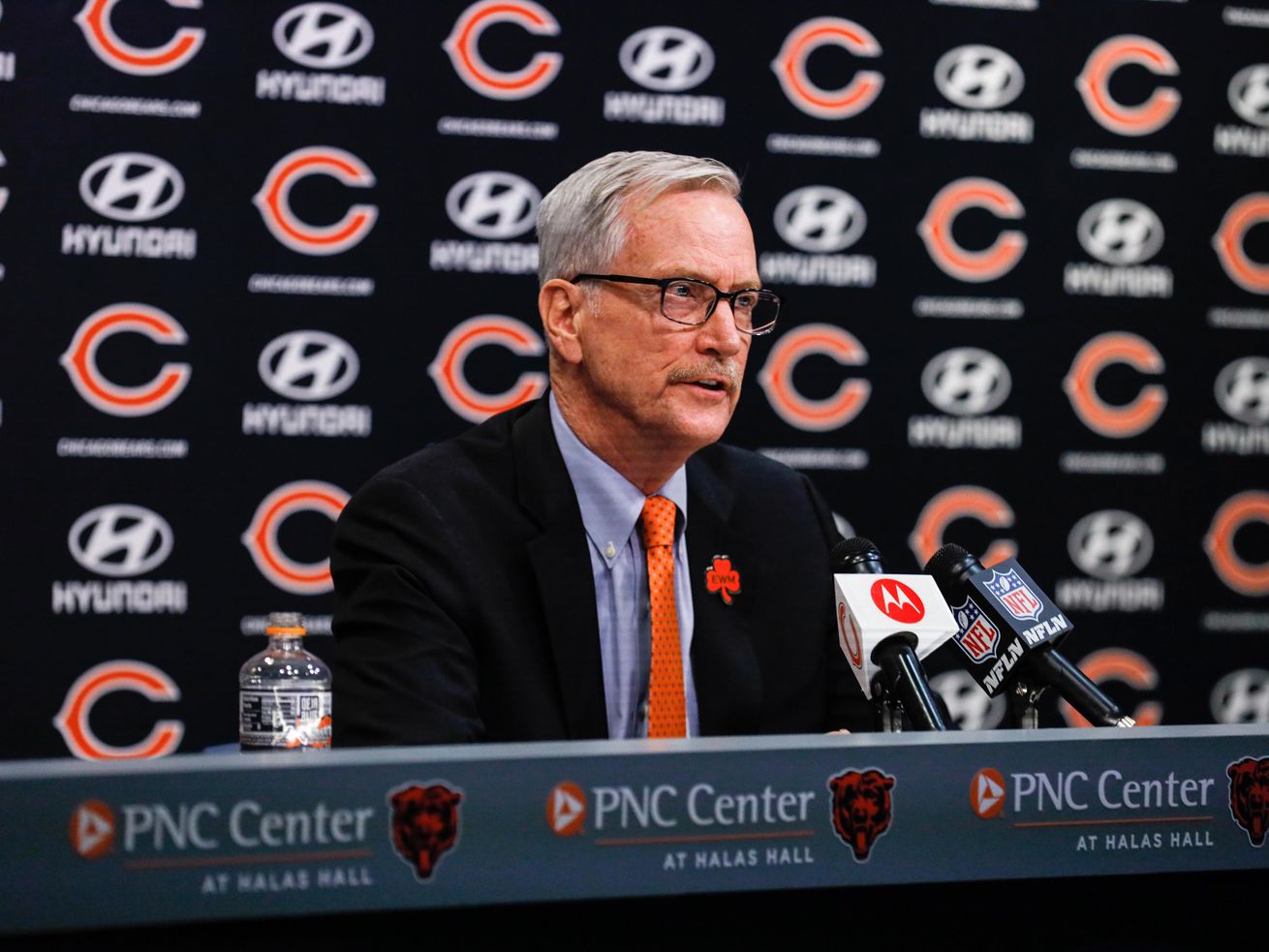 If George McCaskey knows what he wants in a head coach, he’s not saying.

If George McCaskey knows what he wants in a head coach, he’s not saying.

Monday, the Bears chairman wouldn’t rule anyone out, regardless of their years of experience or which side of the ball they coached. The closest he came was listing a series of traits he’d like the Bears to have under their new leadership.

That’s not a mandate. That’s a brainstorming list written on a whiteboard by a corporate middle manager during Team Building Exercise ’22.

It would have been easy for McCaskey to tout someone who would work hand-in-hand with rookie quarterback Justin Fields. The fact he didn’t gives credence to the notion that the Bears won’t repeat the strategy that landed Matt Nagy: hiring a head coach to be the play-caller and develop a young passer.

Nonetheless, McCaskey so stubbornly refused to list his preferences that he said the Bears wouldn’t make a coach’s belief in Fields a prerequisite for getting the job. That’s impossible to believe – there’s no way they’d spend two No. 1 draft picks on a promising rookie quarterback and pair him with a coach who didn’t share their conviction in him.

So what does McCaskey want? The better question is what his next general manager wants in his next coach.

Until then, the chairman is left to spout vague nothings when he looks into his crystal ball.

The Bears’ wide-ranging candidate list has reflected that mindset. The Bears put in a request to interview Buccaneers’ defensive coordinator for their head coaching vacancy, a source confirmed Tuesday morning. Bowles, who has already interviewed for the Jaguars’ opening, came close to being the Bears’ defensive coordinator three years ago before he wisely chose to join friend Bruce Arians instead of Nagy. Nagy’s father coached Bowles in high school.

The Bears also want to talk to former Dolphins head coach Brian Flores, a source confirmed one day after he became the NFL’s biggest surprise firing.

They’ve reportedly requested interviews with, among others, Nathaniel Hackett, the Packers’ offensive coordinator – who doesn’t call plays – for the past three years.

Bowles’ offensive counterpart in Tampa Bay, Byron Leftwich, and Bills coordinators Brian Daboll and Leslie Frazier, are on the list too. The Bears have to wait until their playoff game is completed this weekend to conduct those interviews

A member of the NFL’s Workplace Diversity Committee, McCaskey said he has a commitment to a “fair process” but not necessarily “a particular result, as long as people get a fair shake.”

Larry Magid: With a few tweaks, working from home can be more pleasurable