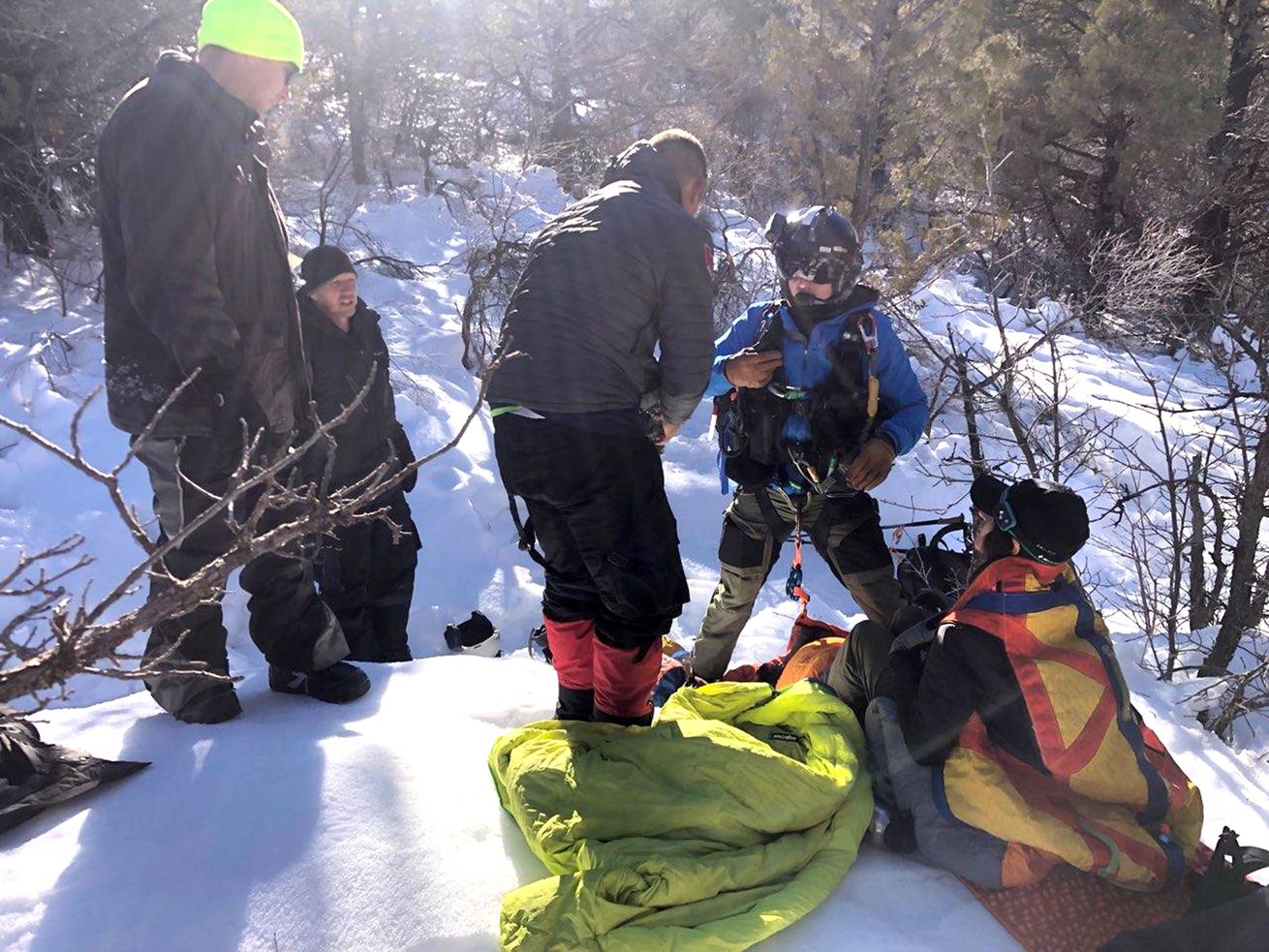 On Monday, search and rescue crews in Utah’s Washington County took off into Zion National Park on snowmobiles and snow bikes after a backpacker was reportedly stranded in snow.

After about an hour and 40 minutes, rescue crews found the woman, who told officials she had been slipping in and out of consciousness and eating snow to stay hydrated.

“She got to the top of Hop Valley by the arch in Kolob Fingers, and there’s 2-3 feet of snow in there,” Sgt. Darrell Cashin with the Washington County Sheriff’s Search and Rescue, told St. George News.

“I think the deputies said that it was like 15 degrees (Fahrenheit) up there, so it was very cold. She’s going through the snow and she gets stuck – physically stuck. She can’t move. She can’t get out. But she has a SPOT device that she can text with, so she texts out, ‘I need help.’”

Monday’s incident will be added to the list of hundreds of search and rescue efforts carried out in Zion National Park since 2018, the country’s third-most visited park.

In that three year period, crews were called out to 285 rescues, the sixth most of any park in the country.

That’s according to records requests filed by the group Outforia, which recently compiled a list of the county’s national parks and recreation areas that saw the most search and rescues since 2018.

Here’s what they found:

The report comes as parks around the country are seeing record visitation. By Oct. 2021, both Grand Teton and Yellowstone had the most visitors ever in a single year, respectively, according to government data.

There’s a strong correlation between park visitation and the number of search and rescues. Of the 10 most visited national parks in 2020, six of them are on Outforia’s list — Yellowstone, Zion, Rocky Mountain, Grand Teton, Grand Canyon and Olympic.

With 1,868 incidents, California is at the top of the list of states with the most search and rescues, followed by Arizona at 1,643.

Utah is third with 1,043 search and rescues carried out across the state’s “Mighty Five” national parks and other recreation areas.

N. Korea fires fresh missiles in response to US sanctions