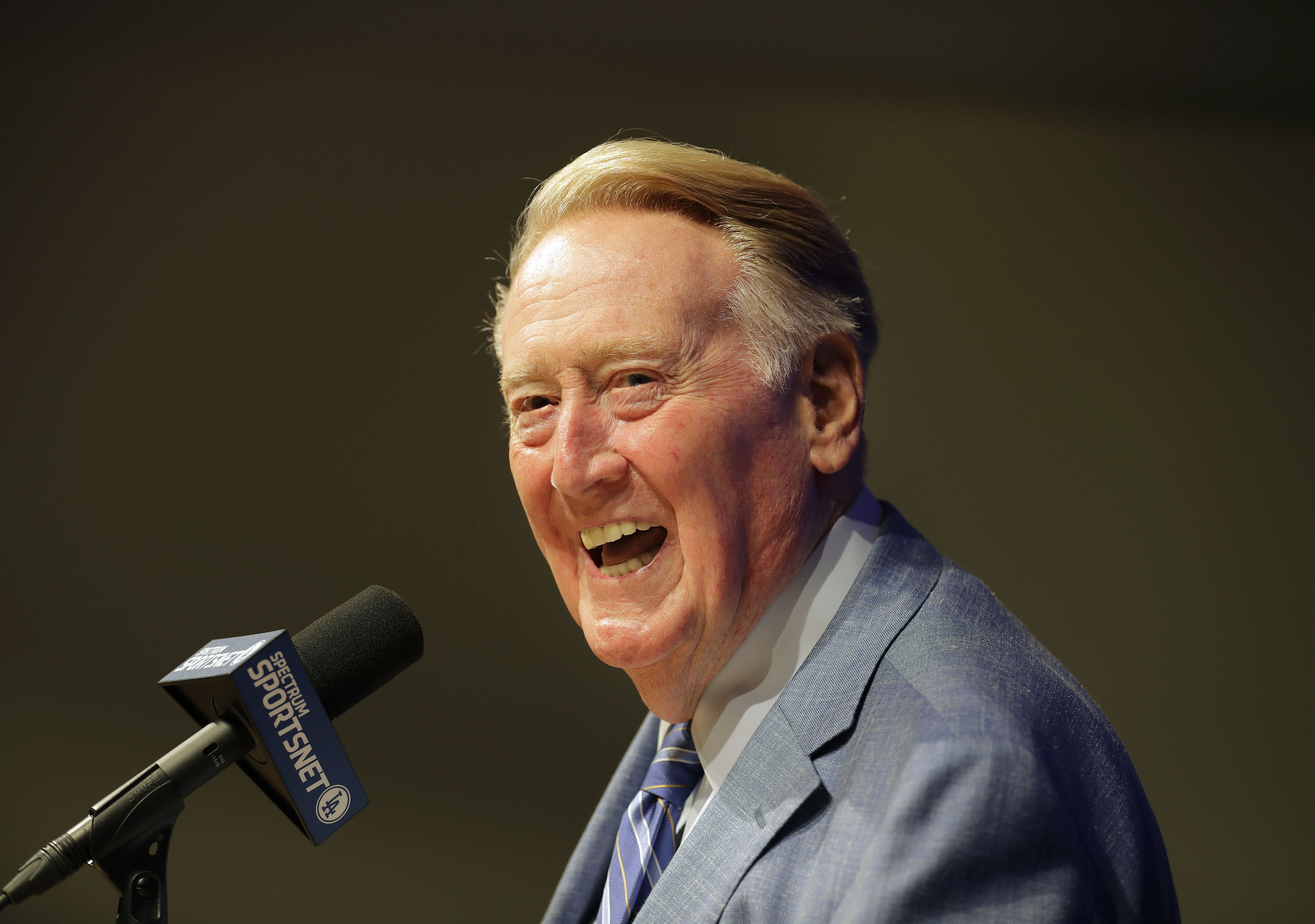 — The legendary Vin Scully died on Tuesday at the age of 94. We put together

This is the online version of our daily newsletter, The Morning Win. Subscribe to get irreverent and incisive sports stories, delivered to your mailbox every morning. Blake Schuster is filling in for Andy Nesbitt.

I’ve been thinking a lot about public parks the last few weeks and how we tend to take them for granted. You hopefully have a space nearby that allows you to be one with nature or go for an afternoon stroll. Maybe you’re in a softball league or just enjoy having a place to throw the football around on the weekends.

As a Chicagoan who absolutely adores the lakefront area of Grant Park and the Museum Campus, it’s been hard not to notice that the city’s front lawn is becoming a little less accessible, and a little more for-profit, all without public say.

It turns out the city wasn’t quite as forthcoming with information on NASCAR’s three-year deal to hold an annual July street race through the area as it should have been. City permits revealed the race will shut down the majority of Grant Park for two weeks during one of the best months to relax outside near Lake Michigan. Because it’s a revenue-generating event, the city didn’t need public approval. Even the aldermen who represent the district that includes Grant Park weren’t included in these discussions. According to Greg Hinz of Crain’s Chicago, the city will receive a $500,000 permit fee, 15 percent of net commissions on concession and merchandise plus $2 per admission ticket sold. That’s all we know.

That shouldn’t be enough to win over the residents of the area who have to deal with their public parks going private—as well as the noise and pollution that NASCAR is known for. This isn’t to bash stock car racing but to point out the realities beyond the pretty views on television.

Lollapalooza will move into Grant Park the following week, keeping it off limits to the public even longer. The city just extended the festival for another 10 years.

Dog parks, tennis courts and softball fields will become unusable in the area. It’s a shame. All of these festivals and sporting events sure sound great in theory, but until the public has a chance to weigh in and provide their say, it doesn’t seem right to give away that land at the height of summer. Especially when so many will be priced out from attending the festivities.

I wrote a wild column on Tuesday about how badly the city is mucking up a chance to revitalize the area by letting the Bears leave, and you should read it!

In the meantime, as summer begins to come to a close, this is a reminder to take advantage of your neighborhood park. Enjoy the outdoors. Get some fresh air. Touch some grass. You won’t regret it.

Quick hits: The world pays tribute to Vin Scully … Winners and losers of the MLB trade deadline … and more.

— The legendary Vin Scully died on Tuesday at …read more

Golden Globes 2021: The Complete List of Nominees | Entertainment Weekly
"Chilling": 4 of the most shocking revelations from a new book about Trump's war with his generals