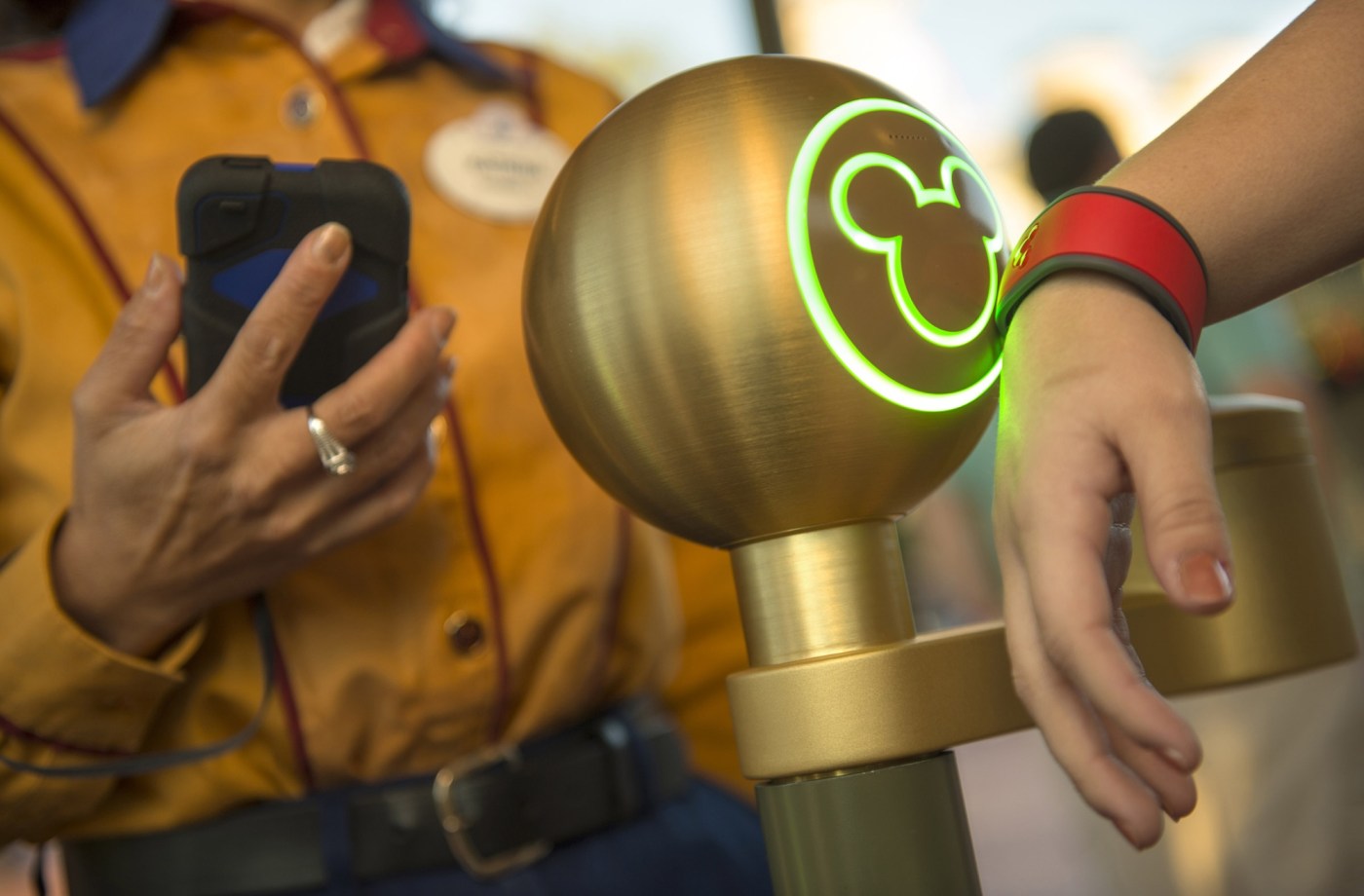 Wearable tech bracelets that have become an essential part of any Disney World trip are coming soon to Disneyland as a way to track and collect data on visitors and create “magical moments” as they move around the Anaheim theme park and nearby Disney hotels.

The nextgen MagicBands were unveiled last week at Walt Disney World, but when will the wearable tech bracelets be coming to Disneyland?

MagicBand+ wearables will roll out later this year at Disneyland, Disney California Adventure, Downtown Disney and the three Disneyland resort hotels. MagicBand features and experiences will vary at each Disney theme park resort around the globe.

Sign up for our Park Life newsletter and find out what’s new and interesting every week at Southern California’s theme parks. Subscribe here.

SEE ALSO: Is Disneyland building a third theme park? Not yet

Disney MagicBands have been an essential part of any visit to Disney’s Florida theme parks since 2013, but wearable tech devices haven’t made the trip west to Disney’s California parks — until now.

The MagicBands — similar in size to a FitBit — are plastic bracelets that use radio-frequency identification (RFID) electromagnetic fields to identify and track Disney World visitors and collect user data during their stays at the Florida theme park resort.

Disney World visitors use MagicBands in place of theme park tickets and hotel room keys as well as to make payments and unlock in-park experiences. The MagicBands are also used as part of Disney’s PhotoPass program and as a way to interact with some theme park attractions.

The hands-free convenience of the MagicBands are designed to “enhance the guest experience” and “unlock unique moments of magic,” Disney Parks Chairperson Josh D’Amaro said when announcing the nextgen updates.

More than 29 million Magic Bands have been produced since their introduction.

The MagicBands coming to Disneyland won’t have the same exact functionality as the Disney World MagicBands. Some features will vary at Disneyland.

Disneyland is already planning for the winter holidays with Christmas trees, parades, Santa and more

How the slowing economy is affecting theme parks this summer

Is Disneyland building a third theme park? Not yet

How Disneyland refurbished everything on Finding Nemo Submarine Voyage

Magic Bands from the Walt Disney World resort will work at the Disneyland resort.

Disney World gave away generic Magic Bands to hotel guests and annual passholders for years — before ending the freebies.

Golden Globes 2021: The Complete List of Nominees | Entertainment Weekly
Misfired rockets may have killed over a dozen in Gaza battle