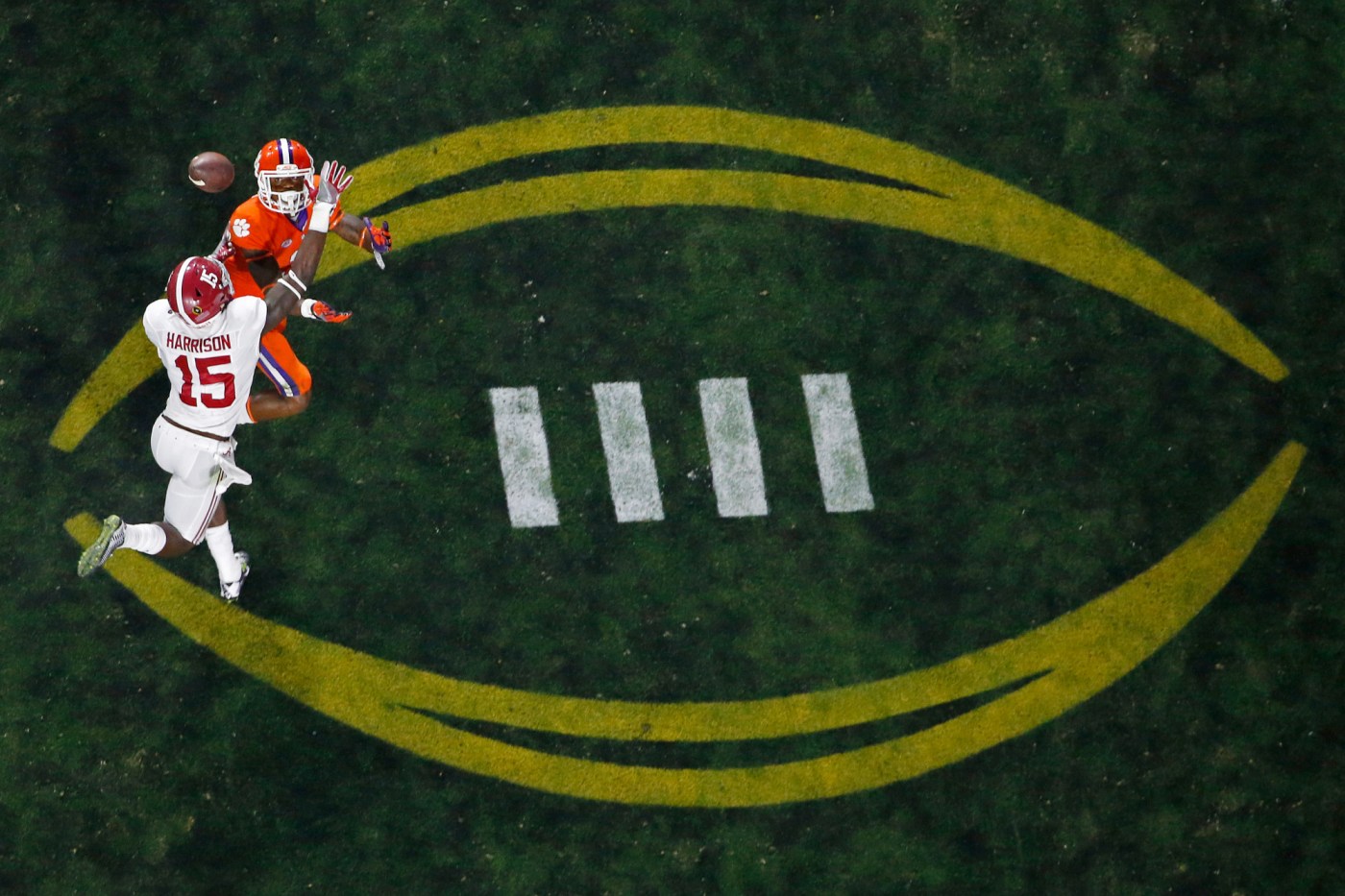 The most engaging, involving and dramatic regular seasons in sports will disappear in 2026.

No longer will you begin your Saturday by flipping on the TV at 9 a.m. and watch the dominoes fall until 11 p.m., from Columbus to Gainesville to Norman to Eugene. No longer will every game count.

Consistency will be shelved. Health will be devalued. And, in all likelihood, the end of the road will feature the same crimson, orange and scarlet suspects.

The College Football Playoff has totally erased what was a familiar and tiresome question, often voiced on the morning of Jan 2: So who was the best team?

Having rendered that problem nonexistent, the suits are crafting a solution.

They have proposed a 12-team matrix that will ooze its way through the committee maze and, one assumes, will be approved in September.

Using the CFP rankings after the conference championship games, the new system would invite the top six league champs. Then it would include the next six highest-ranked teams.

The top four would enjoy first-round byes. The highest seeds in the first round (5 through 8) would play those games in their home stadiums, which is smart, because it adds a weather element and it doesn’t ask its fans to travel. Then the tournament proceeds for three more weekends, at neutral sites.

So the first-round matchups would be Memphis at Georgia, Utah at Oregon, Penn State at Baylor and Florida at Wisconsin.

The Memphis-Georgia winner would play Oklahoma. The Oregon-Utah winner (a rematch of Oregon’s 37-15 win in the Pac-12 championship game) would play Clemson.

The Baylor-Penn State survivor would meet Ohio State. And the Wisconsin-Florida winner would take on LSU.

Theoretically, this would allow the non-power leagues to get multiple teams into the playoff and would ensure that one of them would get a chance to win the championship, a chance that Houston and UCF didn’t get.

That’s positive. But it doesn’t outweigh the damage to the regular season and to players generally.

If a 5 through 12 team gets to the championship game, and if that team played in a conference title game, the architects will extol the genius of the system and the restoration of the “underdog.”

They will brush off the fact that it would be the 17th, as in seventeenth, game of that season. That would be the equivalent of the new NFL regular season.

That is a ridiculous and dangerous way to answer what seems to be the biggest complaint, which is that Alabama, Clemson and Ohio State are too good. One or two of them have played in each of the seven CFP finals.

Golden Globes 2021: The Complete List of Nominees | Entertainment Weekly
Matthew Rolston, who photographed Beyoncé and Prince, turns his eye to Pageant of the Masters

Time to set your watches to those afternoon and evening storms

Will ‘Blindspotting’ put Oakland, Bay Area on the TV radar?