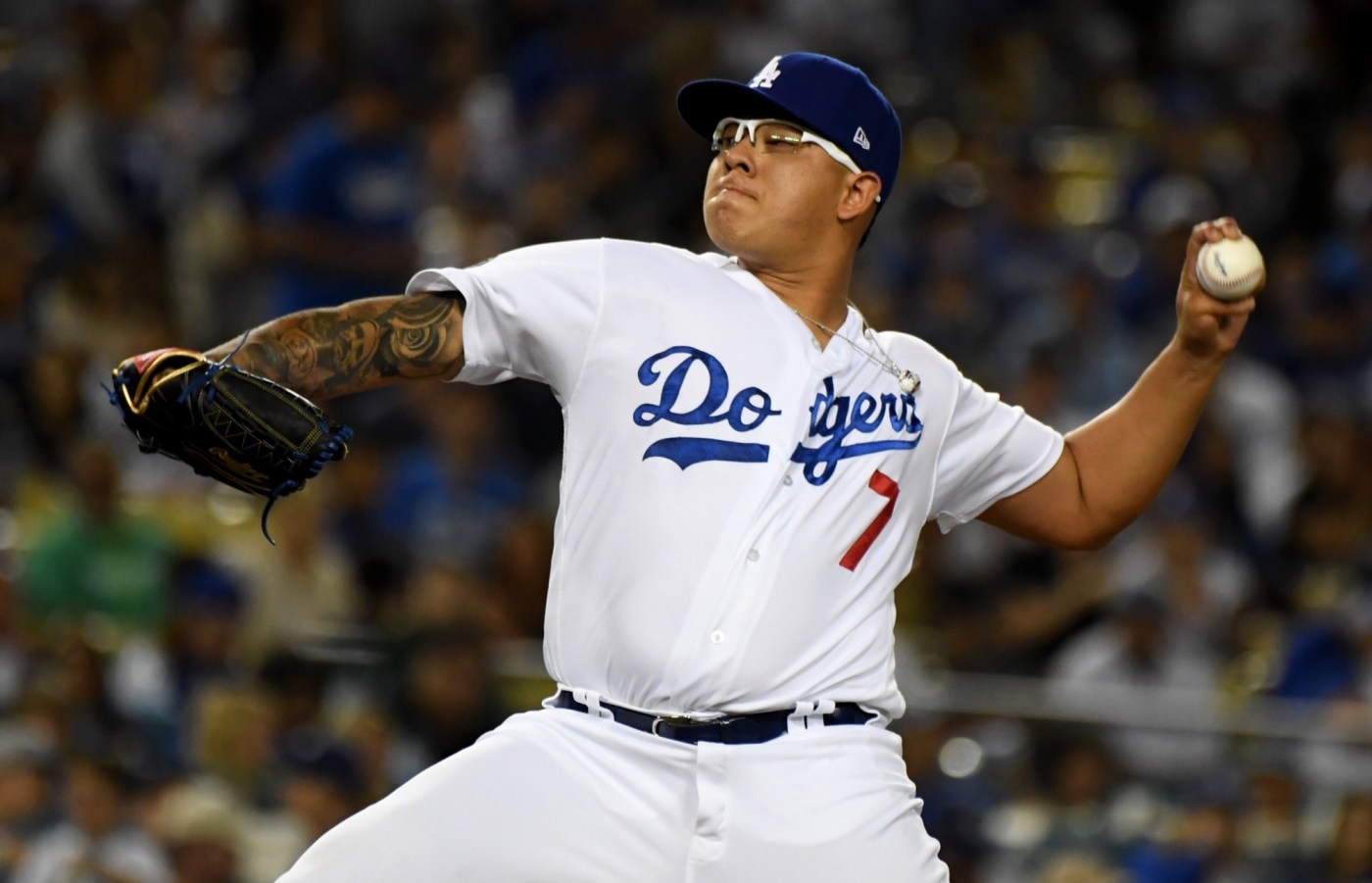 Before he even threw a regular-season pitch this season, Julio Urías had a 3-0 lead.

It sort of went on from there.

Urías took that 3-0 lead into the eighth inning in Colorado and picked up the first of his 20 victories. He became the first to do that in the National League since Max Scherzer in 2016 for Washington.

There were no countdowns or trumpets, because a pitcher’s W is considered a relic, like a Polaroid or the single-wing.

It means Urías isn’t a serious Cy Young Award candidate like teammates Scherzer and Walker Buehler. It does not diminish him among the Dodgers.

He has permanent credibility after he mowed down the final nine batters in Game 7 of the NLCS against the Braves, and then did the same to the final seven Tampa Bay batters in Game 6 to win the World Series. Maybe this smorgasbord of nightly runs for Urias was proper compensation.

Urías brings the ball to the final game of the Division Series on Thursday in San Francisco. On Sunday, he stood between the Dodgers and a two-game series deficit, and he gave the Giants one run in five innings and drove in one, too, after they had intentionally walked A.J. Pollock.

The Dodgers led 2-1 when he left, and then ran away to win 9-2. They’re fine with Urías’ lucky charms. Whenever he pitches, the other team has trouble hitting.

Urías was sixth in the National League in WHIP, seventh in innings, seventh in ERA, third in walks per nine innings, and ninth in batting average against. He had started only 38 games before this season. The Dodgers used to cough uncontrollably when asked if Urias could be a 200-inning pitcher someday, This year, he pitched 185 2/3.

“It’s been fun to watch him grow from last year, when they said, ‘Hey, we’re going to use you all the time and pitch two or three innings,’” Buehler said. “’And this year, you’re getting a full year of 30 starts and we’ll see what you can do.’ I don’t think we could have any more confidence in anyone pitching this game than Julio.”

On April 20, the Dodgers left Urías to his own devices. He went seven innings in a 1-0 win at Seattle. Scott Boras, his representative, circles that day.

“He found his breaking ball,” Boras said. “He’s been able to keep developing that, and his changeup, and still maintain 95 mph. Now the hitters can’t predict when he’ll throw the fastball, because he’s throwing the curve and change 40 percent of the time. It’s a way to get the elite righthand hitters out.”

Winning 20 games in 32 starts, when you’re only permitted to throw as many as 100 pitches once, …read more

Golden Globes 2021: The Complete List of Nominees | Entertainment Weekly
DK Metcalf and Shannon Sharpe go at each other on Twitter after 'hero ball' criticism

US will restore full pension to Trump target McCabe