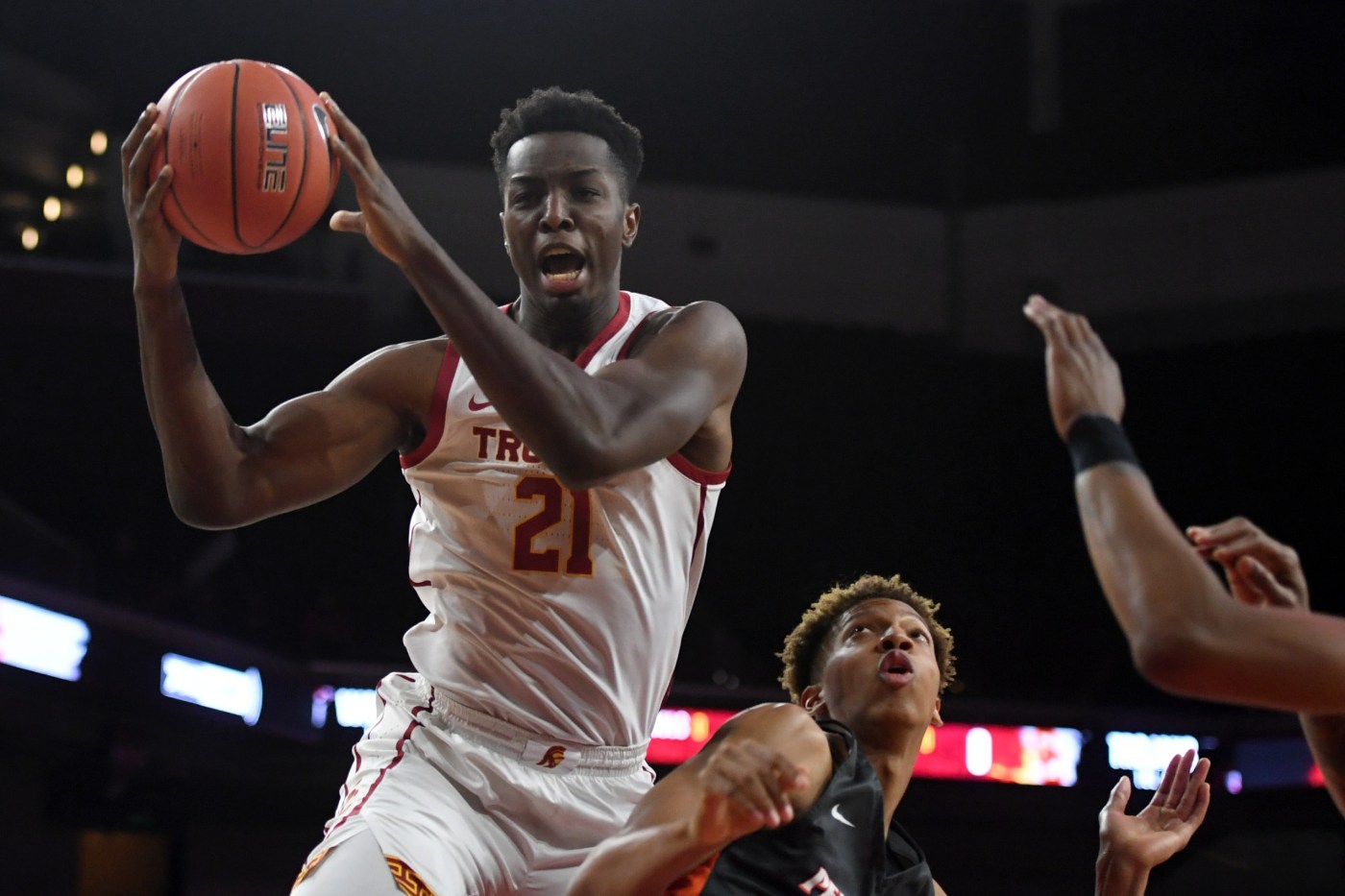 When someone begins to describe a basketball player as “The next …”, it’s time for the mute button.

Adam Morrison wasn’t the next Larry Bird. Eddy Curry wasn’t Baby Shaq. Brandon Ingram, certainly a notable player, won’t ever be Kevin Durant. And if you never heard of Johnny Neumann, you missed his failure to become Pete Maravich.

The “comps” are shorthand. They usually deal in appearance, rather than essence. They also irritate the heck out of those who are being compared.

But when Onyeka Okongwu got picked sixth overall in the NBA Draft on Wednesday, he was prepared for the “next.”

Although there was no NCAA Tournament for Okongwu and USC to showcase themselves in last spring, he was on a parallel track with Bam Adebayo of the Miami Heat. With each passing week, all the way into the NBA Finals, it became more an honor than a label.

“I think that comparison is accurate for sure,” Okongwu said from his parents’ home in Chino Hills, as the draft took place in living rooms instead of coliseums. “It took him three years to develop into an All-Star. I’m patient enough to develop my skill set.”

Adebayo became the conduit of Miami’s offense and still had a thunderous impact in the paint. He spent one year at Kentucky, just as Okongwu spent one year at Galen Center. But Adebayo executed this metamorphosis after he got to the Heat. Until then he was known strictly as a low-post bruiser who rarely scored outside of dunk range. Miami took him 14th overall in 2017.

If anyone should feel complimented, it’s Adebayo. The 6-foot-9, 245-pound Okongwu is much more versatile at this stage.

“I could see him developing into that role,” said Dennis Lattimore, Okongwu’s coach at Chino Hills. “The thing that always set him apart was his feel for the game. He sees his teammates, he enjoys passing, and he can do a lot of things close to the basket. He scores with either hand and he’s explosive. But they really like him because of his defensive instincts.”

After picking up lost phone, construction worker claims he was wrongfully arrested, harassed by Chicago alderman

That is why the draft is so confounding. Here are the 11 through 14 picks in 2017: Malik Monk, Luke Kennard, Donovan Mitchell and Adebayo. Yes, in that order.

Motivation, aptitude, health and humility are difficult to judge even when the teams are allowed to work, hands-on, with the prospects. This cyber-draft is more of a dart-throwing contest, but Okongwu and Obi Toppin, a Dayton senior who went to the New York Knicks with the eighth pick, are the ones who bring the most truth-in-advertising.

“The Bam blueprint is what you’re seeing teams go to,” draft analyst Michael Schmitz said. “You don’t find guys like that through free agency or trades. Teams who are drafting outside the top 10 are trying to get into the top seven, and Okongwu is the name you hear the most about.

“I’m not sure I would compare him to Bam offensively, at least maybe not yet. He might not become the point center that you see with Bam. But …read more

Down, but never out

Rachel Maddow feared that COVID-19 ‘might kill’ her partner