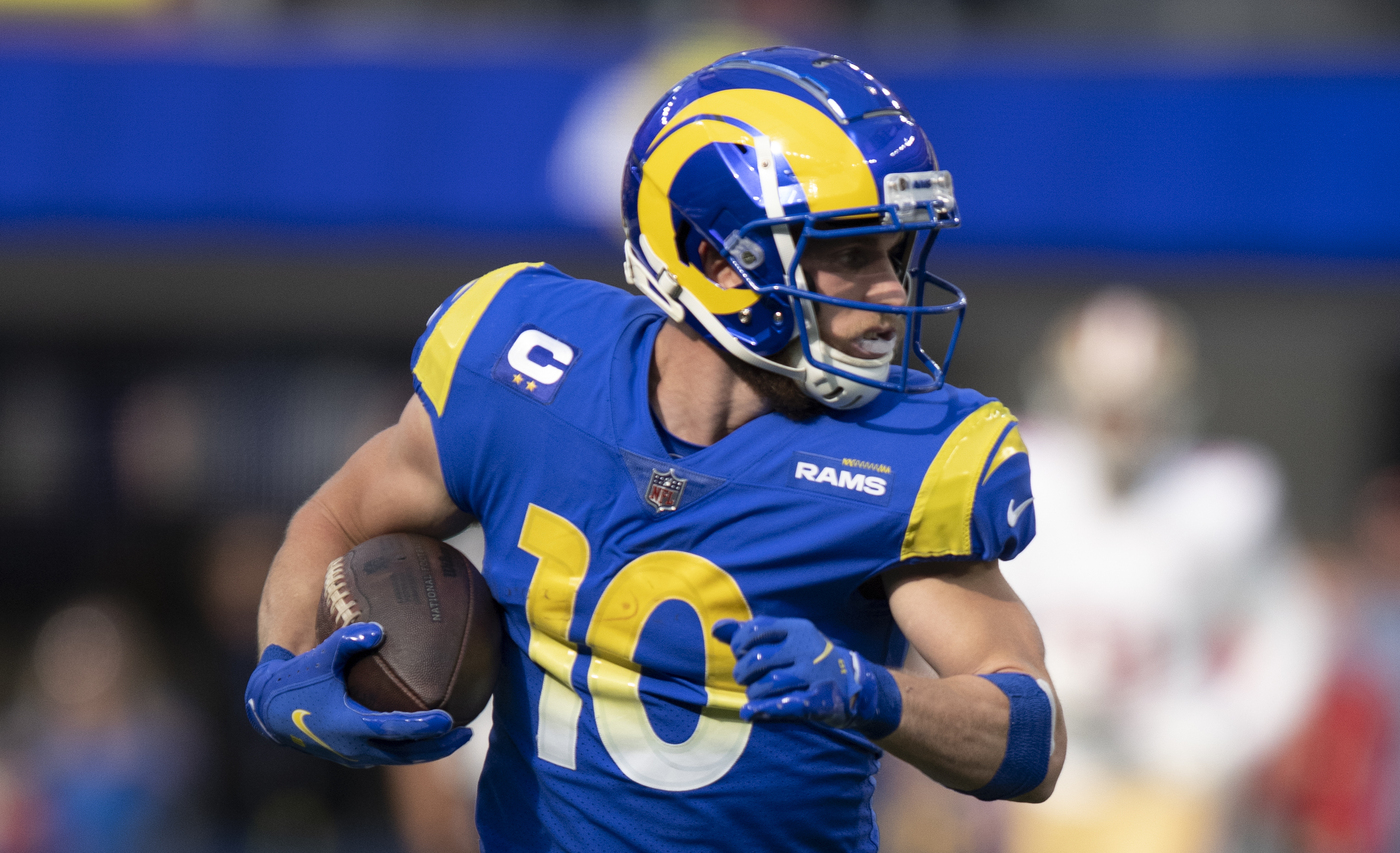 Nick Edwards was a senior at Eastern Washington when Cooper Kupp was a redshirt freshman. Three years later Edwards became his position coach.

He knows that you know a lot about Kupp, the NFL leader in catches, receiving yards and touchdowns in 2021. He also knows what you don’t know.

“My man could eat, now,” Edwards said, laughing. “He changed his body drastically, took over the weight room … but he could eat. He could go through a carton of eggs in a day.”

“But mostly I remember how he would work with tennis balls and the JUGS machine like a veteran. He would keep us out there after practice, as a redshirt. He always took it to another level. He was a consumer of ‘ball.’”

Edwards is now the offensive coordinator at Cal Poly. He hopes he finds a pupil as ravenous, or as talented, as Kupp. He doesn’t expect both.

“A lot of people can’t go the extra mile,” he said. “Maybe they can do it once. The things he did were consistent.”

So that’s really a Double Triple Crown. Aaron Rodgers is most likely the league MVP (Most Valuable Player) but Kupp is as good a candidate for MVVP (Most Valuable Vaccinated Player) as there is.

He’ll be there on Monday night when the Rams try to move the Arizona Cardinals out of their Super Bowl path.

We also know that Kupp was not seriously recruited by an FBS school. He chose EWU over Idaho State since Washington coach Steve Sarkisian wasn’t interested.

For this, he was known as a sleeper, which is just wrong. He’s the only one who wasn’t sleeping.

Kupp was first-team all-state at Davis High in Yakima, Washington. His basketball team won the 4-A state title. His coaches at Davis were tight with the EWU staff, which had put together a Triple-A powerhouse. The Eagles won the FCS national title in 2010, made it to the championship game in 2018 and reached the semifinals four times.

That was the scene of Kupp’s first triple crown. He broke FCS career records for touchdowns, yards and catches. That mountain of numbers was tossed in the circular file when Kupp only ran 4.62 seconds in the 40-yard dash at the NFL combine. He was drafted behind Corey Davis, John Ross (from Washington), Curtis Samuel and JuJu Smith-Schuster.

This is after the scouts and general managers all saw Kupp dominate his week at the Senior Bowl, where his GPS speed during workouts …read more

Lakers embarrassed by Nuggets in blowout