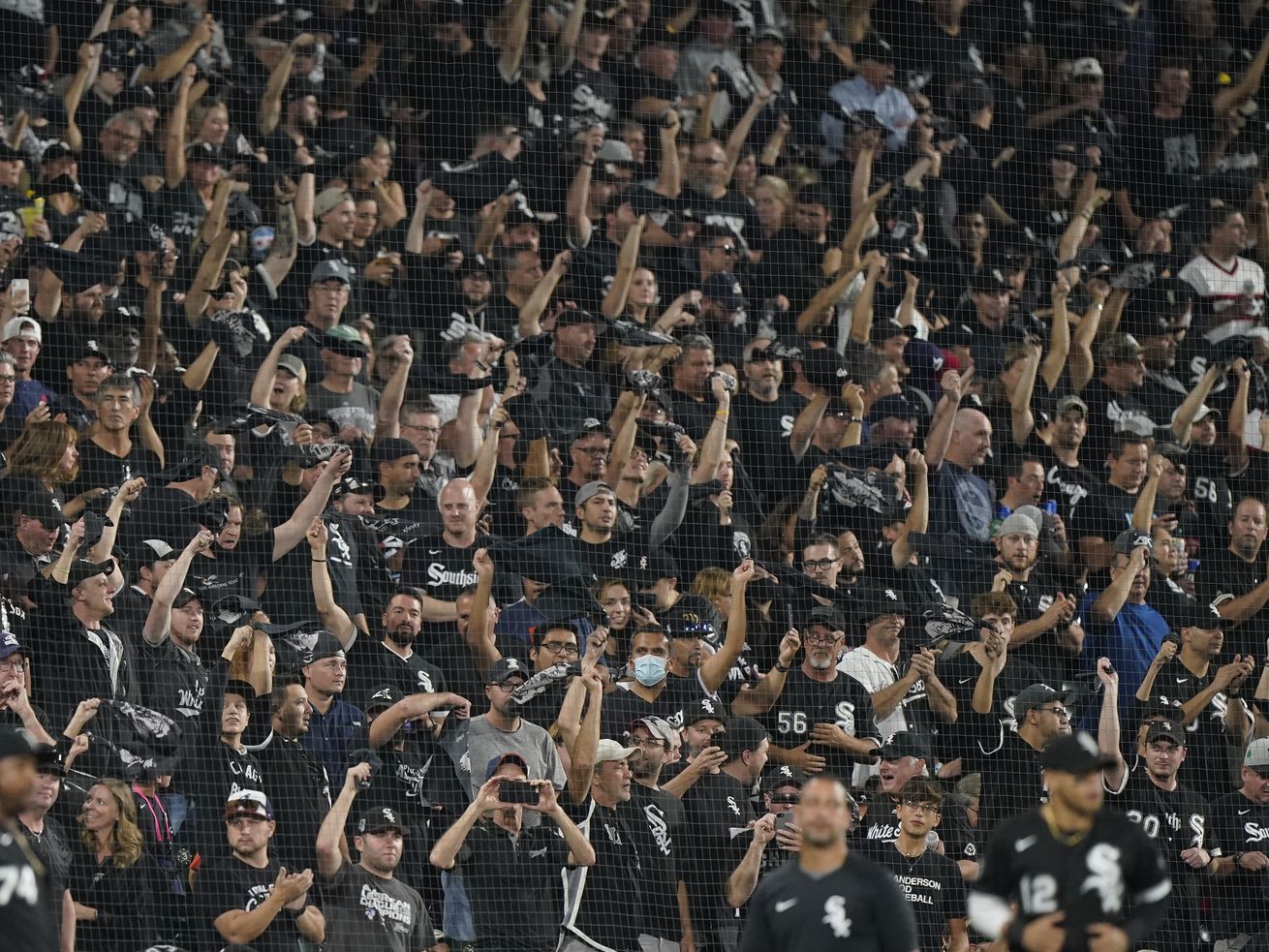 Crowds at Guaranteed Rate Field have been lively, throaty, fun and edgy all season long. Sunday’s crowd of 40, 288, dressed in black for effect, got downright nasty with Astros second baseman Jose Altuve, chanting “(bleep) Altuve,” their favorite target for venting disdain for the Astros’ sign-stealing scandal from 2017-18.

“It’s America, they can chant ‘fire La Russa’ if they wanted to, right?” manager Tony La Russa said. “I have no problem as long as they show up.”

La Russa was bothered by questions about the chant painting the crowd in a negative light because “amazing thoughts come to mind … when I think about last night and the fans’ incredible support that was so loud,” he said.

La Russa said Sox the electricity created by the crowd was a topic of discussion in the dugout late in the game, when fans often pack up and head home, especially during a game that isn’t close. And this one was on a night before a workday. This crowd, treated to one of the most memorable games at Guaranteed Rate Field in recent memory, stayed for four and a half hours.

“I looked up — we all looked up — and it was four hours, and every seat was filled,” La Russa said. “That’s the damnedest thing I have ever seen.”

Sox right-hander Ryan Tepera randomly suggesting the Astros might have been up to “sketchy” old tricks will undoubtedly ramp up hostilities against the Sox at Minute Maid Park if the Sox can win Game 4 Tuesday and bring the series back to Houston for a deciding Game 5.

The Sox, who have the best home record in the American League, will welcome one more boost Tuesday afternoon. That is, if the crowd is up to it again.

“This place was rocking,” catcher Yasmani Grandal said. “Hopefully we’ll have it tomorrow again, and you know, keep rocking.”

It’s a wrap: The final Chicago baseball quiz of the season

Tim Anderson had the fifth three-hit game of his six-game postseason career, and is 16-for-29 in three games against the Athletics in the Wild Card series last season and three against the Astros. The 16 hits are the most by any player in a six-game span in the postseason. Fourteen of the hits are singles.

Leury Garcia’s 436-foot, go-ahead three-run home run was the longest of his career. Garcia, the longest tenured Sox player, was a goat in Game 2 for misplaying a deep drive into a game-changing double. Garcia faced two Garcias in the at-bat, Luis and Yimi.

“You have to leave the past in the past,” Garcia said.

The runs scored in the 12-6 win in Game 3 Sunday are the second-most in a postseason game in franchise history, and the 16 hits were a franchise postseason record.

*Before Grandal homered in the third inning, the Sox had 20 consecutive singles to begin the postseason, the longest such streak in MLB history, breaking the previous streak of 19 straight singles by the 2008 Angels.

SF Giants NLDS loss: Why it all fell apart, and why there’s plenty of reason for hope in 2022 and beyond