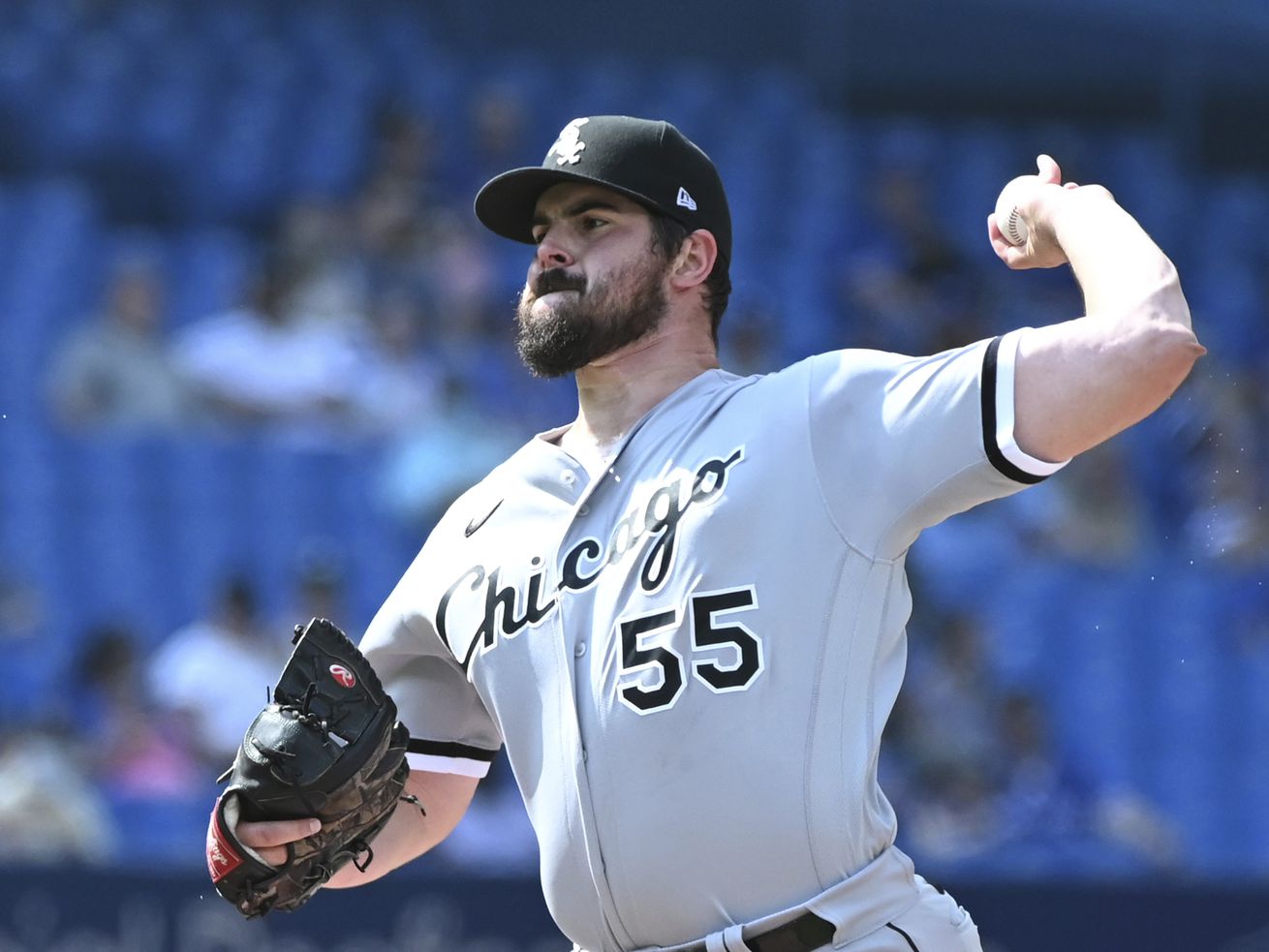 Lance Lynn will be available in bullpen, Giolito likely starter for Game 5 (if necessary)

Carlos Rodon is still on for Game 4, and Lance Lynn will be available in the bullpen.

If the Sox can force a deciding Game 5 with a victory, Lucas Giolito would start again in Houston, where he started in Game 2.

The White Sox are looking for their first good outing from a starter in the American League Division Series against the Astros, and they are banking on Rodon, who has dealt with shoulder soreness the last several weeks, to deliver in Game 4 Tuesday at Guaranteed Rate Field. It was scheduled to be played Monday afternoon but expected rain prompted Major League Baseball to postpone it a day.

“That’s exciting,” manager Tony La Russa said Tuesday morning, about 11 hours after holding a press conference in the same chair at Guaranteed Rate Field after the Sox beat the Astros 12-6 in a draining four and a half hour game Sunday night. “A must win [Tuesday], and we can get to Game 5. I don’t know what Houston is saying, but that game was so long and with a quick turnaround, this makes for better baseball Tuesday.”

La Russa said everyone used in the bullpen with the exception of Michael Kopech would have been available Monday. But the extra day is welcome.

“Having the extra day off definitely is going to be a little bit of deep breath and a breather for us and to be able to go back out for Game 4,” said Aaron Bummer, who struck out four in 1 2⁄3 innings of perfect relief.

Rodon wasn’t perfect in two starts against the Astros this season, but not far from it, allowing one run over 14 innings, and he is saying he feels better with each day. He told La Russa he could pitch in relief Sunday.

Walt Disney’s ties to Florida reach back to Paisley settlers

Lynn, who gave up five runs in 3 2⁄3 innings in Game 1, had his cleats on in the bullpen during the Sox’ 12-6 win over the Astros Monday at Guaranteed Rate Field. He pitched in relief for the World Series champion Cardinals as a rookie for La Russa in 2011, so it’s not foreign territory for the 33-year-old veteran.

Having Lynn available as a long relief option is a good thing knowing Kopech, who pitched 2 1⁄3 innings innings of three-run ball and threw 47 pitches Sunday, needs two days rest and won’t be available till a possible Game 5.

Everyone else in the bullpen will be available Tuesday after Ryan Tepera (two innings), Bummer (1 2⁄3 innings), Craig Kimbrel (one batter), and Liam Hendriks (one inning) combed for five masterful innings of perfect relief Sunday.

Having a day of rest before an elimination game is big.

“We all wanted to play [Monday] to keep this thing rolling and keep the momentum, but yeah, the extra day off definitely helps our bullpen,” said Bummer, who struck out four of the five batters he faced Sunday. “We used a lot of guys yesterday, a …read more

Golden Globes 2021: The Complete List of Nominees | Entertainment Weekly
Ask Amy: Were they right to boycott their own baby shower?

Gas prices are rising in Florida. Here’s why, according to data