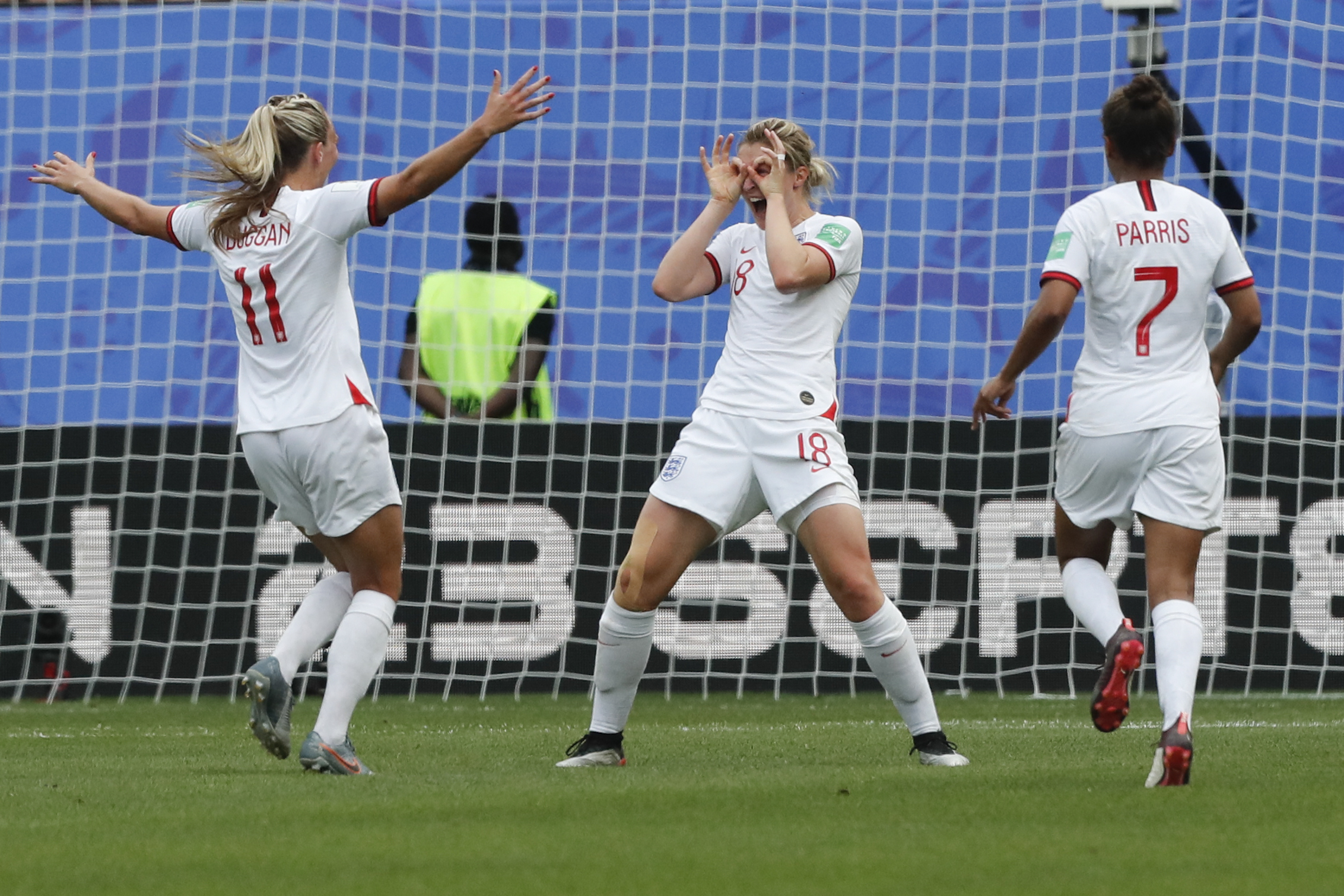 Russian director Andrei Konchalovsky offers a bemused smile at how fate delivered his two new films to American audiences within weeks of each other.

“Strange situation, yeah?” he says with a shrug during a Zoom call from his home in Moscow.

It is, and yet at the same time, it’s fortuitous, too.

“Sin,” an epic about the Italian Renaissance artist Michelangelo, arrived in mid-February. “Dear Comrades!” the true story of a Soviet-era massacre and coverup, debuted at the end of January, shortly before it made the shortlist of Oscar contenders for best foreign film.

Together, they serve as a reminder of why the 83-year-old writer-director-producer is a modern-day master of filmmaking in a career that spans more than six decades.

England’s Ellen White, third from left, celebrates after scoring her side’s 2nd goal during the Women’s World Cup round of 16 soccer match between England and Cameroon at the Stade du Hainaut stadium in Valenciennes, France, Sunday, June 23, 2019. (AP Photo/Michel Spingler)

Sound
The gallery will resume inseconds

And while the topics of “Sin” and “Dear Comrades!” are huge — a legendary artist, a political and humanitarian tragedy — Konchalovsky says his personal interest and inspiration began with the small, telling details in the lives of the individual characters.

“You know, when I’m writing something, and when I’m studying something, I usually start from unnecessary things,” he says, saying he likes to explore “not really relevant” elements to help him learn about a person or a story. In the case of Michelangelo, he found that not in his art but in something else.

The journey eventually led to “Sin,” a film in which the man Michelangelo takes prominence over the artist or genius as he’s more typically portrayed.

It’s a choice, that Konchalovsky, who wrote the screenplay with his frequent collaborator Elena Kiseleva, knows might strike some viewers as unusual. In fact, that’s what he hopes.

“The audience is perplexed because they’re supposed to be perplexed,” …read more

Golden Globes 2021: The Complete List of Nominees | Entertainment Weekly
When she was 13, she lost her friend to leukemia. Now, she’s honoring the girl’s legacy in the most touching way.