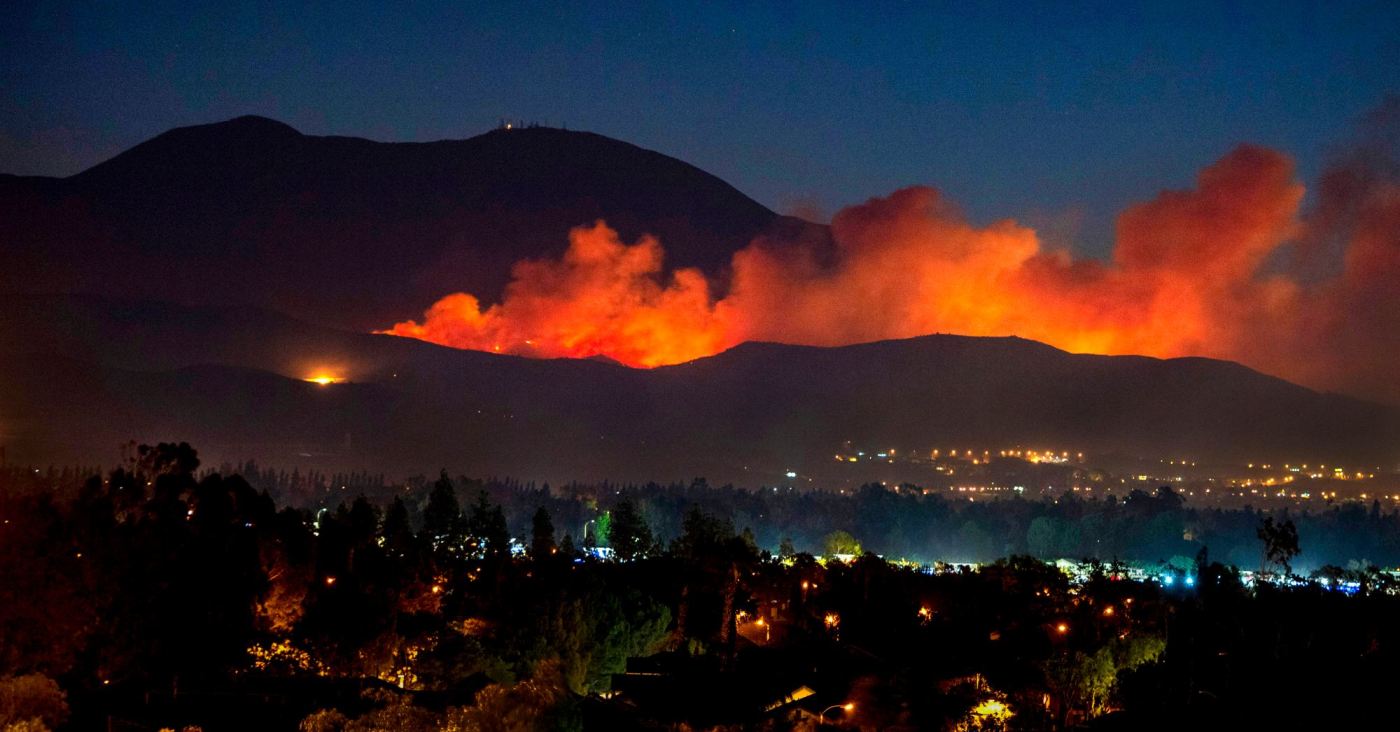 It’s no secret that the state’s wildfires are getting worse every year, but the big question is just how bad it’s going to get.

Five of California’s six largest wildfires on record occurred in 2020 and nine of the 10 biggest ignited within the past decade. With California in the second year of drought, state officials are scurrying to shore up resilience efforts and firefighting capabilities.

That emphasis on resilience, including a $536 million “early action plan” unveiled by Gov. Gavin Newsom on Thursday, April 8, was applauded by panelists tackling the issue during a discussion hosted by the SoCal Policy Forum the same day. The forum is a partnership between the Southern California News Group and UC Riverside.

Firefighting techniques and capacity are important, but not the ultimate solution, said Michael Gollner of the Berkeley Fire Research Lab.

“We’re not going to make a big dent by aerial suppression,” Gollner said during the 90-minute online event. “The big dent is going to be on the ground before the fire starts.”

Part of the problem is that for decades, the state suppressed naturally occurring wildfires and did little forest management, which allowed wooded areas to grow increasingly dense with fuel for wildfires, said Wade Crowfoot, the state’s natural resource secretary, in a pre-recorded video.

Crowfoot went on to outline a $1 billion plan released by Newsom in January, more than half of which was the subject of Thursday’s announcement by the governor and is expected to be approved by the Legislature later this month. The remainder is expected to be considered by lawmakers in June when they take up Newsom’s overall state budget.

Armed robberies reported on the Northwest Side

The plan includes neighborhood resilience projects, such as putting screens on chimneys, clearing vegetation from around homes and ensuring evacuation plans are in place. There would also be managed burns and other forest management efforts, and an increase in the number of emergency fire breaks.

“If there are fires around communities, those fires will stop or at least slow down to give firefighters more time” thanks to fire breaks, Crowfoot said.

While most of the world saw air quality improve last year, as the pandemic reduced motor vehicle traffic, California’s record-setting wildfires resulted in the state having far worse air pollution.  September’s West Coast fires resulted in the U.S. accounting for 77 of the world’s 100 most polluted cities and towns for the month, with California’s locales topping the list, according to the annual report issued by IQAir.

And the prognosis for future wildfires isn’t hopeful.

“In the coming years, we don’t see things getting better,” Gollner said. “They may be getting worse.”