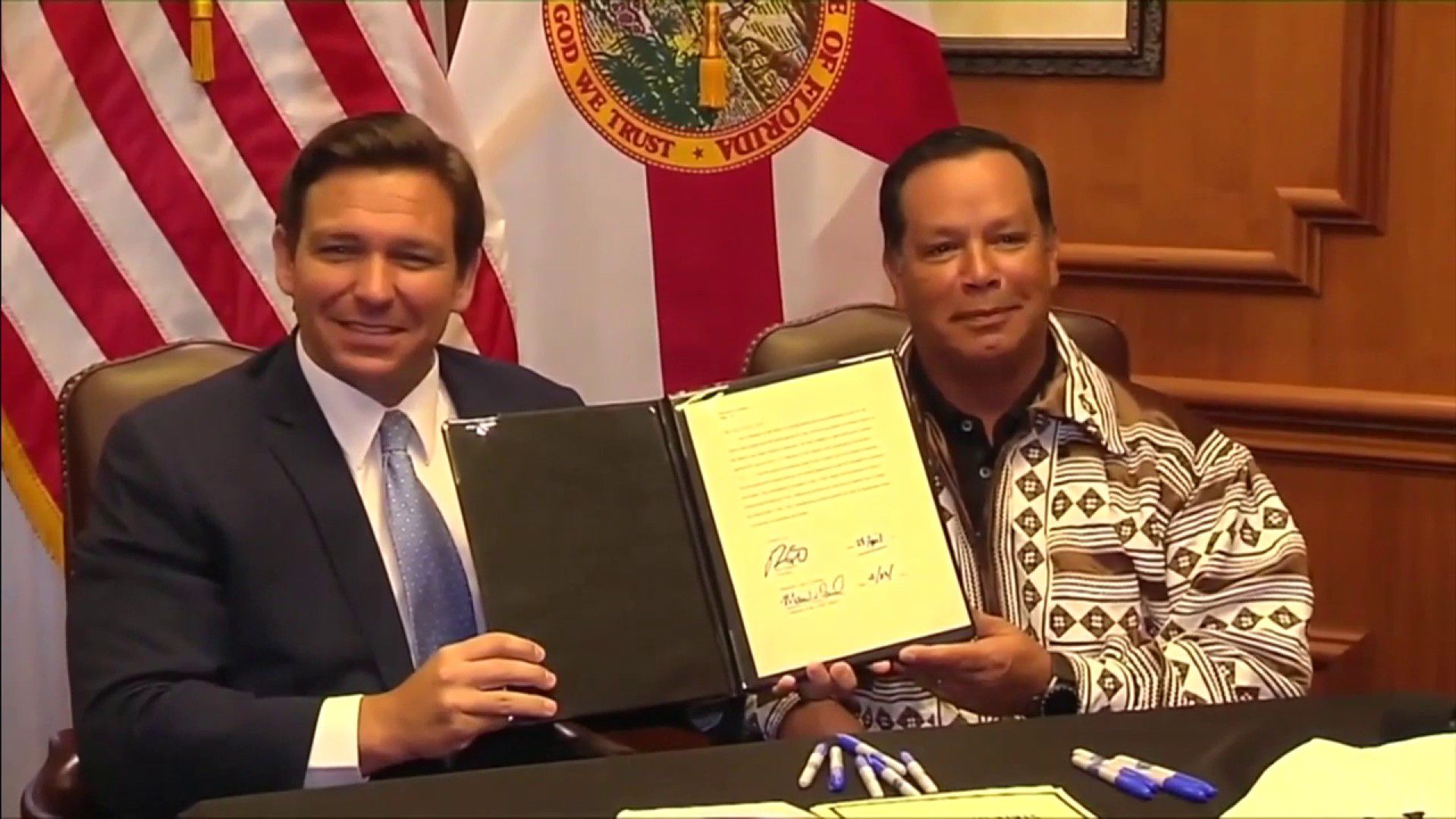 The Seminole Tribe is seeking to put a ruling that struck down the state’s new gaming compact on hold so the tribe can continue offering sports betting while an appeal moves forward.

There are also at least two other options state lawmakers could consider to salvage some of the $500 million a year the state will lose without a deal.

The Seminole Tribe is hoping to continue offering online sports betting while it appeals the ruling that struck down its $500 million a year compact with the state.

But sports betting attorney Daniel Wallach doubts the tribe will succeed because the tribe hasn’t stopped taking bets even with the ruling in effect.

“They’re making the likelihood of success for themselves and the odds here infinitely, infinitely much more difficult by engaging in activity that’s already deemed a violation of the law,” said Wallach.

But Wallach said the state and the tribe could potentially salvage the majority of the compact on appeal.

“Because there is language in IGRA (Indian Gaming Regulatory Act), which allows the preservation of the compliant parts of the compact to remain in tact,” said Wallach.

State lawmakers could revert back to the 2010 compact if they outlaw designated player card games offered by parimutuel facilities.

“The simplest thing to do is for Florida to simply follow the terms of the initial 2010 compact and get $350 million a year,” said John Sowinski with No Casinos Inc.

Wallach on the other hand, argues the best option would be for state lawmakers to amend the compact signed this year and exclude online sports betting.

“That’s roulette, that’s craps, that’s on-reservations sports books, that’s the ability to build four new casino structures. You can have all of that,” said Wallach.

Even without sports betting, the state could still bank $450 million a year from a deal with the tribe.

State lawmakers will be back next week for committees, but there’s been no indication they plan to gavel in to pass an amended compact.

So far the State of Florida has not taken any formal action to appeal the ruling striking down the compact.

“We are reviewing the Court’s perplexing ruling, which certainly contains appealable issues. Because neither the Seminole Tribe nor the State of Florida are parties to the case, it is unclear what if any immediate impact the ruling has in Florida,” said the Governor’s Press Secretary Christina Pushaw in an emailed statement.

Kings come up short in firefight with Hurricanes