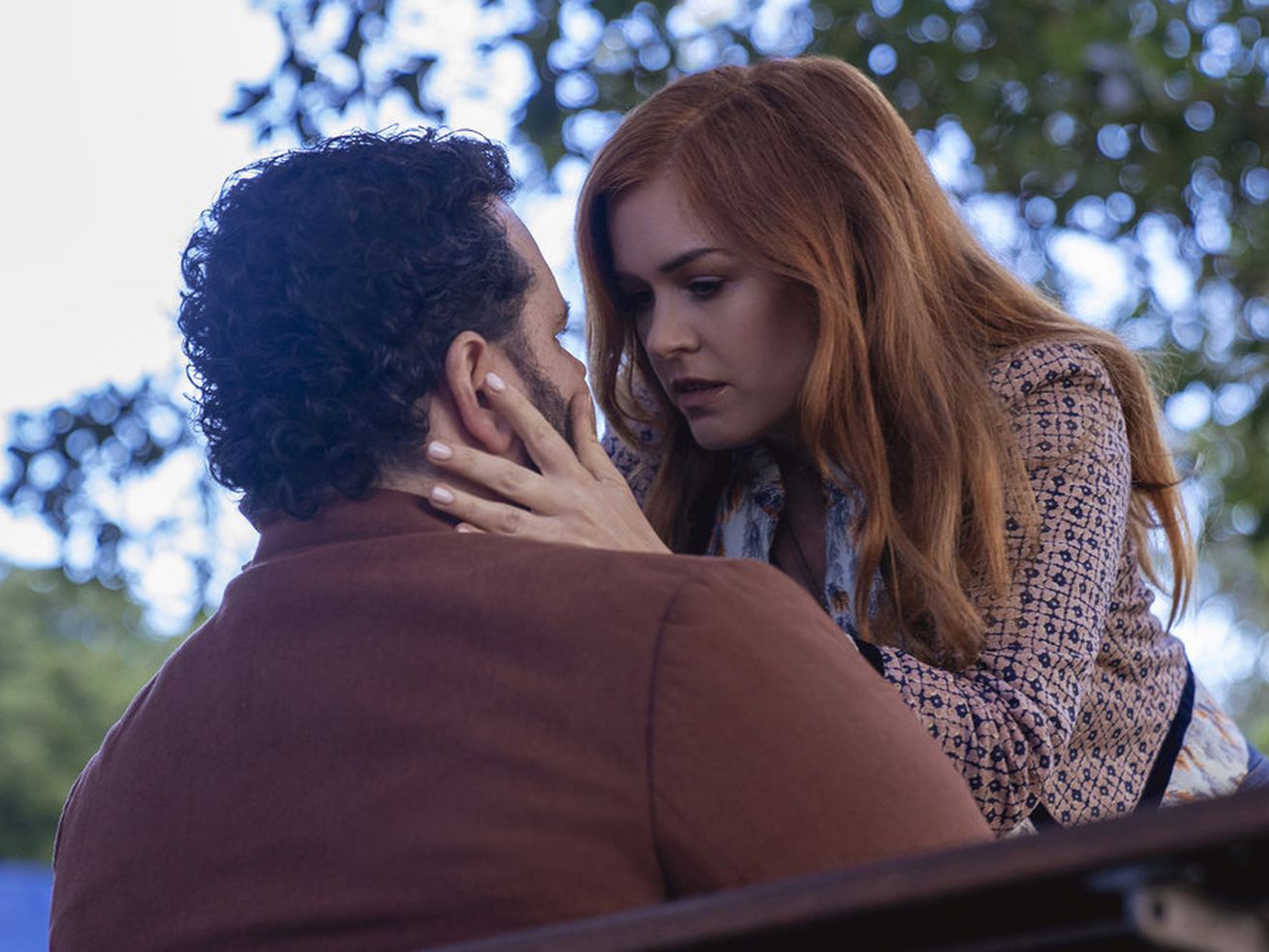 Gary (Josh Gad) has a lot of questions about new love Mary (Isla Fisher) on “Wolf Like Me.” | Peacock

Despite the talents of stars Isla Fisher and Josh Gad, show lacks the bite to warrant a binge.

The six-part Peacock genre-bending series “Wolf Like Me” was filmed in Sydney and other parts of New South Wales, Australia, and the visuals are gorgeous and at times almost otherworldly in their beauty.

What a pair of leads.

Josh Gad is Gary, an amiable bear of a man who wears his heart on his sleeve as he tries to navigate the life of a widower and single father, while Isla Fisher is Mary, who has also lost her spouse and has some serious baggage of her own.

After Mary and Gary meet in (literally) accidental fashion, there’s an immediate connection between them — but there’s also something dark and foreboding and … strange about Mary, who has this habit of disappearing on Gary and racing for home and locking herself inside, because, because … well. We’ll say no more. “Wolf Like Me” is designed so the viewer discovers Mary’s secret when Gary discovers Mary’s secret.

Despite the obvious skill set of writer-director Abe Forsythe and the strong and nuanced work from the likable and talented duo of Fisher and Gad, and despite that intriguing premise that comes across as half rom-com, half something entirely different, “Wolf Like Me” doesn’t have enough dramatic bite to justify six episodes. It repeats certain themes to the point of near irritation and is better at the setup and the tease than the payoff. There’s much to recommend in this series and some viewers might be hooked by the haunting themes and the black comedy, but ultimately there’s just not enough meat on the bone.

When we meet Gary, he’s still in the throes of deep grief over the death of his wife, and he’s struggling mightily to connect with his emotionally closed-off young daughter Emma (Ariel Donoghue), who is exhausted by Gary’s constant efforts to be there for her. (She wants to scream when Dad says stuff like, “You gotta help me so that I can help you.”) When their car is struck in an intersection in a violent crash, Gary and Emma are uninjured — but Emma suffers a panic attack. Enter Fisher’s Mary, who was driving the car that hit them, and somehow, almost magically, gets Emma to calm down.

There’s your meet-not-so-cute. Gary and Mary start seeing each other, first as friends and then as something more — but Mary has this habit of running off and locking herself behind a reinforced door in her home. (This is shown in the trailer, so we’re not giving too much away.) Gary is still drawn to her, but …read more

Golden Globes 2021: The Complete List of Nominees | Entertainment Weekly
The Cowboys hilariously punted the ball off their gigantic scoreboard against the 49ers