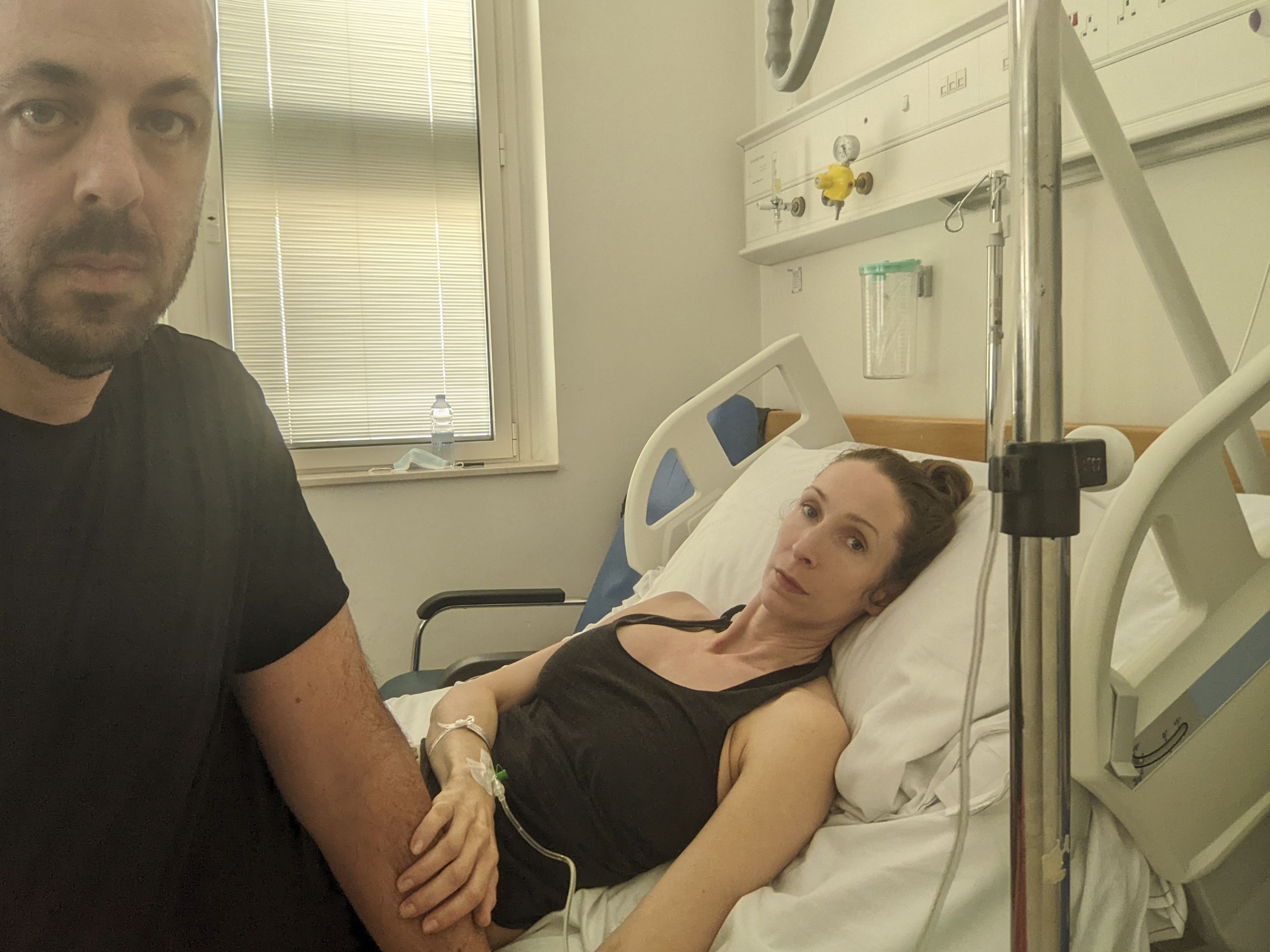 A pregnant American woman who suffered an incomplete miscarriage while vacationing in Malta was receiving treatment Friday in a hospital on the Spanish island of Mallorca because Maltese law prohibits abortion, the woman’s partner said.

Jay Weeldreyer told The Associated Press that doctors at the Son Espases University Hospital in Palma de Mallorca were preparing his partner, Andrea Prudente, for a procedure to remove the remaining fetal tissue because she was at risk of a life-threatening infection.

A medical evacuation flight transported the couple from Malta to Mallorca late Thursday.

Prudente, 38, experienced heavy bleeding on June 12, followed by a premature rupture of the amniotic sac and the separation of the placenta, Weeldreyer, 45, told The AP on Thursday.

The Malta hospital where she was treated carefully monitored her for any sign of infection but it could not perform the surgery to complete the miscarriage, he said.

Malta is the only European Union member nation that outlaws abortions for any reason.

The couple from Issaquah, Washington, a town near Seattle, arrived in Malta on June 5 for what they had planned as a “babymoon” vacation. A week into the trip, Prudente started bleeding and they encountered the “worst of all possible worlds, where there is no good choice,” Weeldreyer said. He indicated she was 16 weeks pregnant at the time.

Under Spanish law, abortion is permitted upon request through the 14th week of pregnancy and up to the 22nd week when a woman’s life or health is in danger.

Tips for experiencing the Hollywood sign in an eco-friendly way

The Women’s Rights Foundation in Malta filed a legal protest in court last week that demanded the legalization of abortion in the tiny island nation.

Ciarán Giles in Madrid and Frances D’Emilio in Rome contributed to this report.

Ask Amy: Somehow, my cash gift managed to offend them

What are the Warriors’ top needs heading into the NBA Draft?