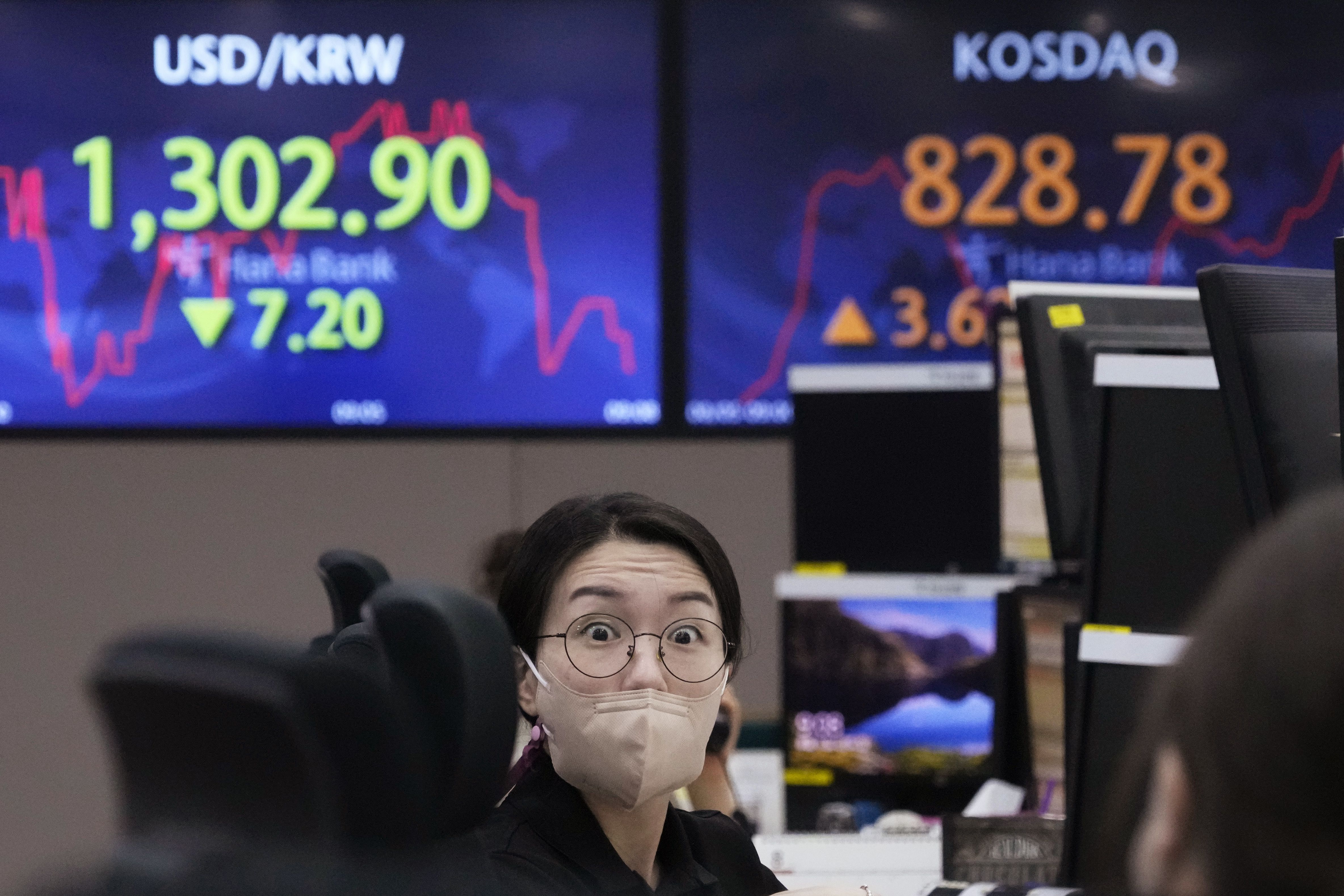 Global stock markets and Wall Street futures were mixed Friday ahead of an update on the U.S. jobs market while the Federal Reserve weighs whether more rate hikes are needed to cool surging inflation.

London, Paris and Frankfurt were lower while Shanghai and Tokyo advanced. Oil prices fell back.

Investors were looking ahead to monthly U.S. employment numbers for possible signs of weakness that might prompt the Fed to decide it needs to ease off on rate hikes to cool inflation. Other data suggest the economy is slowing, which should reduce pressure for prices to rise.

“Consensus is looking for a softening in the labor market for July,” said Stephen Innes of SPI Asset Management in a report.

On Wall Street, the future for the benchmark S&P; 500 index slipped less than 0.1% while that for the Dow Jones Industrial Average was up less than 0.1%.

On Thursday, the S&P; 500 closed 0.1% lower while investors digested corporate earnings reports and waited for the jobs data. The Dow lost 0.3% while the Nasdaq composite rose 0.4%.

The Nikkei 225 in Tokyo gained 0.9% to 28,175.897 after June labor cash earnings rose 2.2% over a year ago, though forecasters warned that strength was unlikely to last. Much of the increase was due to half-yearly bonuses that are paid in June.

India’s Sensex rose 0.1% to 58,381.11 after the Reserve Bank of India raised its benchmark interest rate by a half percentage point to 5.4%. Central bank Gov. Shaktikanta Das forecast 7.2% economic growth in the year through March and inflation of 6.7%.

Jakarta advanced 0.4% after Indonesia’s economy grew by a stronger-than-expected 5.4% over a year earlier in the latest quarter.

Investors worry rate hikes by the Fed and other central banks in Europe and Asia to tame inflation that is running at multi-decade highs might derail economic growth.

The Fed has raised its benchmark rate twice by 0.75 percentage points this year, three times its usual margin and the biggest hikes since the early 1990s.

Fed officials have tried to calm fears the United States might tip into a recession by pointing to a strong job market as evidence the economy can tolerate higher borrowing costs.

But economists worry that signs of weakness are starting to turn up in hiring, threatening one of the United States’ last remaining redoubts of economic strength. Job openings are down, and the number of Americans signing up for unemployment benefits is up.

The number of Americans who applied for jobless benefits last week rose by a modest 6,000 from the previous week to 260,000, the Labor …read more

Golden Globes 2021: The Complete List of Nominees | Entertainment Weekly
I want great-sounding radio. So I tested these analog tuners and here’s what I found.