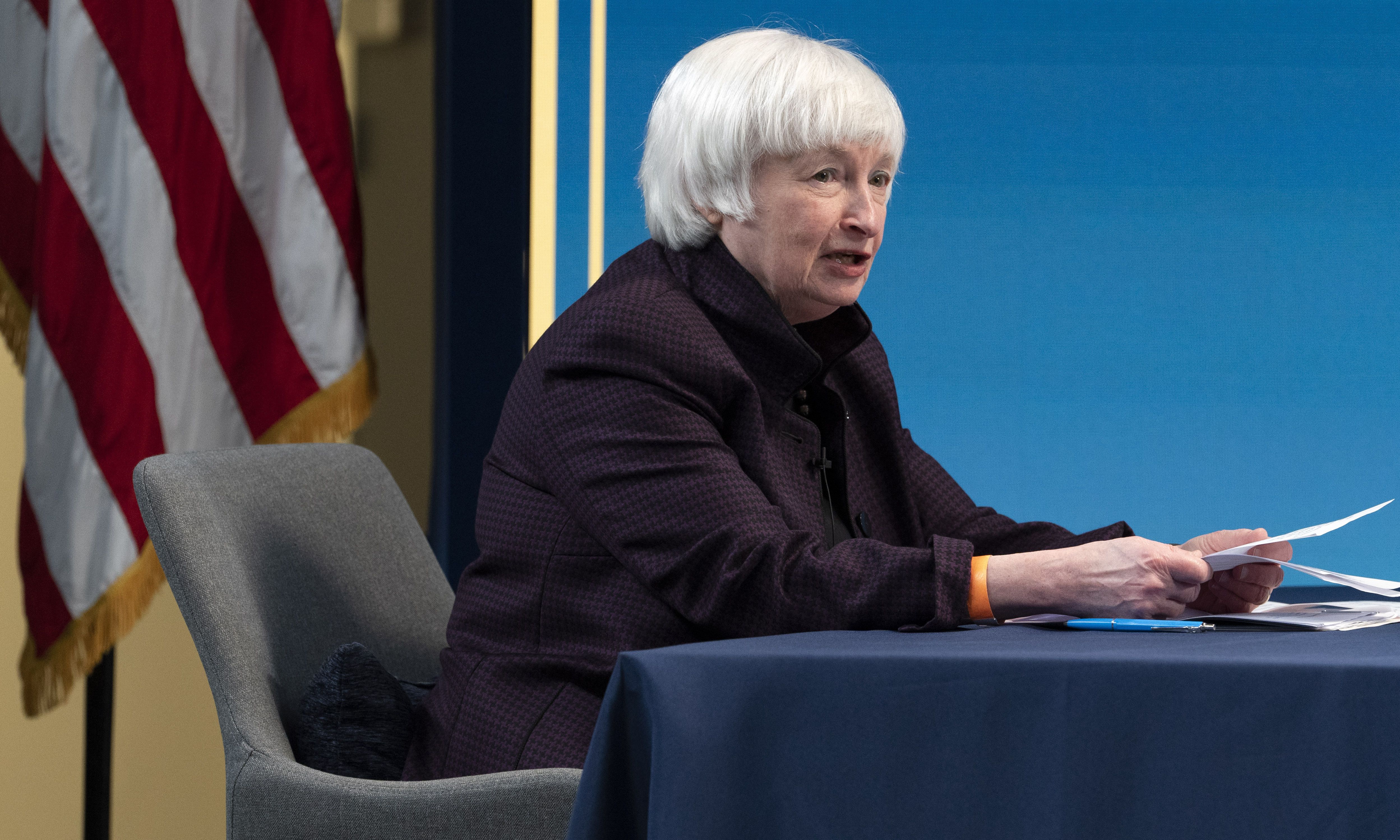 Treasury Secretary Janet Yellen said Tuesday that she is not predicting when the Federal Reserve may need to start raising interest rates.

She was seeking to clarify her earlier remarks that rattled financial markets.

Yellen suggested early Tuesday that interest rates may need to rise slightly to keep the economy from overheating. Those remarks sent stock prices down with the declines led by tech shares.

“It may be that interest rates will have to rise somewhat to make sure that our economy doesn’t overheat, even though the additional spending is relatively small relative to the size of the economy,” Yellen said in remarks webcast during The Atlantic’s Future Economy Summit.

But later in the day, Yellen was asked about the market reaction to the comments at a separate virtual conference sponsored by the Wall Street Journal. She said a rise in interest rates “is not something that I am predicting or recommending.”

Yellen, the first woman to head both the Federal Reserve and the Treasury Department, said no one respects the Fed’s independence more than she does.

She said she is confident that the central bank will work to achieve its dual mandate of maximum employment and stable prices.

Yellen said she expects any increase in inflation will be transitory and not a sign that price pressures will rise to worrisome levels. That’s the same position held by her successor at the Fed, Jerome Powell.

Who takes out the space trash? Space debris is growing, here’s what’s being done about it

She said she did not expect inflation problems to arise but if they do, “the Fed can be counted on to address them.”

5 vehicles broken into in Morgan Park