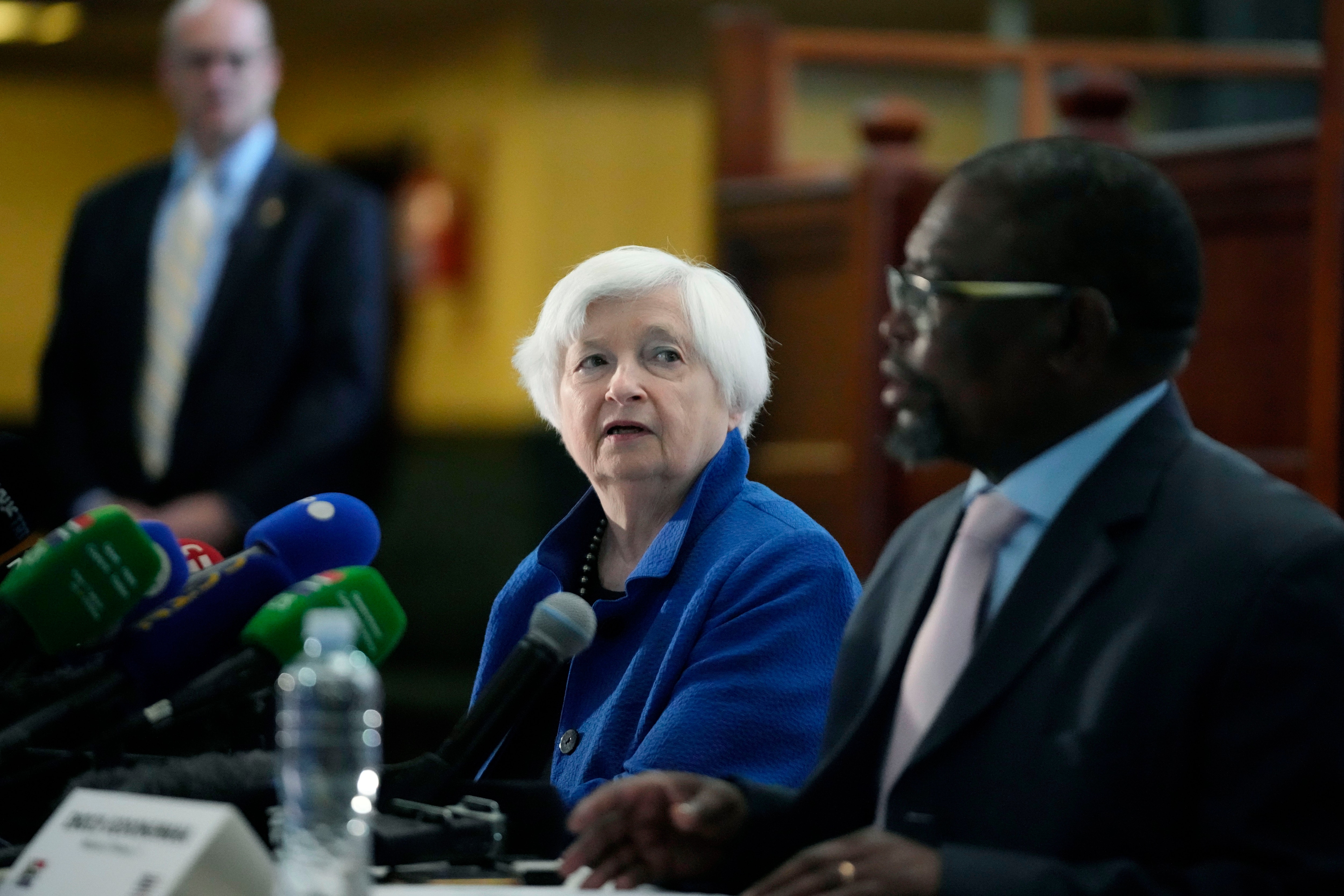 Yellen made brief remarks to reporters ahead of a meeting with Finance Minister Enoch Godongwana in Pretoria but avoided mention of South Africa’s recent decision to take part in joint navy drills with Russia and China off its east coast next month.

South Africa is a key U.S. and Western partner but also holds strong ties to Russia and China, and it has adopted a neutral stance over the war in Ukraine.

The announcement that South Africa would host Russian and Chinese warships for 10 days of exercises in February has raised concern at the White House. Russian Foreign Minister Sergey Lavrov was in Pretoria for an official visit earlier this week.

Yellen’s 10-day trip to Africa, which has already included stops in Senegal and Zambia, is one of the first steps in the Biden administration’s aim of reestablishing ties on the continent of 1.3 billion, where China has rapidly increased its economic presence and Russia has gained a military foothold.

U.S. ambassador to the United Nations Linda Thomas-Greenfield is also on a tour to Africa, and President Joe Biden has said he plans to visit this year.

On Thursday, Yellen said South Africa’s energy sector would be one of the focuses of her talks with Godongwana.

South Africa has received pledges of up to $8.5 billion from the United States and other Western nations to fund its energy transition away from coal-burning power plants and recently agreed to some parts of the loan funding at the U.N. climate conference in Egypt last year.

South Africa, the continent’s most developed economy, relies on coal to generate about 80% of its electricity. It plans to reduce that to 59% by 2030 by phasing out some of its 15 coal-fired power stations and increasing its use of renewable energy. Its target is zero carbon emissions by 2050.

“As you know, South Africa is the first country with a just energy transition partnership to which the United States was proud to commit as a partner,” Yellen said. “This partnership represents South Africa’s bold first step towards expanding electricity access and reliability and creating a low-carbon and climate-resistant economy.”

Yellen has a mission of promoting American investment and ties. China has overtaken the U.S. in foreign direct investment in Africa, and trade between Africa and China surged to $254 billion in 2021, up about 35%.

Ahead of the U.S.-Africa Leaders Summit in Washington in December, U.S. Deputy Commerce Secretary Don Graves said, “We took our eye off the ball so to speak (in Africa), and U.S. investors and companies are having to play catch up.”

“My hope is that this may continue,” he said.

Golden Globes 2021: The Complete List of Nominees | Entertainment Weekly
It’s bald eagle nesting season, and those nests can be massive