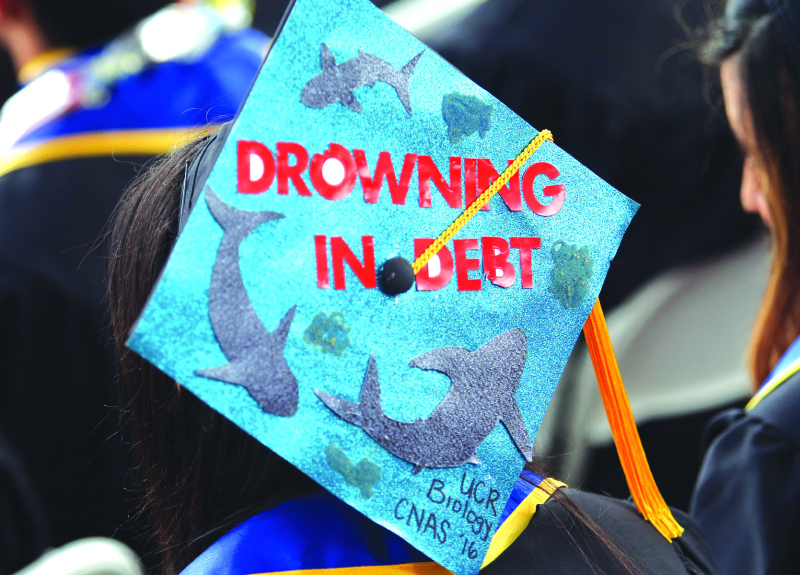 Americans took out $1.7 trillion in government loans for college tuition.

Now, some don’t want to pay it back.

“They’re in real trouble,” says Biden, “having to make choices between paying their student loan and paying the rent.”

But wait: Shouldn’t they have given some thought to debt payments when they signed up for overpriced colleges? When they majored in subjects like photography or women’s studies, unlikely to lead to good jobs? When they took six years to graduate (a third don’t graduate even after six years).

“I know guys who worked hard to get a construction operation running.  Some had to take out a loan on a big old diesel truck. Why would we forgive the cost of a degree but not the cost of a lease payment?”

“For some reason,” continues Rowe, “we think a tool that looks like a diploma is somehow more important than that big piece of metal in the driveway that allows the guy to build homes that you … are in.”

The political class does focus on subsidizing college.

Lots of good jobs in skilled trades don’t require a college degree, he points out. “The push for college came at the expense of every other form of education. Shop class was taken out of high school. We have denied millions of kids an opportunity to see what half the workforce looks like.”

It’s a reason America now has a shortage of skilled trade workers.

One Rowe scholarship recipient, Chloe Hudson, considered college but was shocked at what it cost.

“I was like, ‘I can’t afford this!’ I don’t want to be saddled with student debt the rest of my life!”

Instead, thanks to her Rowe scholarship, she learned how to weld, and now she has no trouble finding work.

“I’ve been under nuclear plants … been in water systems,” Hudson recounts. “Those jobs make me appreciate what I have now so much more.”

Golden Globes 2021: The Complete List of Nominees | Entertainment Weekly
Google says 20% of workers will be remote, many more hybrid

CDC: Most J&J vaccine side effects are ‘nonserious,’ 17 cases of blood clot condition