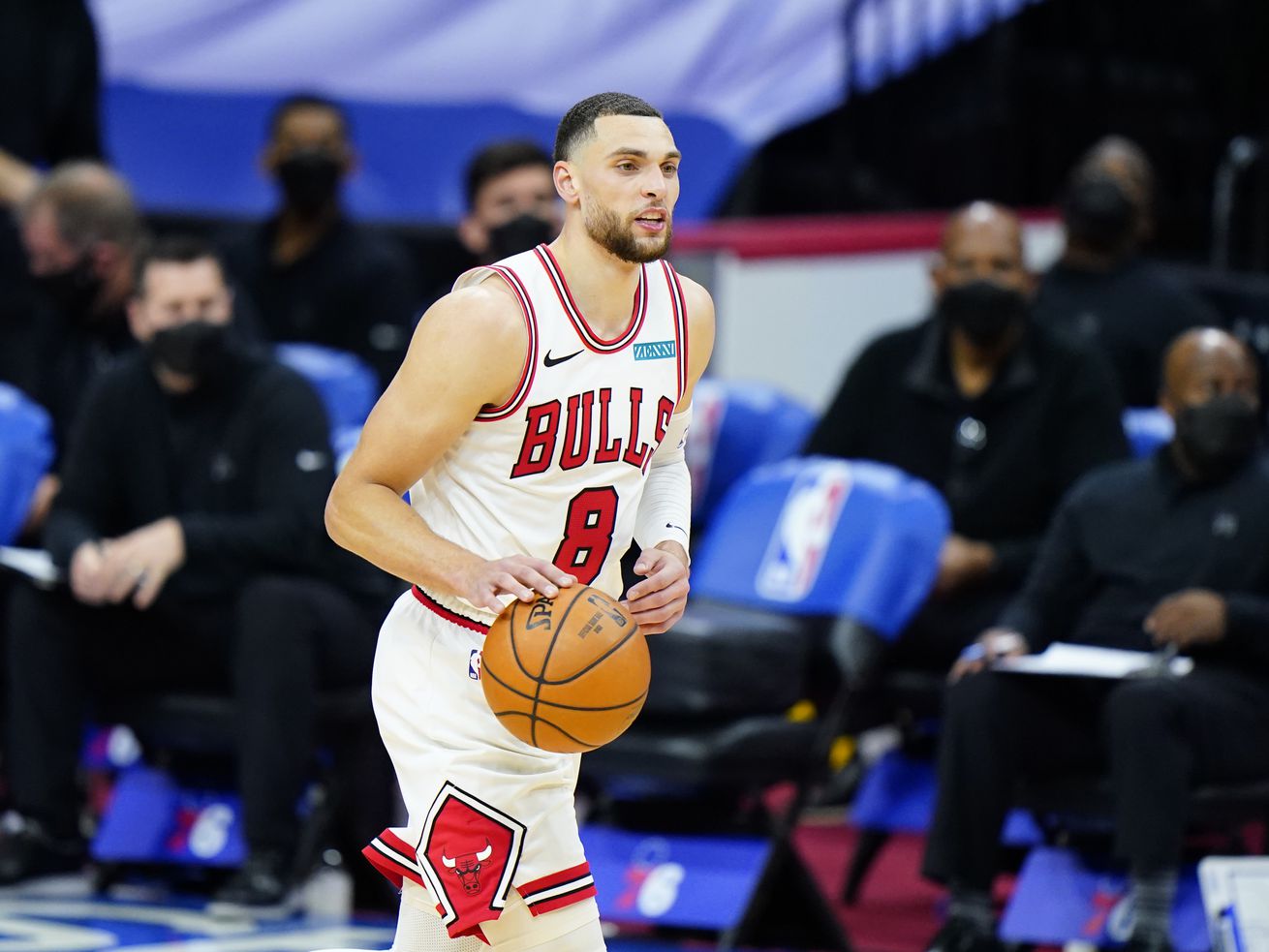 LaVine broke a four-year Bulls drought, becoming the organization’s first All-Star player since Jimmy Butler was named to the league’s showcase event back in 2017.

Billy Donovan could have gone on campaign blitz over the last week, calling every NBA head coach listed in the contacts, pushing the Zach LaVine narrative ad nauseam.

As Tuesday proved, however, luckily for the Bulls coach the eye test and the numbers spoke louder than a FaceTime chat, and were more than enough to ensure that LaVine had become a first-time NBA All-Star.

According to The Athletic, LaVine will break a four-year Bulls drought, becoming the organization’s first All-Star player since Jimmy Butler was named to the league’s showcase event back in 2017.

Not that it comes as much of a surprise, especially with the Bulls becoming somewhat relevant again, entering play on Tuesday with a 14-16 record, winners of four-of-their-last-five games, and holding a spot for the play-in game at No. 8.

And what part has LaVine played in the revival? The leading man.

Starting in all 30 games, LaVine has averaged 28.6 points, 5.4 rebounds and 5.1 assists per game, but that only scratches the surface. He’s done so on 51.8% shooting from the field, 43.4% from three-point range, and 86.4% from the free throw line. Throw in a steadily improving 23.05 player efficiency rating, and finally a honest effort on the defensive end for the first time in six-plus seasons, and it’s easy to see why Donovan liked the idea of LaVine’s arrival to the league’s elite talent level speaking for itself.

“I’ve talked publicly about how I feel about Zach and the way he’s performed this year,’’ Donovan said. “My feeling is he’s played an All-Star level. I don’t think anybody would dispute that. He’s a guy that’s very deserving to be in the game.

“But the other coaches have gotta make those decisions, and I don’t know if any coach is gonna say ‘Oh, hey, Billy gave me a call, you know what, I’m gonna vote for Zach.’ I think that a lot of guys are gonna do what they feel is best. And I get it, you want to politic or you want to push or you want to promote, you want to do whatever you can to help your player. And as much as I can being asked about Zach, I’m always gonna really speak from the heart about how I feel about the way he’s played this year.’’

New poll shows fewer Utahns saying ‘no’ to getting vaccinated