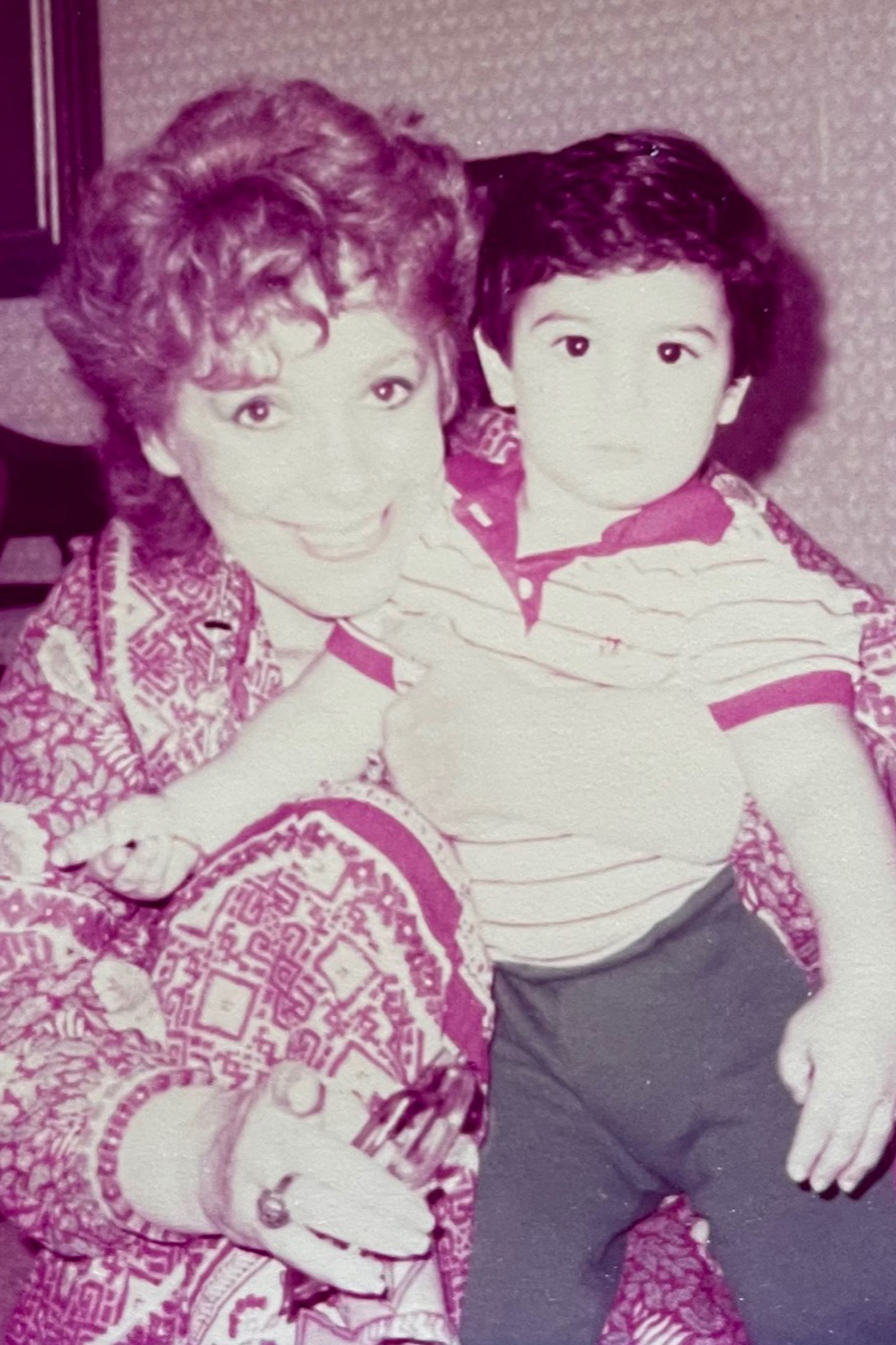 How long have our lives been haunted by the calls and texts that you hope never to receive? Bad news that arrives in unholy bursts. A glance at your phone that can instantly reduce you to rubble. The psychic detonation finally arrived for me

last December, a week after my grandmother’s 90th birthday. My mom, in her usual nonchalant fashion, broke the news on a Saturday morning: “They think Grandma has COVID. You should probably call her. She’s not feeling too great.”

The first thing you should understand about my Grandma Rita, or “Grammy” as she insisted on being called, is that she probably has the most musical voice of anyone that I’ve ever heard. A former interior decorator, she still wears her hair rosy red, except for the period when the pandemic forced the closure of hair salons and improvisation led her to a punk-rock pink. Every time I call, she greets me with a jubilant and mellifluous “Jeffrey,” which somehow sounds like it’s a number out of South Pacific, the residual effects of a long-ago childhood spent performing in song-and-dance revues. When my great-grandfather moved the family west from Chicago during the Depression, talent scouts briefly tried to turn Rita and her late twin sister, Della, into the next Shirley Temple—except with two for the price of one. But Papa Max refused; no daughters of his were going to enter Hollywood Babylon. Fairfax High in the swing era was scandalous enough.

But on that Saturday morning last December, her voice sounded atonal and winded. Speech was an obliterating labor. Waves of nausea left her unable to stomach a bite. The home lacked doctors on call, and its workers understandably couldn’t risk helping her out of bed to do basic tasks. It’s unclear how it spread through the facility; the restaurant’s manager had caught it. So did a few caretakers. Ultimately, 14 residents tested positive.

Sen. Elizabeth Warren will run for reelection to a third term in 2024: Politico

“I’m not well, darling,” she repeated several times. “I’m having trouble breathing and my head is pounding and I can barely see anything. It feels like someone has painted my legs and my chest and my arms full of pain.”

Every few sentences were punctuated with noisy lunges for oxygen. By this point, only four percent ICU capacity remained in L.A. County hospitals, and at the exponentially increasing rates, they would be completely overrun within days, if not hours. No medical professionals were about to pay a house call, and no one I knew had the VIP connections required to buy the miracle cures lavished upon the ultra-wealthy. I mean, it would take days to get an oximeter shipped to her, a necessary gauge to see whether or not she needed a ventilator. By that point, it might be too late.

I begged her to go to the hospital, but she refused. The stories had reached her of patients waiting in ambulances for four hours. She saw hospitals as vectors for disease, and she preferred to be in her own bed, listening to country music, surrounded by the familiar twang of the past. Then she said …read more