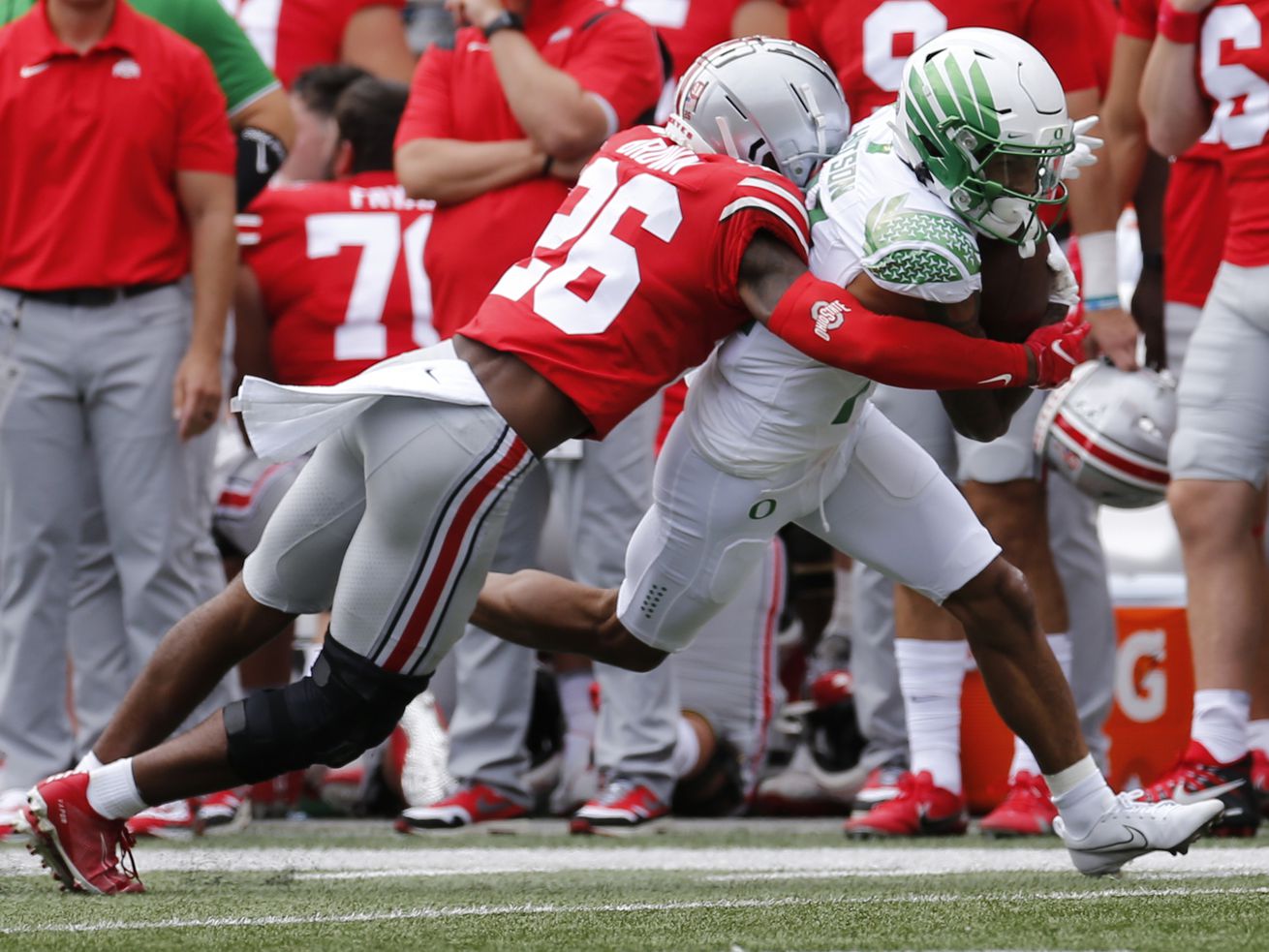 History was made over the weekend and it wasn’t just BYU over Utah, though the Cougars’ win won’t be forgotten any time soon.

Another week of college football is in the books, and Week 2 did not disappoint.

The BYU Cougars are living on cloud nine, not only because they accepted an invite to the Big 12 Conference on Friday, but also because they defeated the rival Utah Utes for the first time in over a decade on Saturday.

Utah State, meanwhile, continues to make history in the early days of the Blake Anderson era, while FCS stalwart Weber State made a little history of its own.

It didn’t end there, though. Oregon upset a perennial power, and now the Pac-12 Conference has a legitimate College Football Playoff contender. An upset by Stanford proves that the Pac-12 isn’t about to give up on the parity that has defined the conference the last decade, though.

Here are six takeaways from the second weekend of the college football season.

The streak is over. What do the Cougars do now?
Scott G Winterton, Deseret News
Brigham Young Cougars quarterback Jaren Hall (3) delivers a pass as BYU and Utah play an NCAA football game at LaVell Edwards Stadium in Provo on Saturday, Sept. 11, 2021.

BYU’s upset win over Utah Saturday night shouldn’t be glossed over. It was more than a decade coming for the Cougars, and the way in which BYU did it — by controlling the line of scrimmage and forcing turnovers with dynamic quarterback play thrown in made it anything but a fluke.

On this occasion, BYU was simply the better team.

“Congratulations to Kalani and his football team. They played outstanding,” Utah head coach Kyle Whittingham told the Deseret News. “Give them credit. They won the football game tonight.”

It was a victory not soon to be forgotten and one that has already been talked about in length. Here’s the list so far:

BYU shows it learned lessons from past rivalry games in holding off Utah, finally
Does BYU’s upset of No. 21 Utah show the talent gap really isn’t a chasm?
Utah’s Kyle Whittingham gives BYU credit in its rivalry win as streak comes to an end
3 takeaways in the BYU Cougars’ win over the Utah Utes
BYU ends 9-game losing streak to Utah with 26-17 victory

At 2-0, with a pair of victories over Pac-12 South opponents, the question now is where does BYU go from here?

The Cougars have a quarterback in Jaren Hall who has shown great ability, if somewhat inconsistently at times through the first two games. The offensive line is a strength, as is running back Tyler Allgeier, and the defense has shown the ability to come up with takeaways when needed.

BYU, ESPN tied at the hip but relationship undefined after Big 12 entry happens