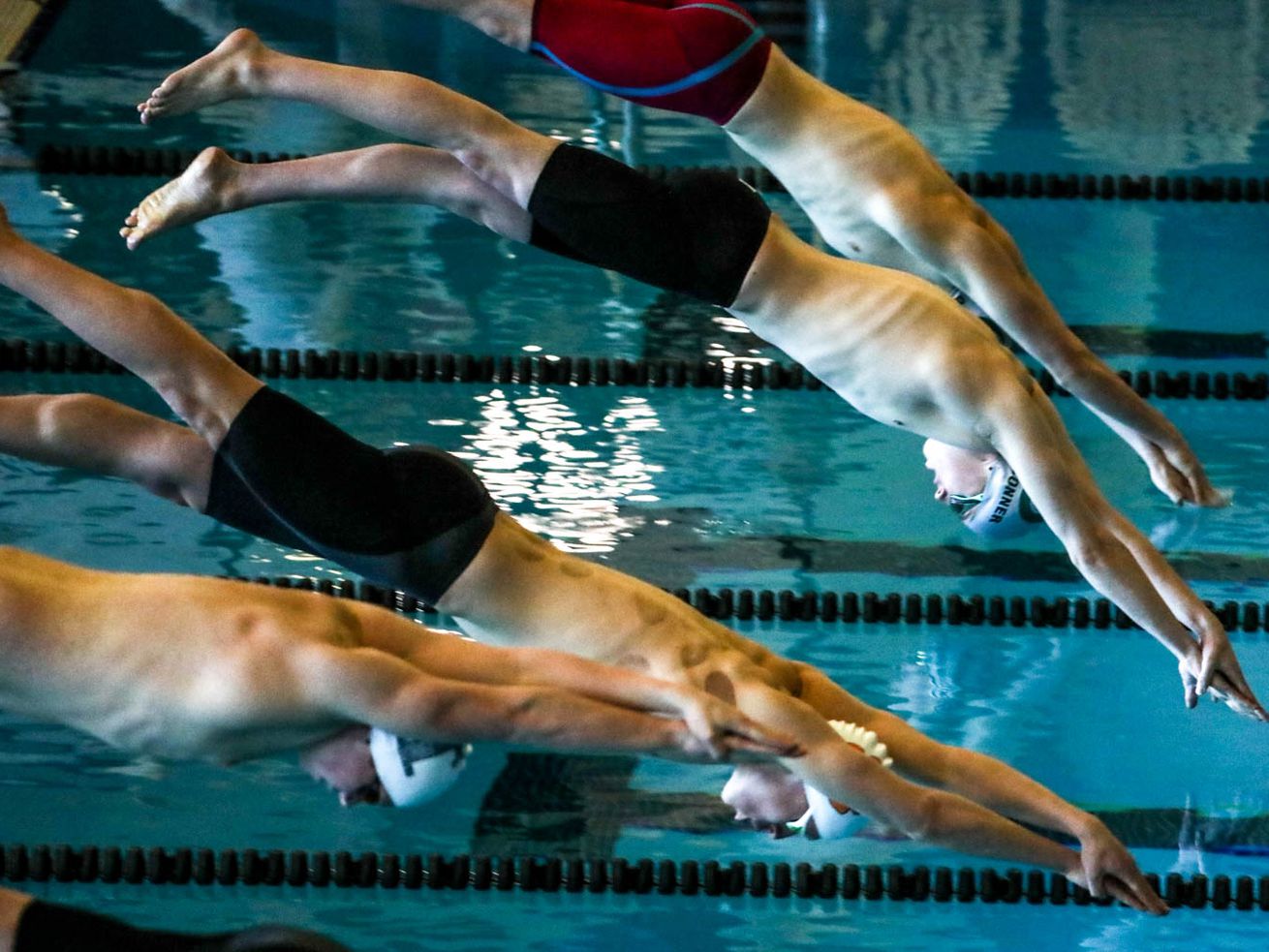 Swimmers race in the 500-yard freestyle at the 5A boys swimming state meet at the Wasatch Aquatic Center in Heber City on Saturday, Feb. 20, 2021. | Annie Barker, Deseret News

It was a year of firsts during the high school swimming season, with three of the combined eight boys and girls state championships going to programs that had never won titles before.

On the boys side, American Fork (6A) and Snow Canyon (4A) won titles for the first time in school history, while Olympus (5A) did the same on the girls side.

Here’s a closer look at the eight state meets.

In a very tight competition, in which seven teams all scored more than 150 points, it was American Fork that prevailed in the end racking up 216 team points for its first boys state title in school history.

Westlake was second with 203 points.

Depth was the key for American Fork, which had one individual victory as Caleb Wynn finished first in the 200 individual medley.

“For so long the boys have stood by and watched the girls get the glory,” said American Fork coach Kathy King. “They had been supportive and had no animosity whatsoever, but now the girls get to provide them that same support. I stress that we’re a family and we live like that.”

Individually, the top swimmer was Bingham’s Tanner Nelson who won the 200 and 500 freestyles with new overall state records in each.

BYU’s Conner Mantz is one of the best distance runners in the world. Here is how he does it

The Knights tallied 319 points for first place, just four ahead of American Fork.

“All year long we tried to focus on opportunities and what we were grateful for,” said Lone Peak coach Celeste Tiffany. “We chose to focus on a ‘can do’ mentality and the girls really took that mentality on and rose to the occasion.”

Three of Lone Peak’s swimmers in that final relay were freshman, a win that denied American Fork a fourth straight title.

The lone double winner at state was Skyridge junior Katelyn Andrist, who won both the 200 and 500 freestyles. She set new 6A records in both events in the preliminaries, with times of 1:56.29 and 5:04.47, respectively.

A year after winning its first title in school history, Olympus backed it up …read more

‘This is the core of who we are’: BYU’s depth leads to another dominating road victory

Chiefs QB Patrick Mahomes’ fiancée Brittany Matthews has built her own sports empire as a professional soccer player, part owner of a women’s soccer team, and a fitness guru