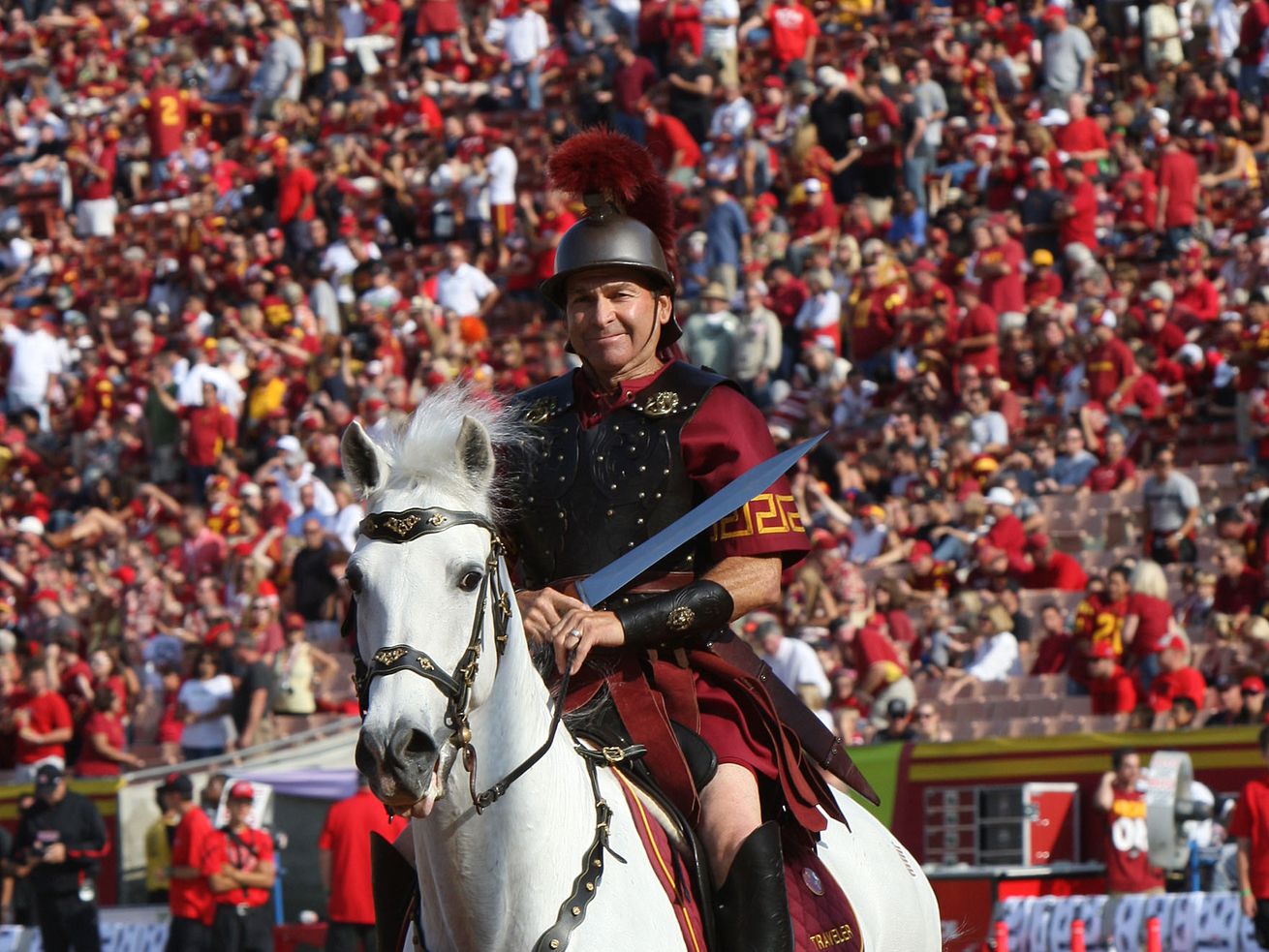 Gunner Romney didn’t grow up in Southern California, but this week BYU’s junior receiver feels like he did.

All anybody can talk about around the BYU football facilities is their excitement to face the USC Trojans at the famed Los Angeles Memorial Coliseum on Saturday (8:30 p.m. MST, ESPN), Romney said Tuesday night after practice.

“They have said that every kid that grows up in Southern California, it is their dream to play in the Coliseum, whether it is for USC or against USC,” Romney said. “That added motivation is leaking into everybody.”

When the No. 13 Cougars meet the 4-6 Trojans at the 78,467-seat venue that has hosted two Super Bowls, a World Series, visits from the Pope, hundreds of high-profile pro and college football games, and Summer Olympics twice (another is coming in 2028), it will mark BYU’s first visit since a 35-18 loss on Sept. 6, 2003.

“Everybody wants to go and beat them on their own field,” said Romney, who said Tuesday that he hasn’t decided yet whether this will be his final season in Provo. “The Coliseum is a historic college football stadium and USC is a good football team historically. This game, we don’t need extra motivation. Everybody is ready to go play.”

“USC, they probably didn’t give any of us here at BYU the time of day (in recruiting),” said Allgeier, who is from Fontana, California, and is tied for second in the country in rushing touchdowns, with 18, and No. 5 in rushing yards per game, 118.0.

Of course, USC’s traditions at the Coliseum are familiar to everyone with any interest at all in college football — “Traveler” the white stallion prancing around and circling the field to a rousing rendition of “Conquest,” the famous USC Song Girls in their white sweaters, the Victory Bell, the “Fight On!” chants and fight song, written in 1922, the “Spirit of Troy” marching band, “Tommy Trojan,” the two-finger “V for Victory” hand gestures, and many more.

“When you think of college football stadiums and the best ones to play in, this one stands out,” said BYU linebacker Max Tooley. “The Coliseum is one of those historically awesome places to play. That’s what I have heard, and I am so excited to get in there and play for my first time there.”

None of the Cougars have never played in the Coliseum, built in 1921-23 as a memorial to Los …read more

Golden Globes 2021: The Complete List of Nominees | Entertainment Weekly
How rebounding has propelled No. 18 BYU to a 6-0 start

Skiing on algae: How a Utah company wants to eliminate plastic in ski construction