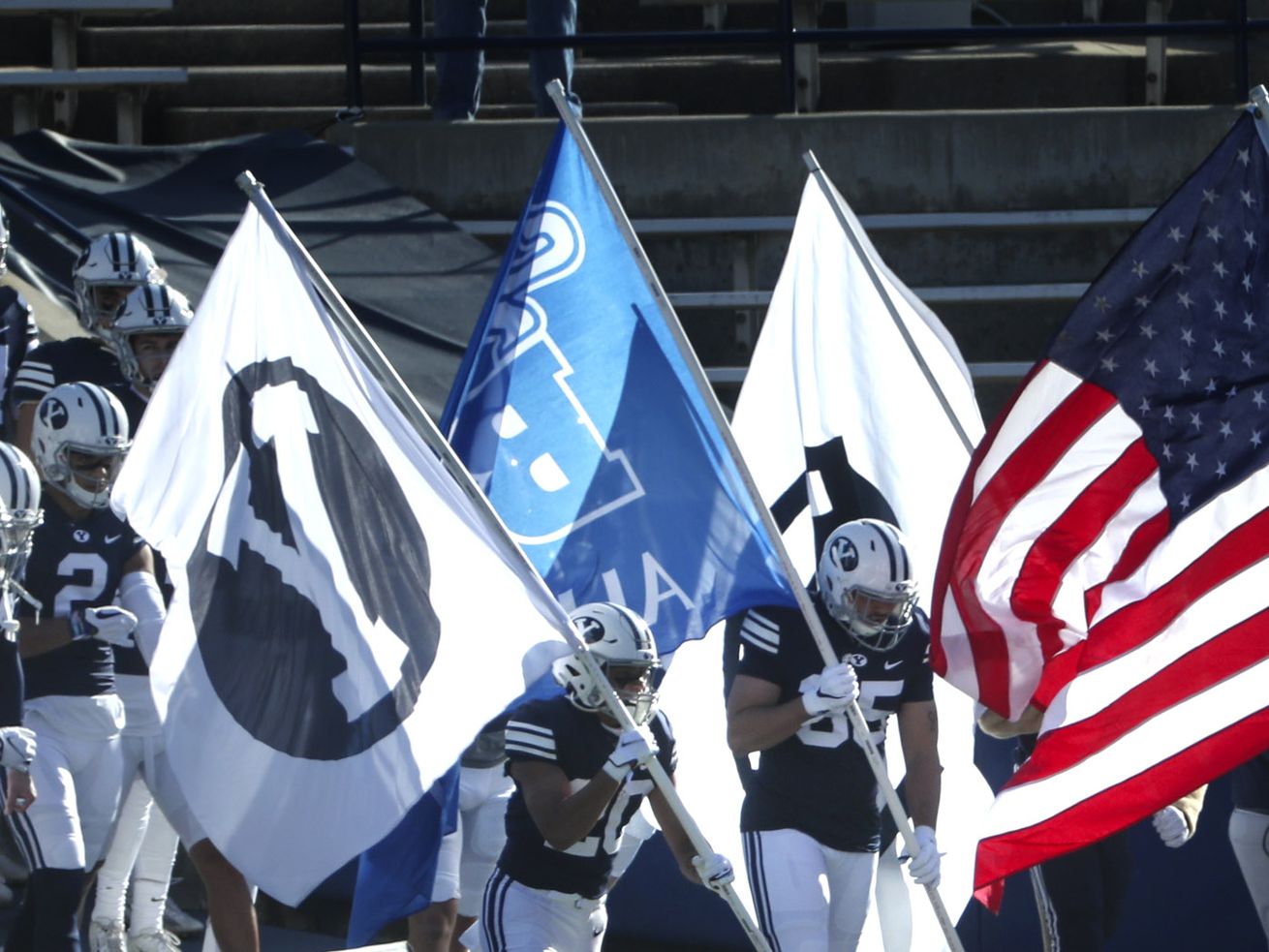 The BYU Cougars take the field at a nearly empty LaVell Edwards Stadium before their game against North Alabama in Provo on Saturday, Nov. 21, 2020. | Steve Griffin, Deseret News

There is no such thing as an offseason, and for head coach Kalani Sitake and company, finding the next batch of Cougars is always a priority.

With that in mind, here is a look at BYU’s 2022 recruiting class, with prospects listed according to reporting by 247 Sports, Rivals and the Deseret News.

(All commitments at this point are verbal and non-binding.)

Offered by BYU on June 16, Chidester committed to the program the following day. Chidester has been a standout basketball player for the Wildcats, but after talking to BYU defensive coordinator Ilaisa Tuiaki and first-year offensive line coach Darrell Funk, he elected to pursue a future in football, with all indications being that he could play in the trenches on either line or at tight end.

“Kaden is a great young man and a hard worker. On the court, he is always communicating with his teammates. He is key to our success defensively. He will bring a big body and a great work ethic to BYU. I am proud of him and wish him all the best.”

The 13th-highest rated prospect in Utah — he is rated the 114-best athlete in the country — DeVries chose the Cougars over offers from Colorado and Weber State (he has also received interest from UCLA and Nevada).

DeVries was a do everything kind of player for the Warriors as a junior. On offense, he hauled in 25 passes for 538 yards and eight touchdowns, averaging 59.8 yards per game. On the ground, DeVries added 162 yards and a touchdown. For his career, DeVries is averaging 6.8 yards per carry.

Rated the 28th-best prospect in Utah and the 68th-best interior offensive lineman in the country, Falaniko chose the Cougars over offers from Colorado State, Fresno State and Hawaii, among others. BYU offered him on June 16 and he committed July 5. As a junior last season, Falaniko helped Pine View to a 12-2 record and a berth in the 4A state championship game, where the Panthers fell to Sky View 39-33.

“Peter Falaniko is one of the hardest working kids that I know. He’s never missed a weight training or an acceleration training in the last four years. Peter has shown amazing leadership. …read more

Utah honors Aaron Lowe during game against No. 18 Arizona State