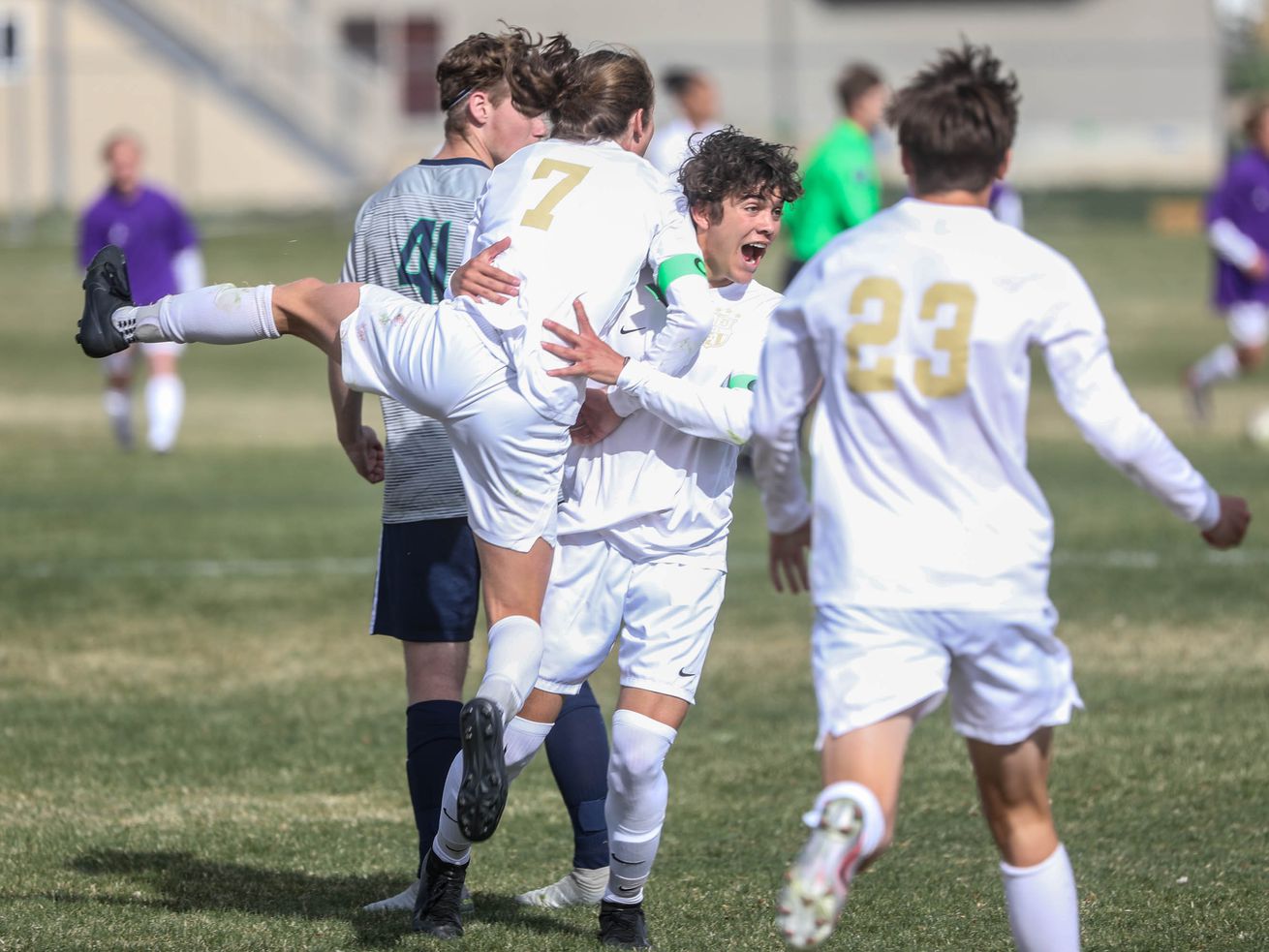 There’s now only one undefeated team left in 6A.

In Thursday afternoon’s Region 1 showdown between Davis and Syracuse, Davis’ Simon Jensen scored with just five minutes remaining to secure a 1-0 Darts win and hand Syracuse its first defeat of the season.

Davis and Syracuse’s other region foe, Weber, is now the lone undefeated team in the 6A classification and one of just four remaining unbeatens in the state.

The game-winning goal came after a deflected clearance attempt from the Syracuse defense saw the ball fall right at Jensen’s feet, who then slotted it home with his right foot.

“I don’t really know what happened,” Jensen said of the game-clinching play. “The ball got dinked around, bounced off one of their players and then came right to my feet. I just touched it and slotted it bottom-right.”

The goal came as a relief to Jensen not just because he potentially won the game for Davis, but because he had an opportunity to get another goal moments earlier only to see the shot glance off the left post.

Jensen has been a key contributor for Davis’ attack this season, scoring or assisting on 11 of the Darts’ 17 goals. The game-winner was his eighth goal of the year.

Davis head coach Souli Phongsavath said Jensen seems to have a sixth sense for finding the ball in scoring position.

“Somehow, (Jensen) finds the ball in weird places, on fluke-type plays,” Phongsavath said, noting that Jensen hit a somewhat similar game-winner against Fremont earlier in the season. “Credit to Simon for forgetting about that first miss and burying the winner.”

Intensity was prevalent throughout the game, as both sides boasted well-organized defenses. Players could be heard jawing at each other, and some shoving took place, although the game never got out of control.

Phongsavath said the scrappy goal was a fitting ending to the physical, hard-fought game.

Davis’ press was relentless and organized throughout the game, but was particularly pesky in the first half of play. Phongsavath said the press was deployed to force mistakes like the one committed on the game-winning play.

“We were trying to press high. We’ve been working hard on that, so when they made a mistake, we wanted to pounce on it, and I thought the boys did really well with that,” Phongsavath said.

In the second half, the game began to open up for both teams, as each saw a few …read more

Letter: We need to change the narrative around the WNBA (and all women’s sports)