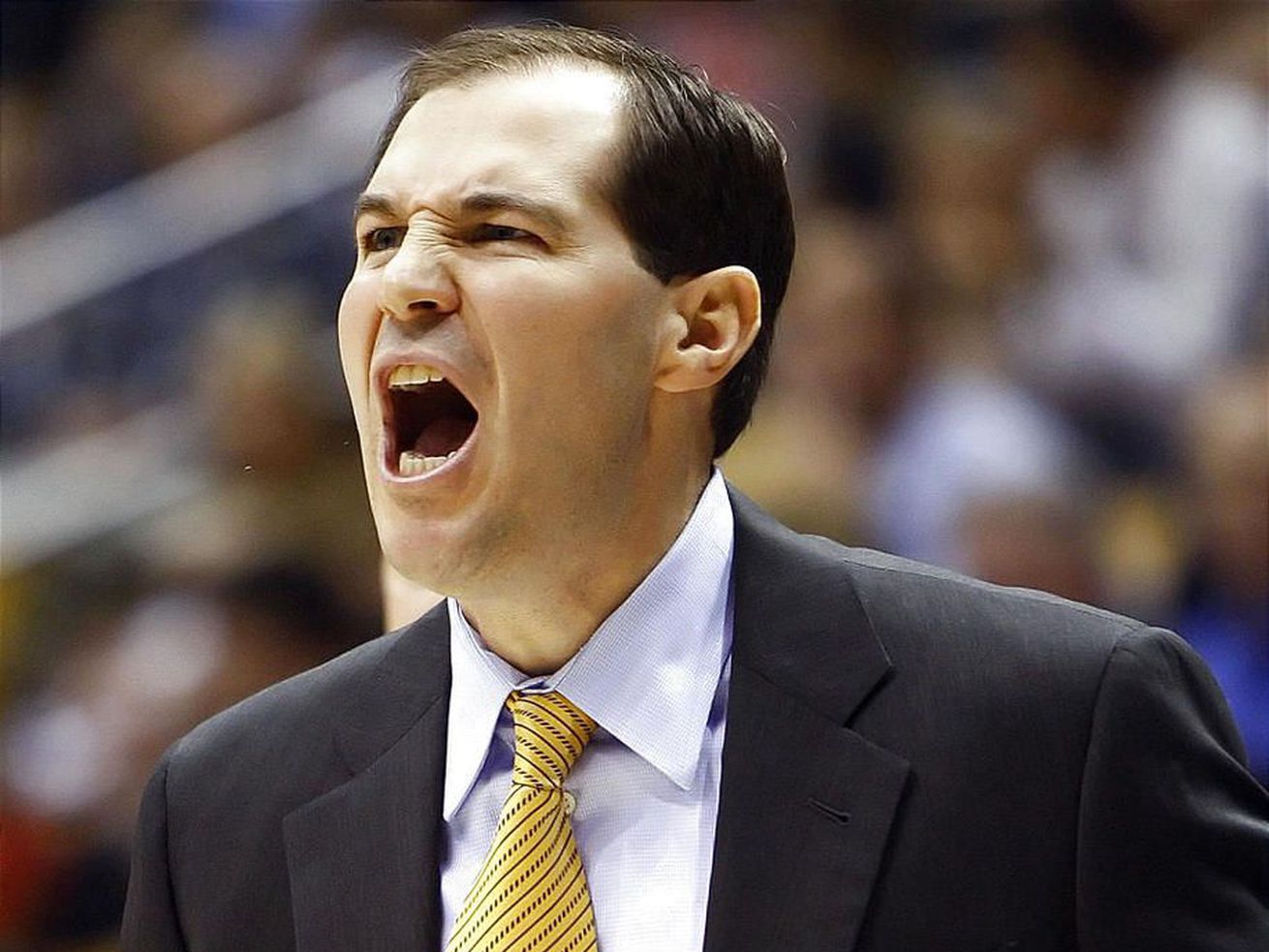 FILE — Baylor’s Head Coach Scott Drew yells out at his players as BYU and Baylor play Saturday, Dec. 17, 2011 in the Marriott Center in Provo. Baylor won 86-83. The Bears and Cougars will soon be conference opponents, once BYU joins the Big 12 Conference. | Scott G Winterton, Deseret News

The Deseret News talked to Big 12 coaches about their ties to BYU and how they think the Cougars will fare in the league.

KANSAS CITY — Baylor coach Scott Drew smiles broadly when he remembers a trip to the Marriott Center to face BYU a decade ago, in December 2011.

The Cougars coaching staff, led by then-coach Dave Rose, presented Drew’s wife, Kelly, and the wives of the rest of the coaching staff, with presents about a week before Christmas.

“They gave our wives a gift, which our wives had never gotten. So they love BYU for that,” Drew recalled during Big 12 media day last month. “Everyone was so nice and it was a great atmosphere and a great game that came down to the last minute. We were blessed to pull it out.”

That’s the other reason why he enjoyed his trip to Provo — his Bears edged the Cougars 86-83.

Because BYU leaves the West Coast Conference to join the Big 12 Conference in 2023, there will be more Marriott Center stays for Drew and Baylor in the future.

Drew, who led the Bears to the 2021 national championship, is eager to welcome the Cougars, Cincinnati, Central Florida and Houston to the Big 12.

Does he have any counsel for BYU coach Mark Pope about life in the Big 12?

“I would want to give him good advice but he’s prepared from the standpoint that they’ve got a great home crowd. He’s used to playing in great environments,” Drew said. “I know BYU and Gonzaga and Saint Mary’s are the three best in that conference. The Big 12 is probably like playing Saint Mary’s or Gonzaga every night. The balance in this league, there’s no easy game or off night. That’s probably why since 2014, the Big 12 has been the best conference. BYU is a great addition. When we played at BYU, they treated us tremendously. They were very kind. I’m excited about BYU being in the conference.”

Could Donovan Mitchell be the player to break the Jazz’s triple-double drought?

There are plenty of other connections and history between BYU basketball and coaches in the Big 12. The Deseret News talked to Big 12 coaches about their perspective on the Cougars entering the league.

Kansas State coach Bruce Weber coached Southern Illinois in an NIT game against BYU at the Marriott Center in 2000.

“Unbelievable environment. I was at Southern Illinois, we were in the NIT, and we played a late-night game on a Monday night,” Weber recalled. “Just a great atmosphere. It was family night so we couldn’t play until 9 p.m.. It was 11 o’clock our time. They punked us. I remember how physical they were. Obviously, we ended up losing that …read more

Golden Globes 2021: The Complete List of Nominees | Entertainment Weekly
What Kyle Whittingham said about possible retirement at the end of season

Skiing on algae: How a Utah company wants to eliminate plastic in ski construction

The early signing period is almost here, and commitments and decommitments are up for BYU, Utah and Utah State