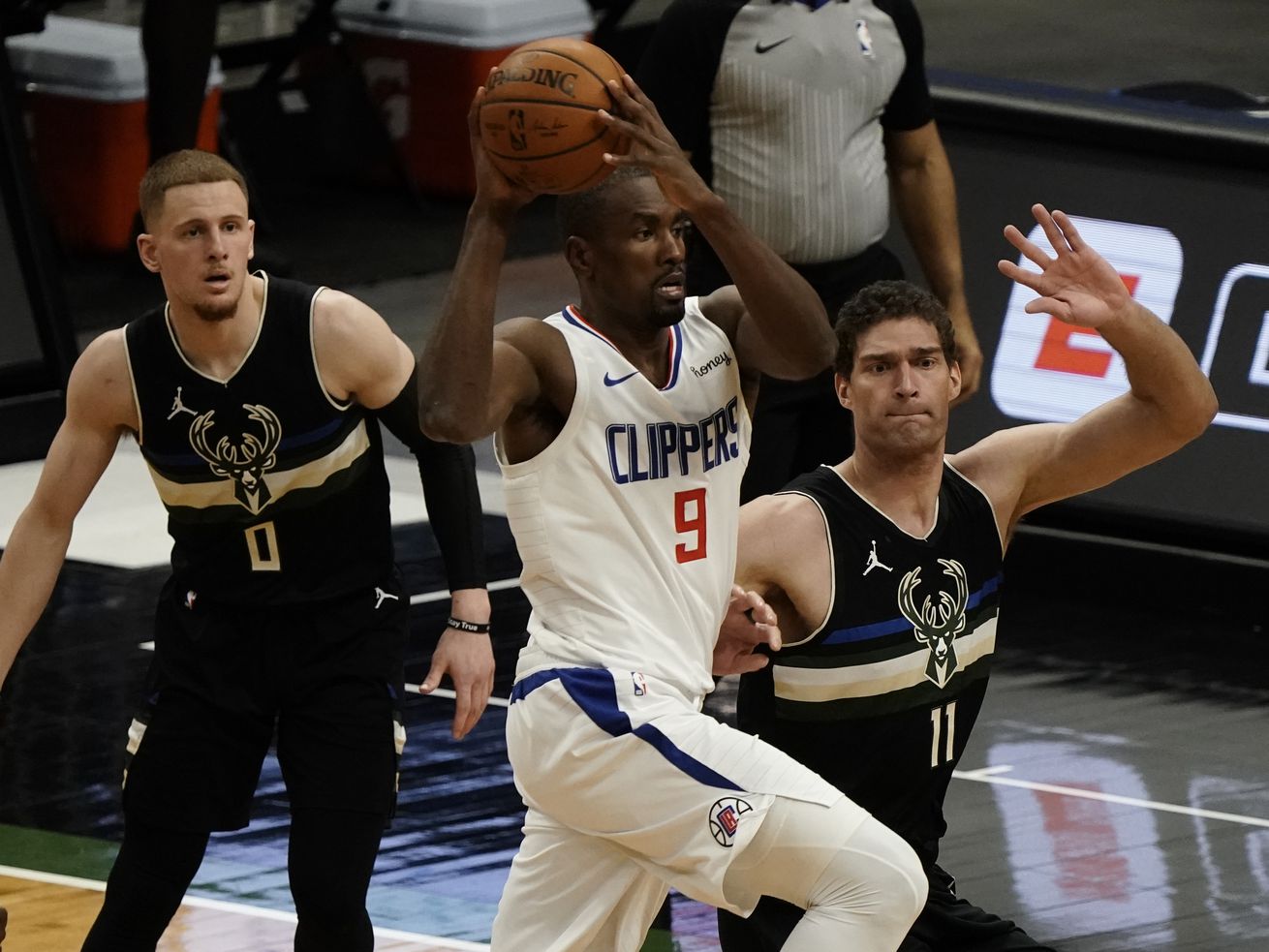 LA Clippers’ Serge Ibaka drives past Milwaukee Bucks’ Brook Lopez during the second half of an NBA basketball game Sunday, Feb. 28, 2021, in Milwaukee. The Clippers announced Ibaka underwent back surgery and will miss the rest of the season. | Morry Gash, Associated Press

Through the first two games of their second-round playoff series against the Utah Jazz, the LA Clippers have been healthy with the exception of big man Serge Ibaka, who has been dealing with a back injury off and on since March and unable to play.

Ibaka did not travel with the Clippers to Salt Lake City for the two games, but his status moving forward was uncertain until Friday afternoon when LA announced that Ibaka underwent surgery Thursday and will miss the rest of the season.

The 6-foot-10, 235-pound Ibaka got hurt on March 14 and did not return until May 14. He played in the final two games of the regular season and the first two games of the Clippers’ first-round series against the Dallas Mavericks (six minutes in Game 2) but hasn’t played in LA’s seven contests since.

Ibaka, 31, has declined some over the past few years, but he would have given the Clippers a presence on both ends of the floor against the Jazz that they have needed. Most notably, Ibaka could have helped solve LA head coach Ty Lue’s defensive dilemma of whether or not to play small, as Ibaka can defend all over the floor. Offensively, he can be effective both inside and outside.

In Game 1 against Utah, Lue started Nicolas Batum in the frontcourt with Marcus Morris Sr., which had been very effective against the Mavericks. In Game 2, Lue started Ivica Zubac at center to give his team more size, but Donovan Mitchell made the Clippers pay early for Zubac dropping into the paint on defense instead of being able to switch onto him.

Golden Globes 2021: The Complete List of Nominees | Entertainment Weekly
Tony Finau gets in final warmup round for U.S. Open at his old Rose Park stomping grounds

Tony Finau gets in final warmup round for U.S. Open at his old Rose Park stomping grounds