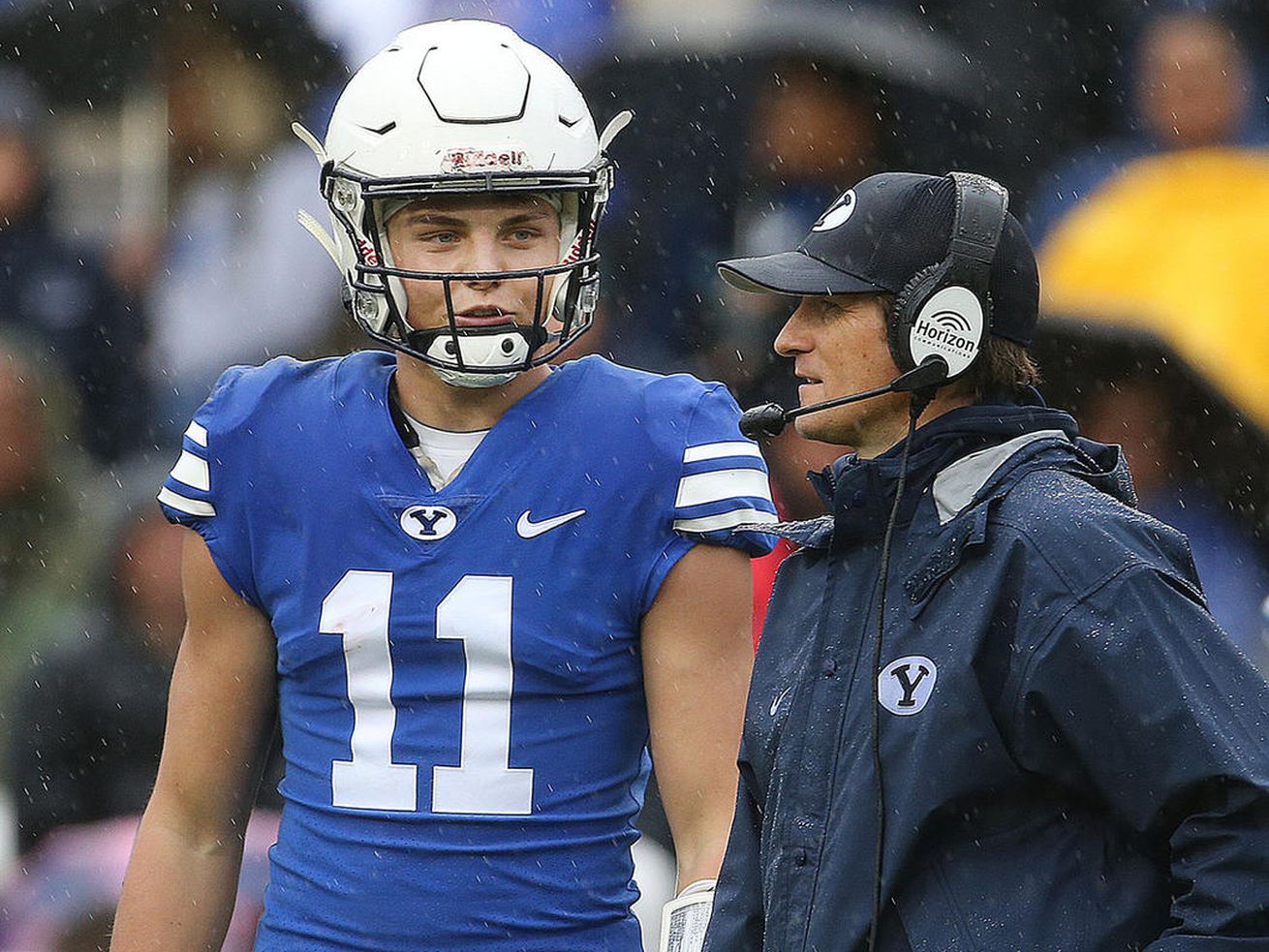 Bountiful High product Aaron Roderick was a University of Utah fan growing up, then played for BYU before becoming a coach at several different colleges. Former players and colleagues say his loyalty and passion for football will make him successful at BYU

Most sports-minded youngsters growing up in the Salt Lake City bedroom community of Bountiful in the 1980s and early 1990s idolized athletes such as Michael Jordan, Magic Johnson, Cal Ripken Jr. and Bo Jackson.

Aaron Roderick looked up to his coaches.

Men such as then-West High basketball coach Clark Godfrey, then-Bountiful High football coach Larry Wall and a neighbor who would eventually play a role in Roderick landing a football scholarship at BYU, former University of Utah basketball coach Lynn Archibald, were instrumental in his development.

“Those men were giants in my world, superheroes,” Roderick, now 48, said last week, a few days after being named offensive coordinator at his alma mater, succeeding Jeff Grimes. “Even then, there was something about coaching that appealed to me, the impact they had on people, the impact they had on me. I thought, ‘Well, that is a noble pursuit, I think I could do that.’”

As a receiver at Ricks College (now BYU-Idaho) and then BYU, Roderick found himself admiring college coaches at those schools owned and operated by The Church of Jesus Christ of Latter-day Saints such as Ron Haun, Robert Anae, LaVell Edwards, Lance Reynolds and Norm Chow.

When he first got into coaching, as a graduate assistant at BYU from 1999 to 2001 and then at Snow College (2002) and Southern Utah (2003-04), Roderick almost immediately learned that he loved it, and his reverence for the profession grew even more under the tutelage of mentors such as Edwards, Gary Andersen, Kyle Whittingham, Dennis Erickson, Andy Ludwig and his current boss, BYU head coach Kalani Sitake.

“I can’t think of better people to learn from than those guys,” Roderick said.

That Roderick has risen this high in the profession doesn’t surprise those who know him best. Zach Wilson often credited Roderick, BYU’s passing game coordinator and quarterbacks coach, this past season for helping develop him into a probable top-five pick in April’s NFL draft.

Roderick’s former players, such as receiver Kenneth Scott, who was recruited to Utah when Roderick worked under Whittingham with the Utes, say he’s one of the best.

“He’s very personable, and he connects with you on …read more

Golden Globes 2021: The Complete List of Nominees | Entertainment Weekly
Runnin’ Utes insist they aren’t giving up, but questions surfacing after loss to UCLA with No. 19 USC up next

Where is Zach Wilson headed in the latest Mel Kiper mock draft? One team trades up for former BYU quarterback