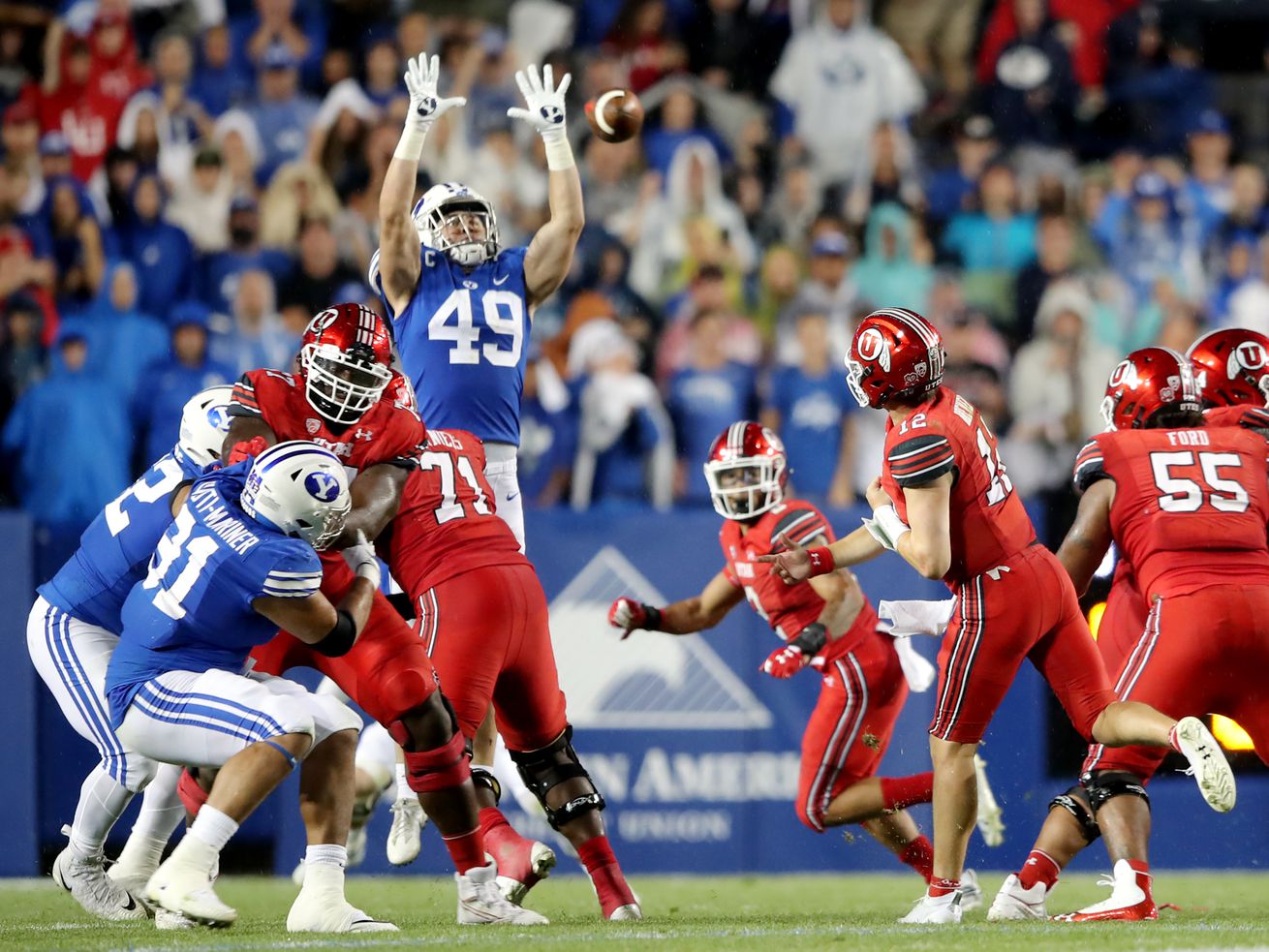 During Utah’s nine-game winning streak in its rivalry against BYU, which dated all the way back to 2010, the Utes consistently executed their game plan against the Cougars.

It was the same story over and and over over again. In those wins, Utah controlled the lines of scrimmage, forced turnovers and stopped the run.

But none of those things really happened Saturday in the 2021 edition of the rivalry game at LaVell Edwards Stadium. As a result, the Cougars snapped the streak with a 26-17 victory over the Utes, and when it ended, a flood of blue-clad BYU fans rushed the field, ending 11 long years of frustration.

Utah coach Kyle Whittingham was surprised by the way the loss happened — the Utes didn’t create any takeaways and they generated zero sacks.

“That’s our M.O. That’s what we do best. We surrendered 250 yards rushing, Couldn’t get a sack. We had zero sacks, zero takeaways on defense, which is not a good recipe for success.”

BYU kind of beat Utah at its own game.

“On our defensive line, we were getting pushed. It was evident by the running backs,” Whittingham said. “After contact, they were getting four or five extra yards because of the surge of the offensive line. Their runners ran hard and did a really nice job. We couldn’t hold up. We didn’t hold up. That’s my fault. I’ve got to find a way to get them better.”

“We’ve got to get stops. We didn’t,” said Utah linebacker Devin Lloyd. “Too many third-down conversions. That’s as simple as it gets. We gave them too many …read more

Why Mark Pope will have to up his game

A decade of angst for BYU football ended in one weekend