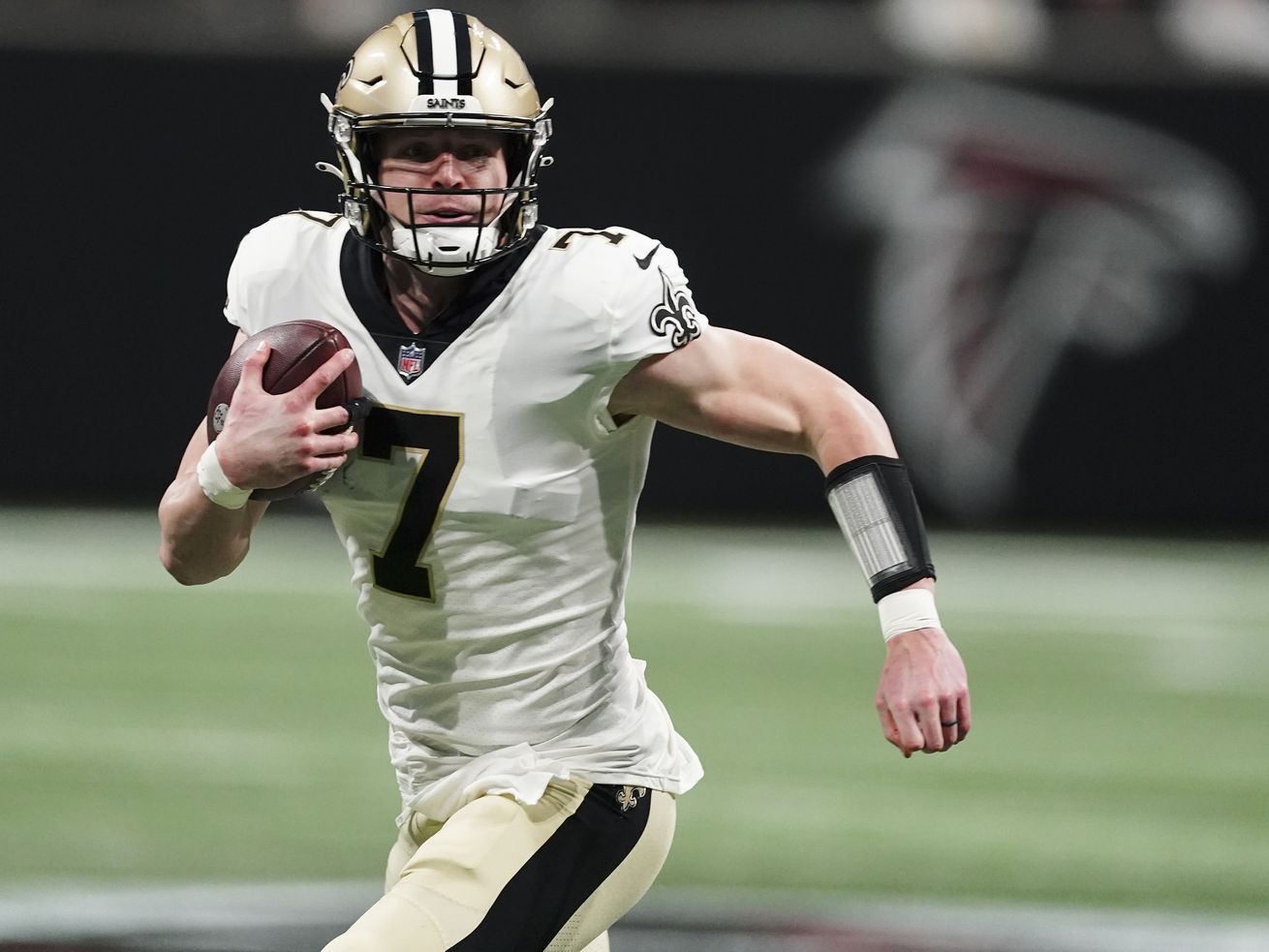 New Orleans Saints quarterback Taysom Hill runs out of the pocket against the Atlanta Falcons Sunday, Jan. 9, 2022, in Atlanta. The former BYU QB was later injured in the game, which will likely require multiple surgeries. | John Bazemore, Associated Press

There was a time when coaches winced when they saw their quarterback run with the ball in the open field, but today it is almost commonplace

Just when it seemed that Taysom Hill was shaking the injury plague that defined so much of his collegiate career at BYU, he now is starting to break down again.

On Sunday, starting at quarterback for the New Orleans Saints, he suffered the dreaded Lisfranc injury, this time to his left foot (he suffered the same injury to his right foot in the season opener against Nebraska in 2015). He also missed two games earlier this season with a concussion, and he sustained plantar fascia and mallet finger injuries, as well. He missed last year’s playoff game against the Buccaneers because of a knee injury he sustained almost exactly a year ago.

For BYU fans, this is a familiar story. Hill suffered a remarkable number of injuries as a collegiate player — four season-ending injuries to be precise — and missed 28 games, which must be some sort of record. Somehow he managed to play four seasons in the NFL without injury until 2021, when problems began again.

Bojan Bogdanovic is a problem for the Denver Nuggets

In other words, every season-ending injury occurred on a running play.

Which brings us to a broader point. NFL coaches once believed that it was prudent to keep quarterbacks in the pocket, looking for open receivers. They winced every time they ran with the ball into the open field for fear of injury. Almost no one thinks like that anymore — but maybe they should.

Running quarterbacks are all the rage in the NFL. For decades, the only time a quarterback ran with the ball was when the pass rush forced him. Now they’re used as an extra running back on designed running plays.

There are many of them. Kyler Murray. Josh Allen. Justin Fields. Lamar Jackson, who has 615 rushing attempts in four seasons, topping 1,000 yards in two of them. Tyler Huntley. Jalen Hurts, a poor passer, rushed for 784 yards this season. Cam Newton has 1,118 career rushing attempts. Before his off-field troubles, Deshaun Watson ran the ball 99 times in 2018 and 40% of them were by design, according to Pro Football Focus. And of course there’s Hill, who, like Jackson …read more

How BYU overcame adversity, rallied to knock off San Francisco