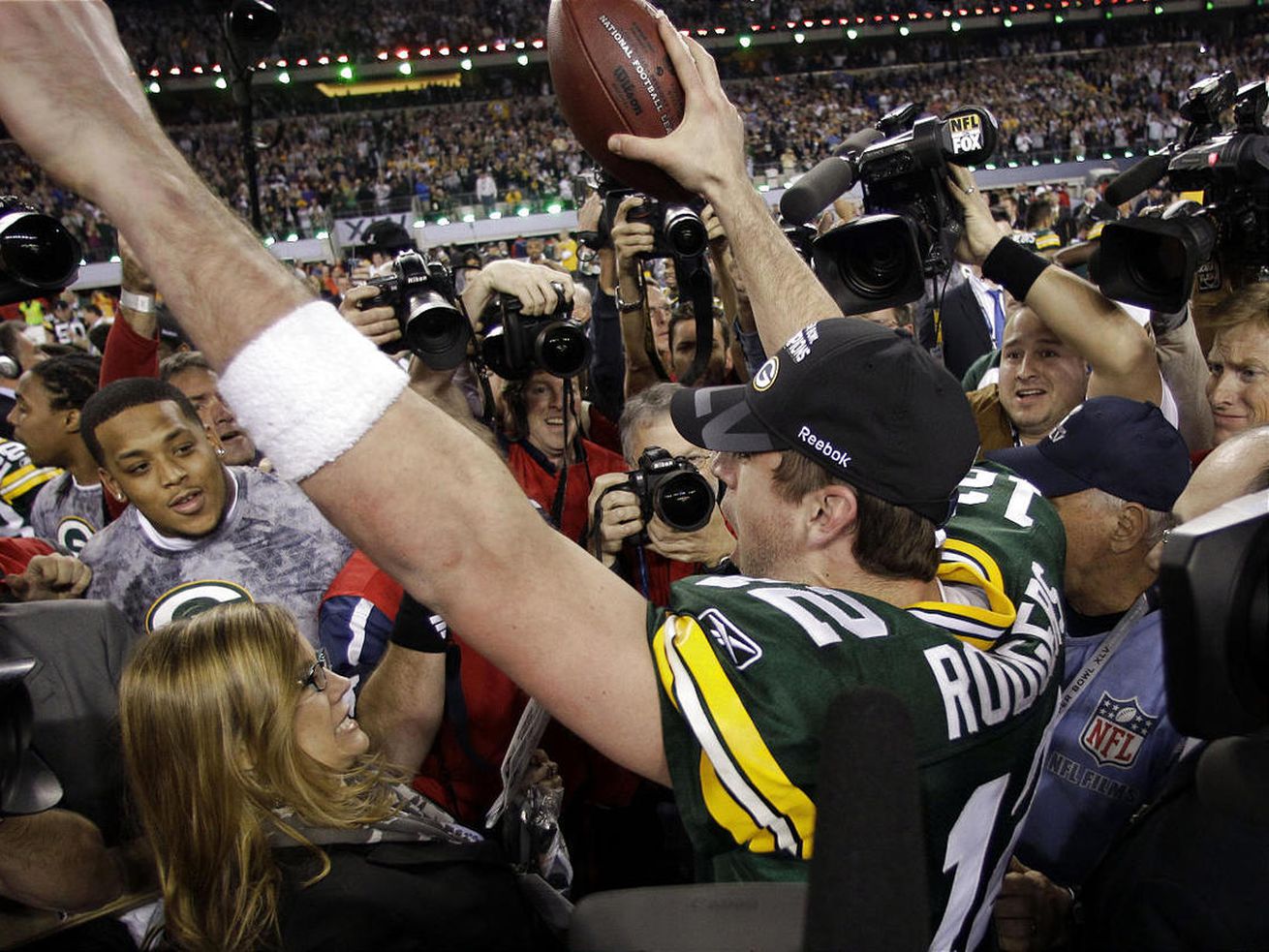 “I know him as, like, the nerd who wants to host ‘Jeopardy!’ That’s the dude I know,” actress Shailene Woodley said about her fiance, Aaron Rodgers. “He just happens to also be very good at sports”

Actress Shailene Woodley is opening up about her relationship with Green Bay Packers quarterback Aaron Rodgers.

During an interview with Jimmy Fallon on Monday, the “Divergent” star confirmed that she and Rodgers, who met during the pandemic, have been engaged “for a while.”

She also said she’s never been to a football game.

“We met during this whacky, whacky time and all the stadiums were closed that he was playing in, so I have yet to go to a football game,” the 29-year-old actress told Fallon. “I didn’t really grow up with sports, especially American sports. It was never really on my radar. When we met, I knew he was a football guy, but I didn’t know, like, what kind of a football guy he was. And I’m still constantly learning.

“I don’t know him as a football guy,” she continued. “I know him as, like, the nerd who wants to host ‘Jeopardy!’ That’s the dude I know. He just happens to also be very good at sports.”

USA Today recently confirmed that Rodgers will have a two-week stint as “Jeopardy!” guest host starting April 5. The NFL star taped his 10 episodes over two days in January.

Rodgers, who won a “Celebrity Jeopardy!” game in 2015, was so excited about the opportunity to host “Jeopardy!” that he accidentally broke the news before the show made an official announcement in January, according to the Deseret News.

Growing up, the Packers quarterback was a big fan of Alex Trebek. He told The Athletic that he was “starstruck” to meet Trebek in 2015.

“It’s happened a few times in my life where I’ve been starstruck by somebody,” he said shortly after Trebek’s death in November. “I was so excited, trying to keep it together and act like it wasn’t the huge deal that it was to me on the inside.”

In the month and a half before Rodgers’ “Jeopardy!” episodes air, “Jeopardy!” executive producer Mike Richards, Katie Couric and Dr. Mehmet Oz will take turns hosting the long-running quiz show.

“Alex was a legend, revered by all of us,” Richards said in a statement. “I want to thank our guest hosts, who will not only help all of us celebrate his great legacy, but also bring their own touch to the show.”

Golden Globes 2021: The Complete List of Nominees | Entertainment Weekly
Tiger Woods’ close call this week a reminder of how fragile life can be

Are the Utah Jazz-Atlanta Hawks comparisons accurate? Someone who has played for both teams weighs in