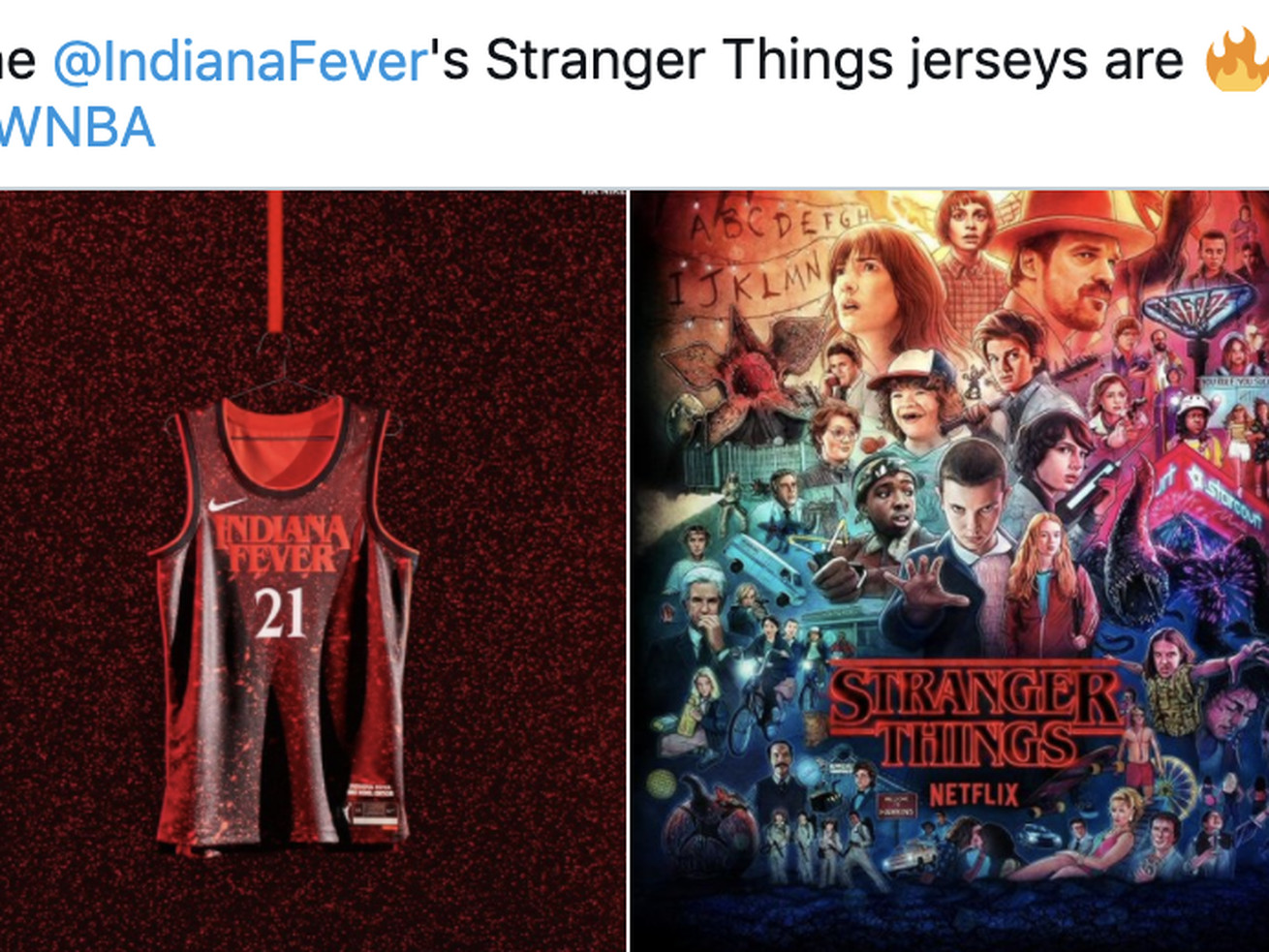 The WNBA has introduced new uniforms to celebrate the organization’s 25th anniversary, and the Indiana Fever got a “Stranger Things” jersey. | Twitter screenshot

We still don’t know when ‘Stranger Things’ Season 4 is coming out, but the WNBA has officially added to the hype

We still don’t know when “Stranger Things” Season 4 is coming out, but the WNBA has officially added to the hype.

On Thursday, the WNBA introduced new uniforms to celebrate the organization’s 25th anniversary. according to Nike.com.
Thanks to a partnership with Nike, all 12 WNBA teams now have three new game uniform editions. It marks the biggest jersey release in league history, featuring better-fitting uniforms, more inclusive sizing and the players’ numbers on the front of the jerseys, according to CBS Sports.
“The basketball uniform is an important representation of the brand of WNBA players and teams, and a point of pride for fans,” WNBA Commissioner Cathy Engelbert said in a statement, according to Nike.com. “In partnership with Nike, unveiling new and exciting adaptations of the WNBA uniforms is a dynamic way to build on the foundation of the league’s first 25 years.”
The Indiana Fever, in particular, started creating a lot of buzz on Twitter with one of its new jerseys. The team’s Rebel Edition jersey is “Stranger Things”-themed — everything from the uniform’s color to the font (the hit Netflix series is set in the fictional town of Hawkins, Indiana).

Welcome to The Upside Down https://t.co/qRxkQhfSjj

“Welcome to The Upside Down,” the Indiana Fever posted on its official Twitter account.
The Rebel Edition uniform was created to represent stories of female empowerment, CBS Sports reported.
“A rebel is unapologetic, and irreverent. Someone who rises in opposition and isn’t afraid to take on a challenge,” the Indiana Fever said in a statement announcing the jersey, according to CBS Sports.

On Easter, several “Stranger Things” cast members got their COVID-19 vaccines, and filming is once again underway, the Deseret News reported.
There isn’t an official release date for “Stranger Things” Season 4, but it is still expected to come out this year according to IMDb.

What does Zach Wilson need most to succeed early in his NFL career?